A Juxtaposition of Cessnas at Ardmore 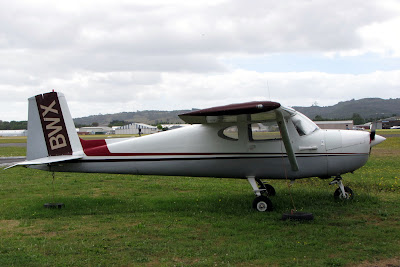 At Ardmore on 31 December I stopped off to photograph this old girl outside Christian Aviation when a much newer relative taxied up. It was a nice juxtaposition of the old and the new, and also of a Cessna 150 and a Cessna 510.

Cessna 150 ZK-BWX was one of the earliest Cessna 150's to come to New Zealand, being first registered in May 1960. It has been owned by the Brown/Dalton Syndicate of Takanini since at least 1984 and it may be for sale as it was parked in that area. It features a rather creative placement of its registration! Can anyone post the history of this aircraft? 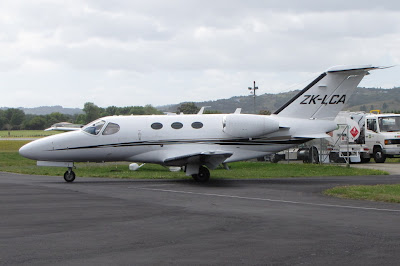 Cessna 510 Citation Mustang ZK-LCA is owned by Graeme Lowe Aviation Ltd of Hastings, and was first registered in New Zealand on 9 June 2009. It is one of three Citation Mustangs on the New Zealand register and it is ex N2243W. It is an example of a "Very Light Jet" and it can carry 2 pilots and 4 passengers.