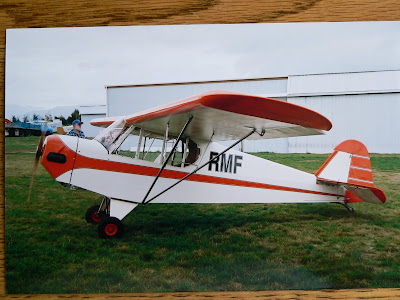 Here are the remainder of New Zealand's LM-1 Cub replicas, courtesy of Blue Bus and his excellent photo collection (I am not sure why the photos have come out as he scanned them, with tasteful wooden frames - they didn't look that way in Picasa!)

Above is ZK-RMF which was built by Andrew Fairhall near Blenhiem, photographed at Omaka. Andrew has since gone on to build the Andrew John Fairhall Special ZK-JBF (which is a modified Pietenpol). ZK-RMF was registered on 9/3/04 and is currently owned by G Thomas of Blenhiem. 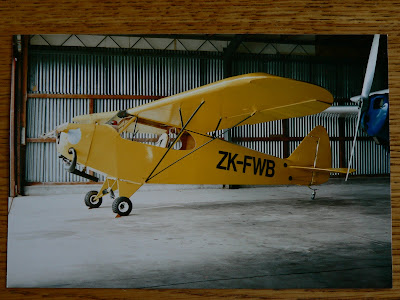 ZK-FWB was built by John Lowther at Timaru and was registered on 19/2/90. It would be interesting to know how many aircraft he has built. This photo was taken at Timaru very soon after it was registered (in March 1990). After having owners in Timaru, Waimate, Rangiora, Leeston, Waipukurau it is now owned by Paul Svendsen of Feilding 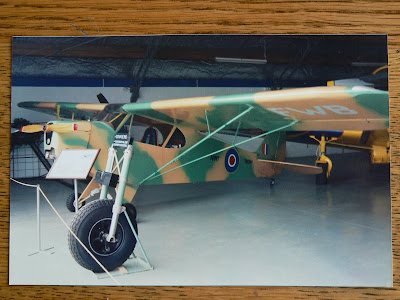 Here is ZK-FWB at Ashburton in 1997 wearing a camoflage scheme. 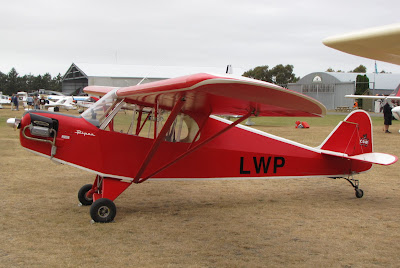 And finally here is a better photo of our newest New Zealand LM 1 ZK-LWP, which looks very tidy. It was built by L W Patterson of Picton and was first registered on 16/5/06. As FlyerNZL has posted, it is based at Koromiko near Picton. The photo was taken at the SAANZ fly-in at Ashburton in February 2009. This LM-1 looks to have a VW motor whereas all the earlier LM-1's had small Rotax motors.
Our final New Zealand LM 1 is ZK-CUB that I posted earlier in January, see: http://nzcivair.blogspot.com/2010/01/more-on-saga-of-cubs.html
I understand that there has been one more LM-1 Cub replica in New Zealand, ZK-FSZ that was cancelled on 5/1/95 at Christchurch. Does anyone out there have a photo of ZK-FSZ that they could post?