A couple of new ones at NZRT 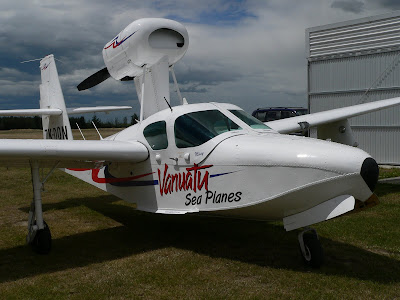 Visiting Aircraft Logistics Support at Rangiora today (07-01-2010) was the Lake LA-4-200 Buccaneer ZK-DQN (c/n 1045). This amphibian came to NZ from Fiji after lying idle for some time. It was rebuilt at Northland Aviation of Whangarei and came on our register on 22/04/2008 with Seabird Aeromarine Ltd of Whangarei. On the 20th November ownership changed to Paul Dalley of Christchurch. 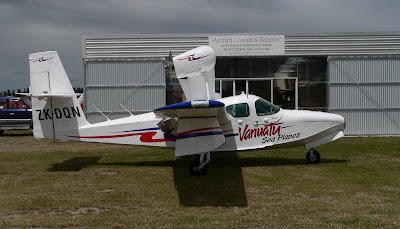 As you can see it carries the "Vanuatu Sea Planes" titles and and is named "Missy". Following NZCAA requirements ( a certain number of hours to be flown and water landing to be carried out) it is expected to fly north about the 20th of the month on its was to Vanuatu. The Company now has new owners and have replaced the previous floatplane Maule (YJ-NZ20) with this Buccaneer. So I imagine we will see it in "YJ " marks in due course.
The two earlier shots below show it at Northland Aviation Whangarei on 10-03-08 during its rebuild. 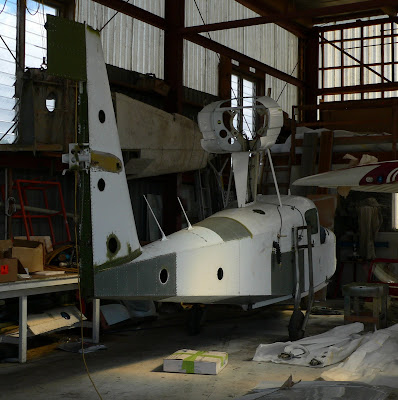 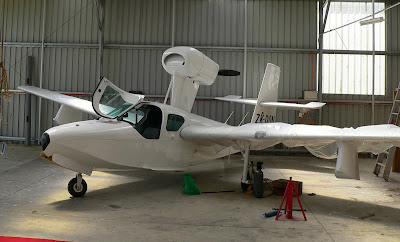 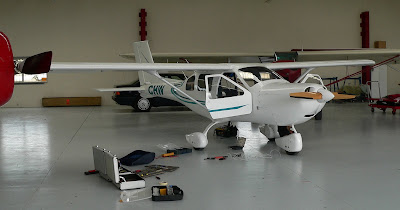