Yesterday I posted about the 67th anniversary of the first flight of the Fletcher FU 24, with a photo of the prototype ZK-BDS in its earliest configuration.  I reckon that over the intervening years the FU 24 mast have become just about the most developed aircraft in the world, so to illustrate this I will post a photo of the latest topdressing development of the aircraft being the Pacific Aerospace 750XL modified to Falco 3000 configuration - the FU 24 has come a long way! 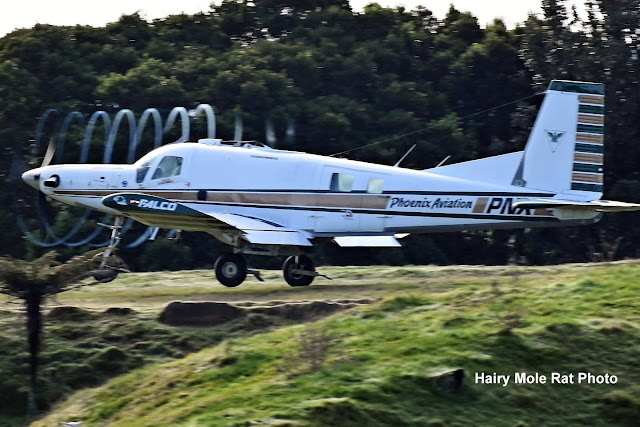 Falco 3000 ZK-PNX of Phoenix Aviation topdressing near Rotorua recently, a long way from home.
Thanks for the photo HMR.