Meanwhile, up in the North I was also enjoying a flight from Kaipara Flats airfield down to Ardmore with Brien O'Brien in his Fly Synthesis Texan ZK-TXN2.  The conditions we very smooth and the views were pretty spectacular over the Hauraki Gulf islands and up the Clevedon basin. 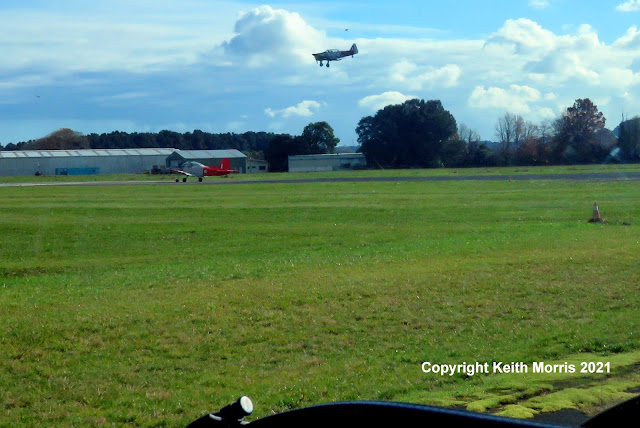 As we waited to take off on Runway 21 we had to had to hold while the Warbirds Roaring 40s team returned from a practice flight for their Open Day on Sunday.  The Harvards landed on the 21 Grass runway and while the first one was landing, the Warbirds Airtrainer was taking off on the sealed Runway 21. 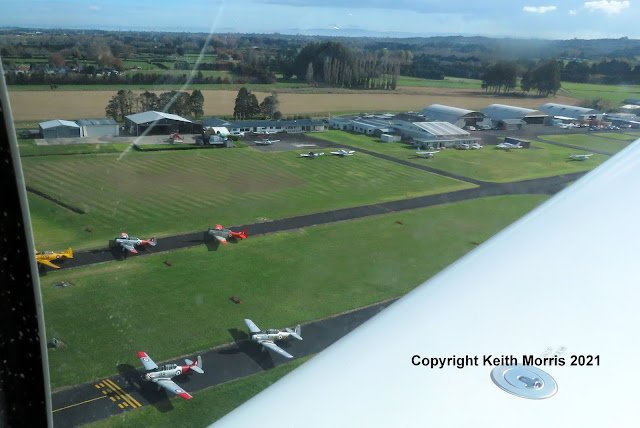 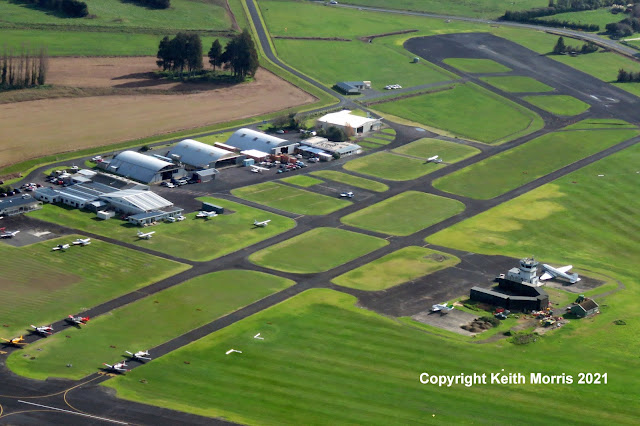 Looking back on climb out with the Harvards still waiting - it was quite busy. 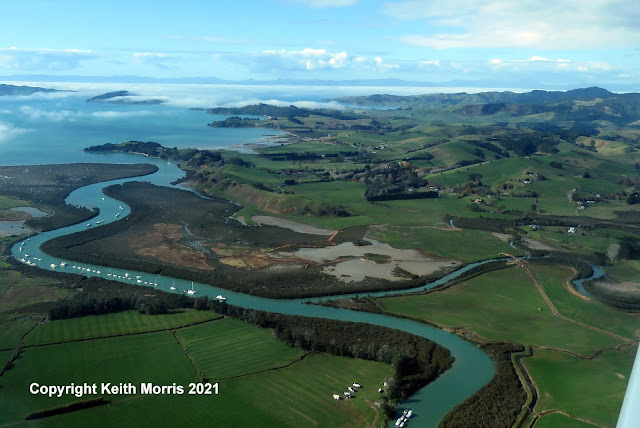 Just past Clevedon we could see that the Firth of Thames appeared tp be covered in sea fog which spilled into Kawakawa Bay. 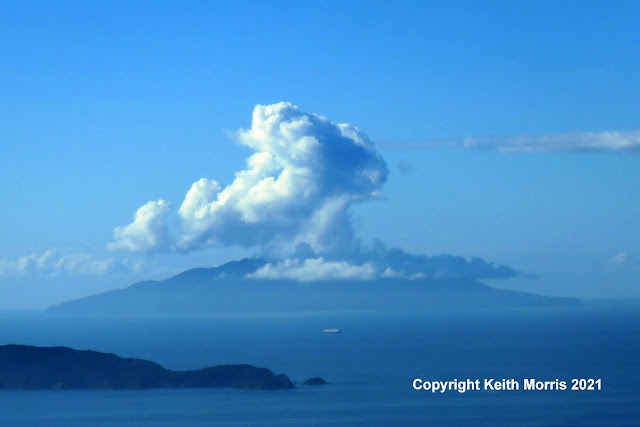 Then further North, Little Barrier Island appeared to be erupting!
Thanks for the enjoyable flight Brien.
Posted by Sir Minty at 21:04