A Flight to Whangarei and Back in Texan ZK-TXN

After a week of really grotty weather in the North, yesterday Friday 11 June was at least flyable and we were keen to fly somewhere!  So it was out to Kaipara Flats airfield with Brien O'Brien for a pre-flight in his Fly Synthesis Texan ZK-TXN2.  Then it was off on the relatively dry airstrip (once we got there) and we headed North through the murk for Whangarei: 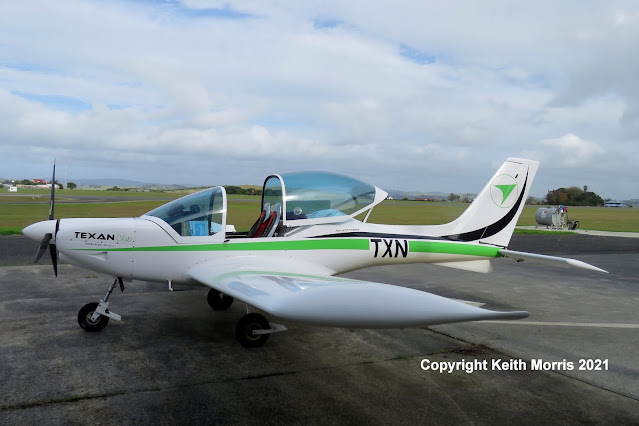 Our steed awaits.
I have already posted about Murray Belfield and his Pazmany Storch, but there was other stuff going on: 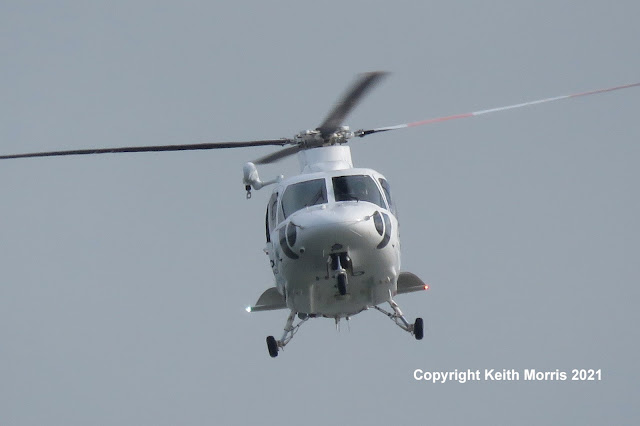 The Northland Emergency Helicopter Trust's Sikorsky S 76C ZK-HQO4 was carrying out training.  It was strange to see a helicopter arriving in the circuit but there is a 500 feet circuit at Whangarei for helicopters and gyrocopters.  Here it is on finals for Runway 06. 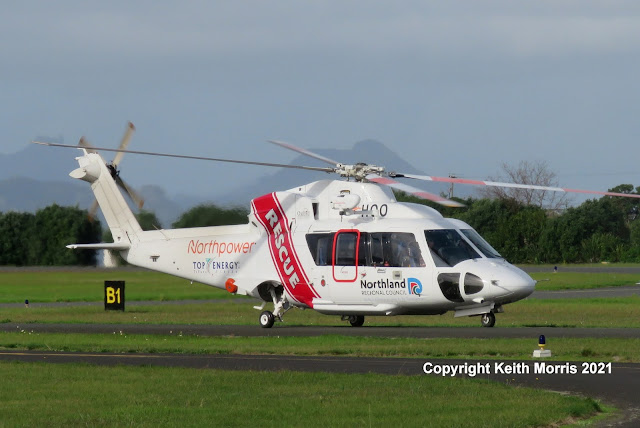 It also taxied along the taxiway, 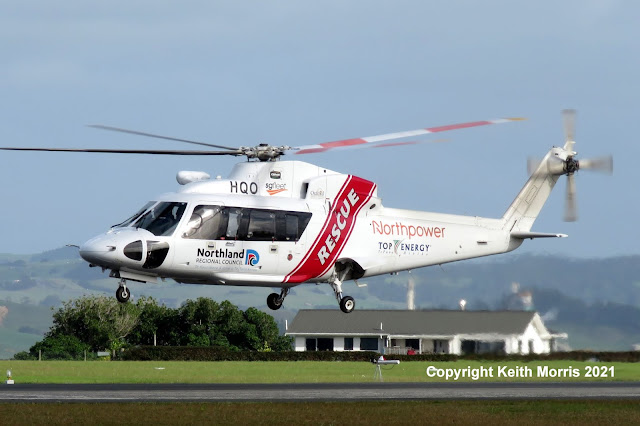 Before taking off on 06. 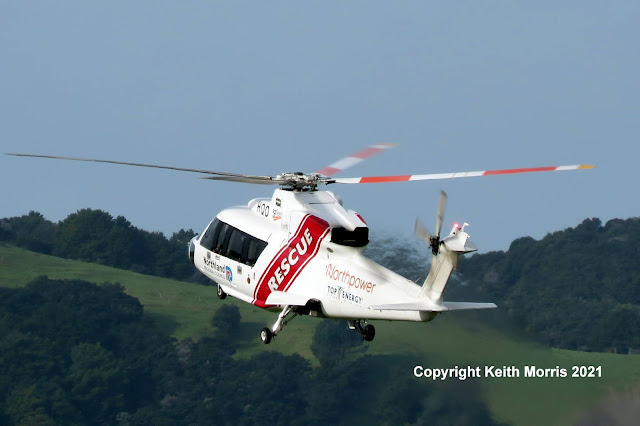 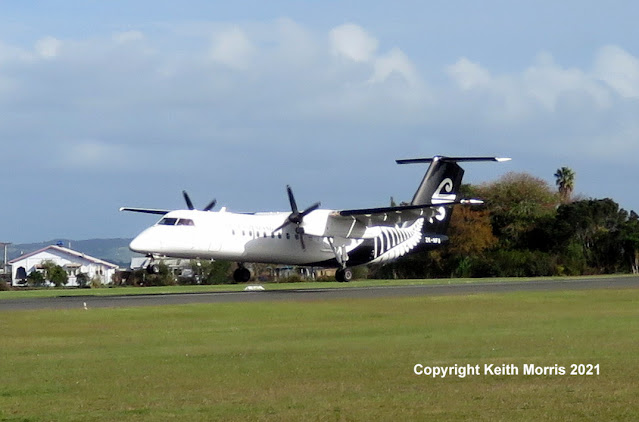 Although it was quite quiet, Air New Zealand Q 300 ZK-NFA2 arrived on a scheduled service. 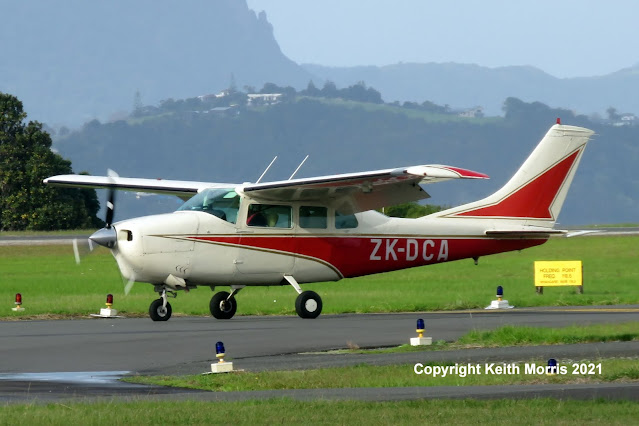 And locally based Cessna 210G ZK-DCA2 arrived back from Ardmore. 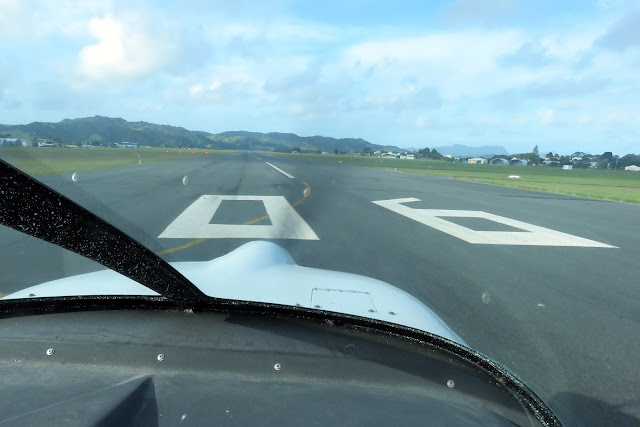 Then it was our turn for a Runway 06 departure 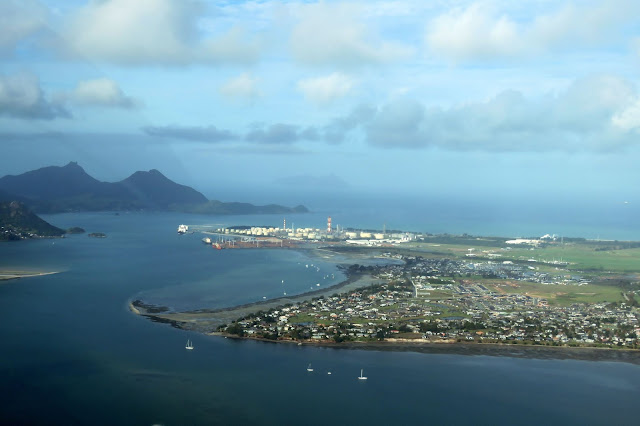 Out towards the Whangarei Heads with Marsden Cove and Marsden Point up ahead. 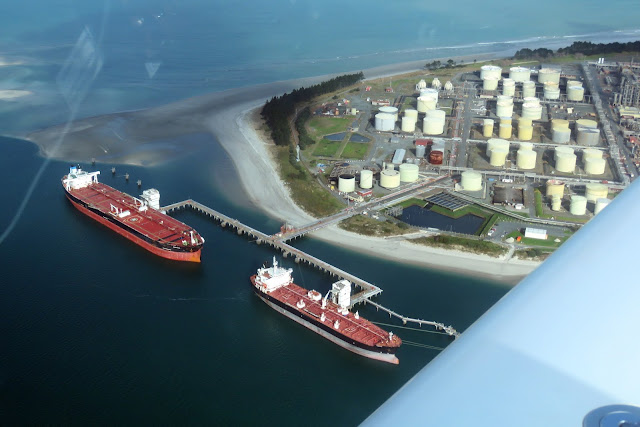 That is couple of big ships down there!
Thanks again for the very smooth flight Brien