67th Anniversary of the First Flight of the Fletcher FU 24

It has come to my attention that the 14th of June, was the 67th anniversary of the first flight of the Fletcher FU 24 in the US, on 14/6/54.  (That would have been the 15th of June in New Zealand).  So to mark this momentous event for New Zealand agricultural aviation, I will post the photo below from the Neville Drake Collection: 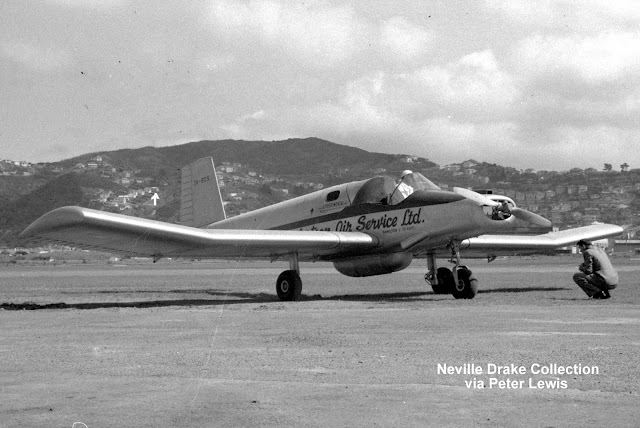 This really nice photo shows the prototype FU 24 ZK-BDS (c/n 1) at the old Rongotai Aerodrome in late 1954 during its test flying programme.  Note that it still has the original open cockpit and hopper doors.
This photo is also special to me because it shows our old house in Melrose in the background and I have taken the liberty of adding an arrow to show the house.  I could have even been at home when the photo was taken!
Thanks to Peter Lewis for supplying the photo.