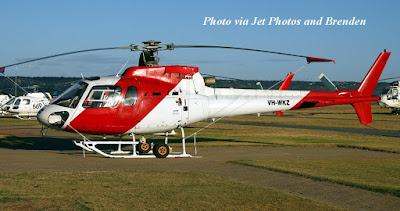 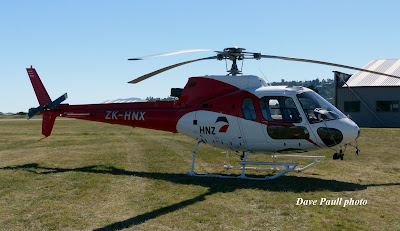 On the 21-11-2016 ownership was transferred to Kaikoura Helicopters Ltd. 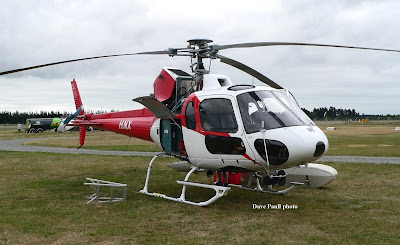 And above we have ZK-HNX3 at Heli Maintenance Ltd at Christchurch on 30-11-2016 minus its HNZ vinyls. 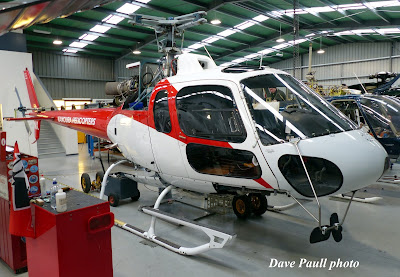 I caught up with it again (above) at Heli Maintenance at Christchurch on 02-08-2019 with Kaikoura Helicopters script on its tail boom.

It has since had a new instrument panel fitted and a cabin refurbishment plus a nose to tail overhaul. 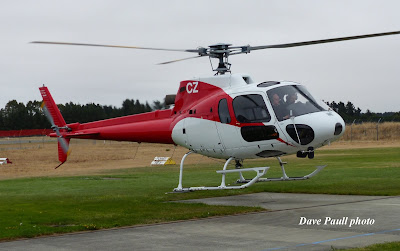 Above. Today it hopped from the Heli Maintenance facility about 50m to the Heli Centre refuelling pad.
And below - it then departed to the low flying area. 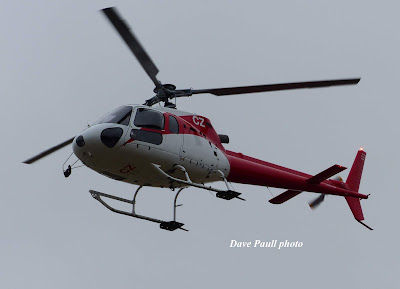