Errol Cavit flicked me a photograph of this Agusta Westland A109S Trekker captured at Ardmore today 02-02-2020 (see bottom photo).
Turns out there have been at least fifteen allocations of this Italian I-PTFO registration.
I also noted that I-PTFO was airborne around Milan yesterday.
So it is not this one !
This airframe was noted on display at the RAAF Edinburgh/Adelaide airshow on 09-11-2019 with no scripts or logos.
It was then noted at Redcliffe on 23-11-2019 by Simon Coates - photo below.
And then at Ardmore by Noel Jones on 10-12-2019.
I have taken a calculated guess that this is c/n 22718 - a small '18' on the rear window.
Some of the other I-PTFO's with numbers in the rear window seem to confirm that these are the last two numbers of the c/n.
If this is true then this one began life as I-RAIQ - again another multi issue Italian registration.
It then took up I-PTFO and was destined for Shanghai King Wing General Aviation Co Ltd in China about May of last year.
The photo below show it suitably marked up with the operators logo's still operating in Europe.
The PICC on the fuselage side is for the Peoples Insurance Company of China. 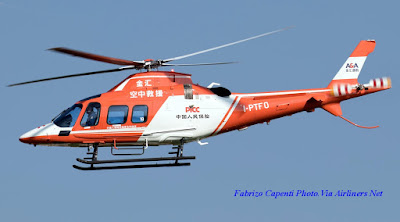 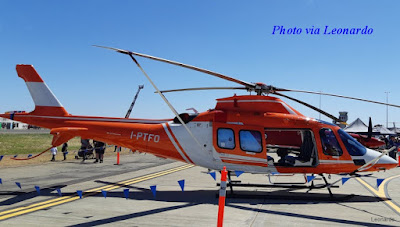 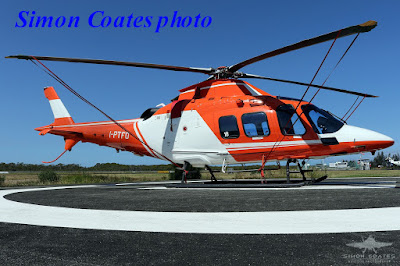 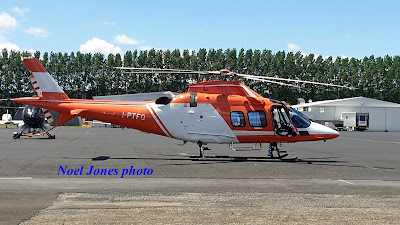 Below is yesterdays photo by Errol Cavit of it at Ardmore minus rotor blades. 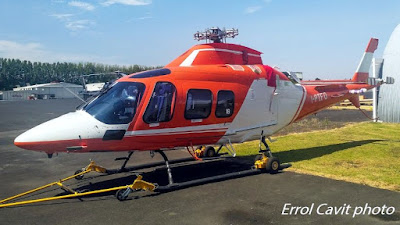