I travelled down to Wellington last Thursday, and as usual I allowed enough time for a look see down at the Air New Zealand and Air Chathams maintenance areas: 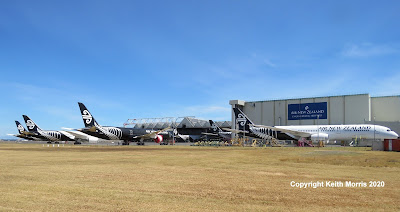 I don't know how much utilisation Air New Zealand is getting from their Dreamliners but there were a lot of them sitting around at their maintenance base.  There are 5 of the in this shot with another one obscured in the hangar.  ZK-NZD and ZK-NZE were engine-less. 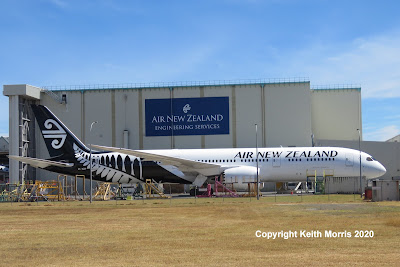 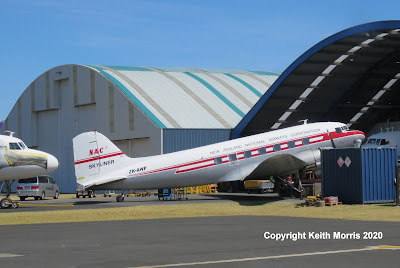 I must have just missed Richard Currie as I took an almost identical photo of the Air Chathams DC 3 ZK-AWP.  However I also caught the Convair 580 ZK-KFL behind the DC 3, and it seemed to have picked up some polystyrene on its bill. 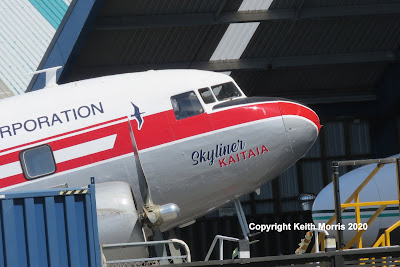 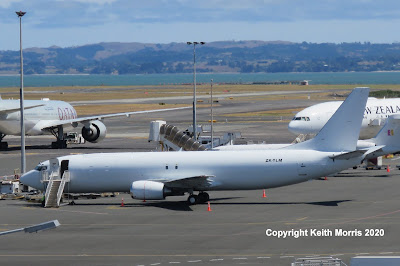