As I have previously posted, I flew up to Dargaville yesterday for their every-Saturday lunch, and as usual there was a good selection of aircraft - I counted 14 visitors for lunch.

Allan Cameron was there in his Techpro Merlin ZK-MEF 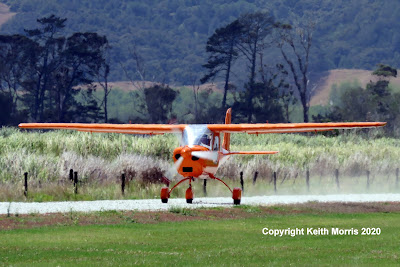 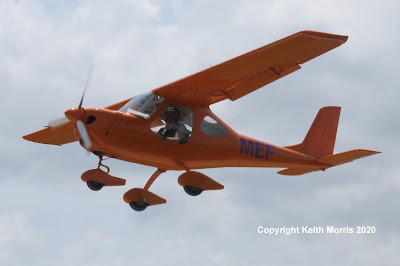 But it has great performance from the horizontally opposed twin cylinder four stroke HKS 700E engine which produces 60 HP. 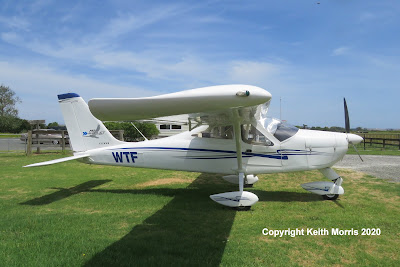 An aircraft that I haven't seen for a while was the Tecnam P 92 Eaglet ZK-WTF which is based at North Shore. 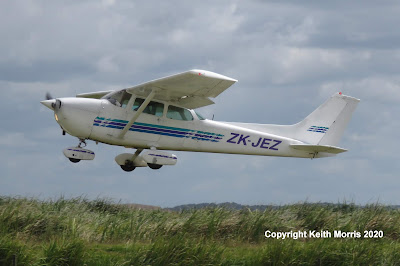 The Ardmore Flying School's Cessna 172N ZK-JEZ did some circuits prior to lunch.  Ownership transferred to them on 2/9/19. 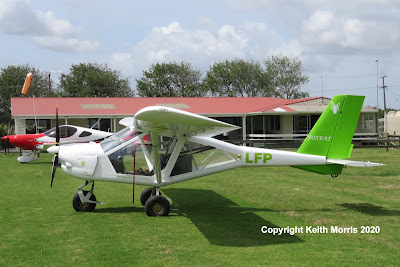 Another maybe first time visitor was Aeroprakt A 22LS Foxbat ZK-LFP of Lite Flight Green of Tuakau.  It is an aircraft that I had not seen before. 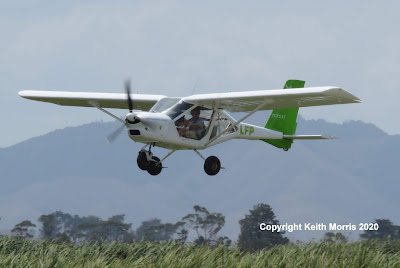 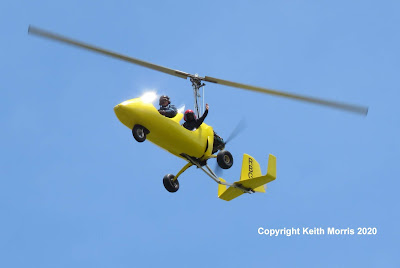 And a final wave goodbye from Penny Russell, heading off back to Whangarei with Rusty in their MT 03 autogyro ZK-RBG.