As my aircraft is now based at Kaipara Flats airfield I am out there more often and so I get to see some aircraft movements that happen.  Last Thursday was a case in point when Phil Haslemore flew his Europa up from North Shore. 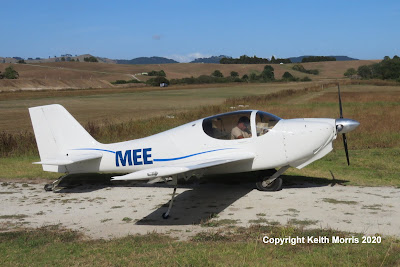 I did not pick what type of aircraft was doing a standard overhead rejoin until it was on finals and I saw the monowheel.  Here Phil taxies to a halt in ZK-MEE. 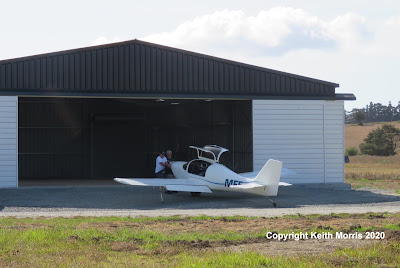 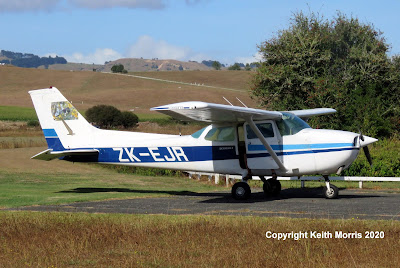 And then long time Kaipara Flats resident Cessna 172N ZK-EJR also taxied in.  It is now owned by Rod Miller and carries a large photo of a Keruru on the tail, that Rod took himself.