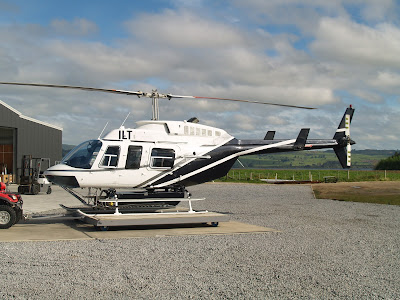 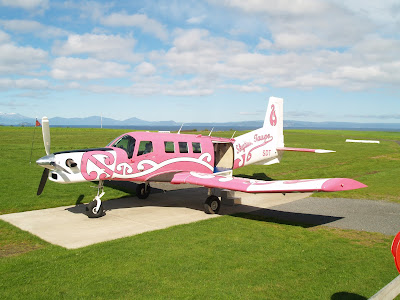 Across the airport, Skydive Taupo's jump ship, PAC750XL ZK-SDT (c/n174, and previously ZK-KBK), awaited its first load of the day. It replaced the previous ZK-SDT, also a PAC750XL, which ditched in Lake Taupo on 7 January last year. The colour scheme is perhaps more refined than the previous machine's all-over pink. 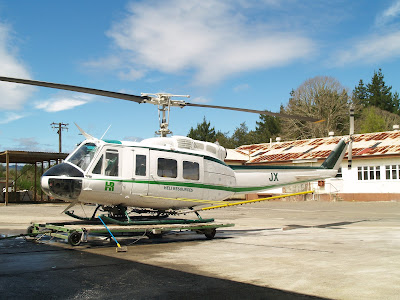 There may not be many reasons to visit Murupara, in the heart of the Kaingaroa Forest, but one of them is to catch up on the diverse fleet of Heli Resources. UH-1H ZK-HJX (c/n13710) had just returned from a spraying duty in the forest, again on 10 October. It joined the register on 20 August 2008, and is operated alongside sister ship ZK-HZX. 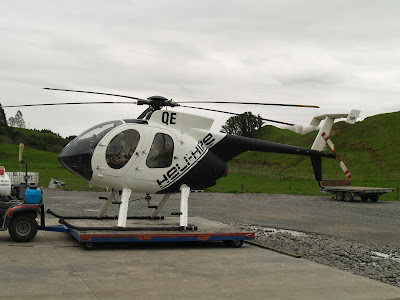 Hughes 369FF's were once rather rare here, but there has been a steady trickle of them into operation over the last few years. Imported in September last year by Dave Lealand's Heli-Hire is ZK-HQE (c/n 0601FF), at Ngongotaha, also on 10 October. It is a little different to our other F models in that it was the second factory conversion of an E model, undertaken in 1998.﻿ 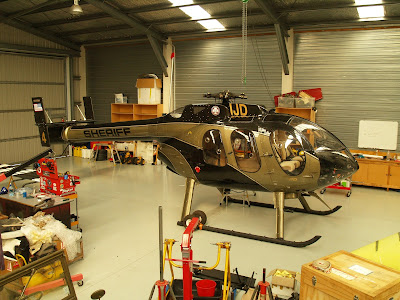 Sticking with the Hughes/McDonnell Douglas theme, our fourth MD600N (if memory serves me well) is ZK-IJD (c/n RN-029) ex Dale County Sheriffs Office of Ozark, Alaska, seen here coming together at Tauranga on 13 October. MD600's are a rather rare breed, with only 84 built so far. This machine will go into service with Amalgamated Helicopters in Carterton. ﻿ 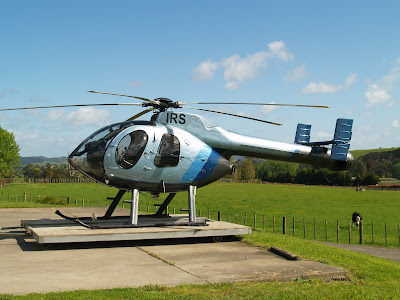 And keeping with the Notar theme, New Zealand maintains the record of operating the most MD520N's after the US. This is the machine that started that line, ZK-IRS (c/n LN001), built in 1991 for the City of Phoenix Police Department, and here since January 2015 with John Shivnan at Clevedon. The Phoenix Police colours are shared with another of our MD520N's, ZK-HWH, currently operating with Opotiki Helicopters.﻿
Posted by greybeard at 12:34