The Alpi Pioneer 300 was derived from the Italian designed Asso Champion V which looks externally similar but is really a different aircraft.  The Alpi 300 is also a very different aircraft to the Alpi 200.  It is of all wooden construction with composite fairings providing the shape for the fuselage.  The ply covered wing is tapered and the original undercarriage was a tri-gear retracting outwards, which gives a relatively narrow track.

As with the Alpi 200s, Alpi 300s are assembled in a factory located at Pordenone in North East Italy, near Venice, and can be ordered as a kit or as a completely built up aircraft needing only engine, instruments and interior trim.  The wooden airframes are built in Croatia.  The factory can also apply a colour scheme, or local customers can apply their own colour scheme, which has been done for several of our Alpi 300s.

Logan McLean became the Alpi agent for New Zealand in the early 2000s and imported a pair of aircraft as demonstrators - an Alpi 200 and an Alpi 300.  Like the Alpi 200, the Alpi 300 has proved a popular aircraft in New Zealand and we have had a total of 22 registered here to date, of which all 22 are still current.  However of the 22 aircraft, 9 have been re-registered which can be a bit confusing. 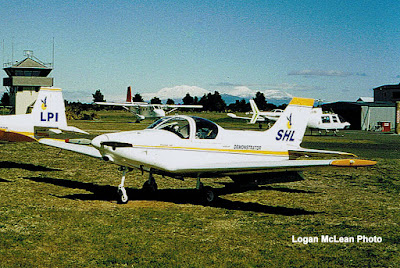 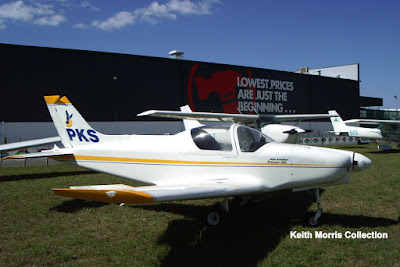 On 9/4/03 it was re-registered as ZK-PKS and the next day ownership changed to Ivan AT Strathern of Hamilton.  Somewhere along the line it was damaged in a take off accident at Glenrock Station near Lake Tekapo and it was cancelled on 19/6/03.  However it was re-registered again on 21/10/03 to Brett Emeny of Inglewood who repaired the aircraft following its damage.  Then on 11/5/04 ownership transferred to Kent Ashton of Rotorua, with whom it is still current.  It is photo'd above at the 2006 SAANZ flyin at Tauranga on 5/2/06. 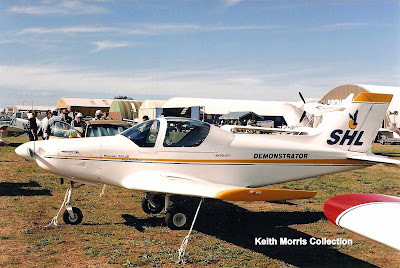 The second Alpi 300 demonstrator was ZK-SHL3 (c/n NZ85) which was registered to Alpi Aviation NZ Ltd on 11/4/03, just 2 days after ZK-SHL2 was de-registered.  This aircraft ws powered by the Jabiru 3300 engine as can be seen by the Pioneer 300 JS badging and the different shaped engine cowling.  The aircraft is photo'd above at the 2004 SAANZ flyin at Tauranga. 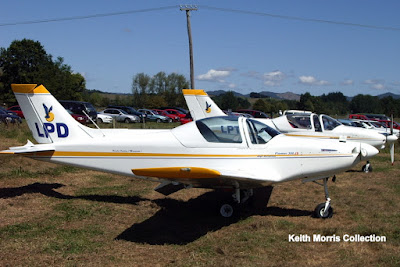 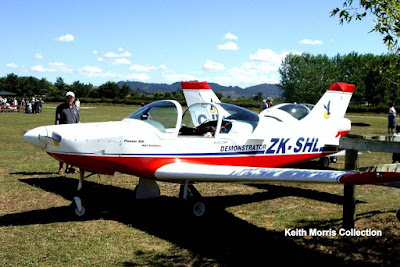 The third Alpi 300 demonstrator was ZK-SHL4 (c/n 122) that was registered to Alpi Aviation NZ Ltd on 4/2/05.  It was also Jabiru powered as can be seen in the above photo taken at Te Kowhai on 12/3/05.  Logan McLean flew this aircraft to Australia and return in 2005 to help launch Alpi Aviation in Australia. For the trip Logan fitted and additional 80 litre fuel tank  and flying time was 10 hours to Australia and 8 hours return. 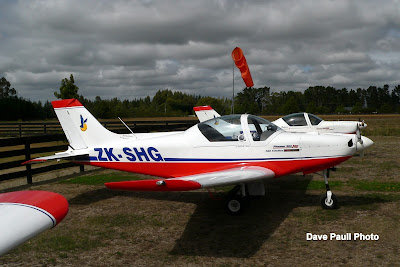 The aircraft was sold to Graham Gimblett of Dannevirke on 20/11/06 and the registration was changed to ZK-SHG2 on the same day.  It is still current with Graham Gimblett and is photo'd recently at an Alpi flyin organised by Logan McLean at his base at Fernside Field, near Rangiora, on 14/3/15.