Following on from the earlier post about the Pioneer in the ag field (see this link = Ag Pioneer )
Alastair Millar has sent in these tow views of his operation initially using the Zenair CH701 STOL ZK-KJR (c/n 7-3854) of the South Eyre Trust. 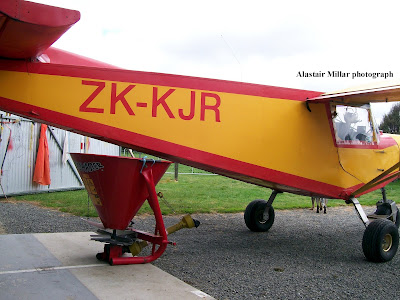 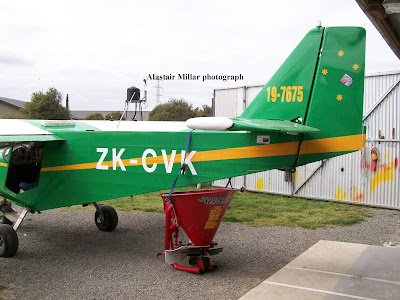 
'I did my own mod on my old KJR five years ago,  the 3 pt linkage spreader was good in that it could be loaded by the pilot from bags. The 701 was well suited with its rugged construction and with its slow speed I didn't notice the drag although I did have to use full  trim.
As in the CVK pic I am doing the same mod to the Savannah.'