With over 100 homebuilt and sport aircraft at the 50th Anniversary AACA/SAANZ flyin at Bridge Pa, it is impractical to post every aircraft that attended, so I will post the new aircraft attending their first flyin, or aircraft having new colour schemes, by the day they arrived at Bridge Pa.  The photos are not necessarily taken on the day on their arrival. 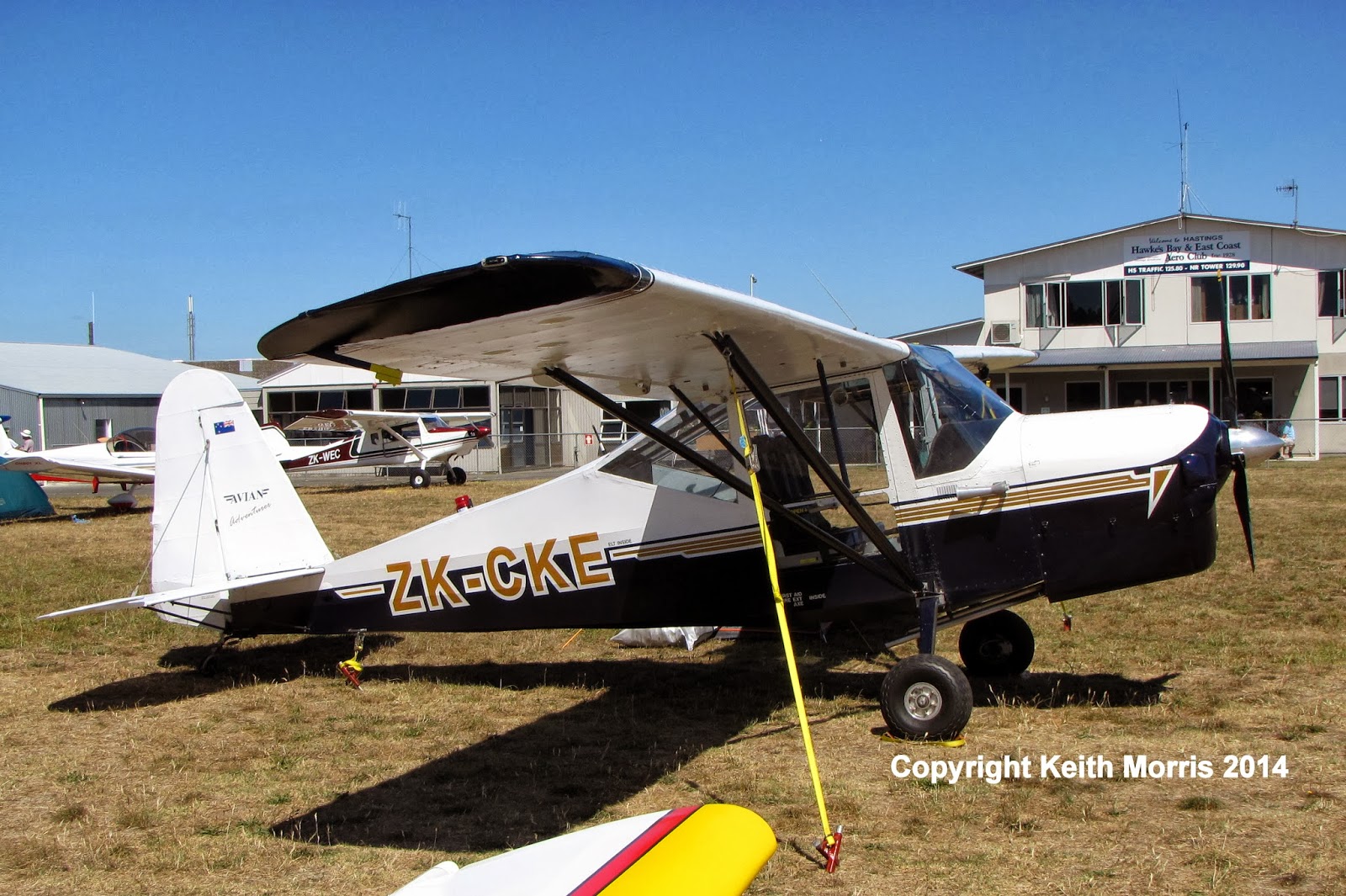 Bruce Cooke's Avian Adventurer ZK-CKE at its first SAANZ flyin.  This is a significant aircraft as Bruce designed it as well as building it.  He gave a lecture on the construction of the aircraft, which is mainly of rivetted aluminium extrusions.  Power is from a rebuilt Subaru EJ 20 engine from a Subaru Legacy, mated to an Autoflite gearbox. 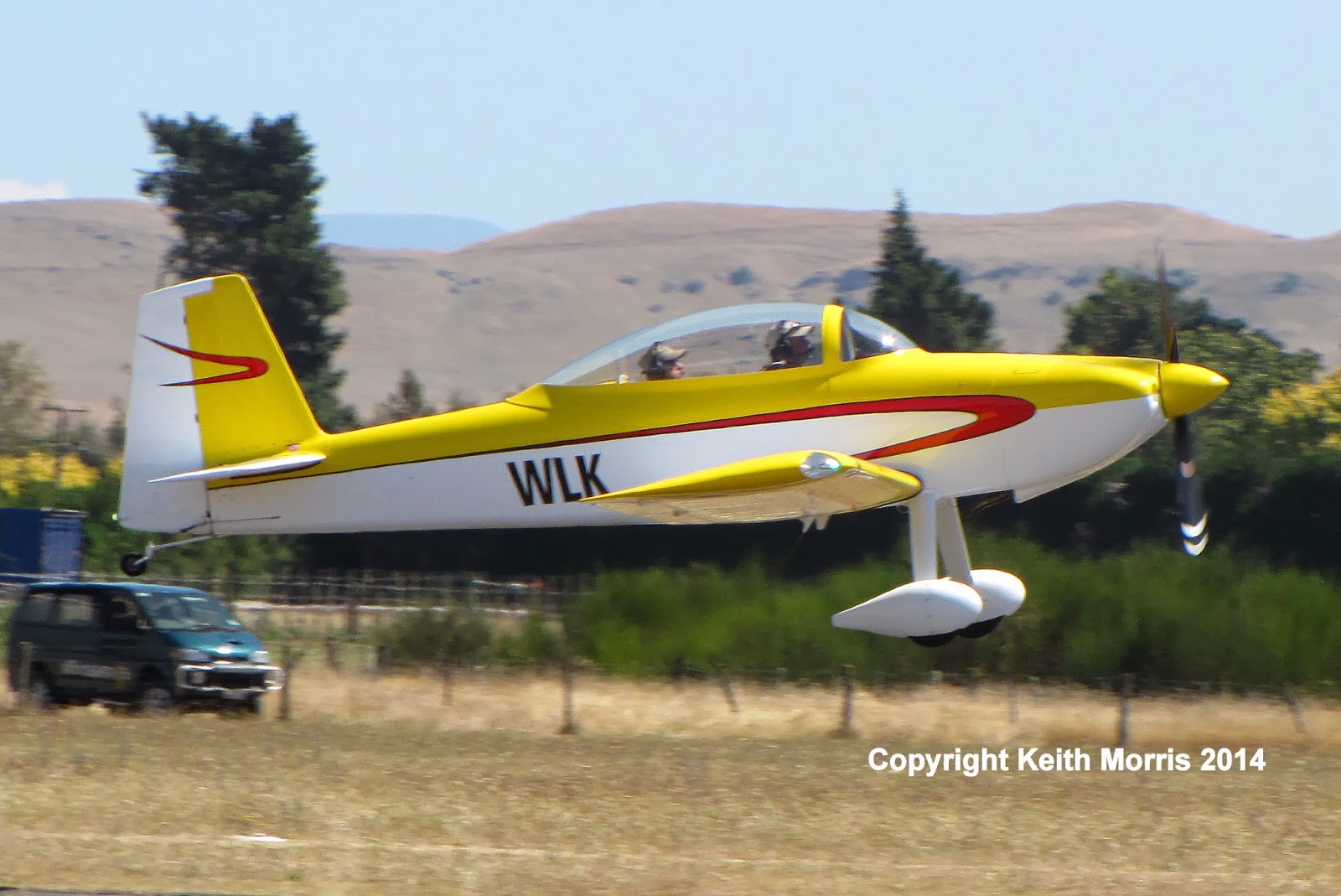 David Wilkinson's Vans RV 8 ZK-WLK has been well documented on this blog.  David was the most active pilot at the flyin, taking many other pilots for rides over the 4 days of the flyin. 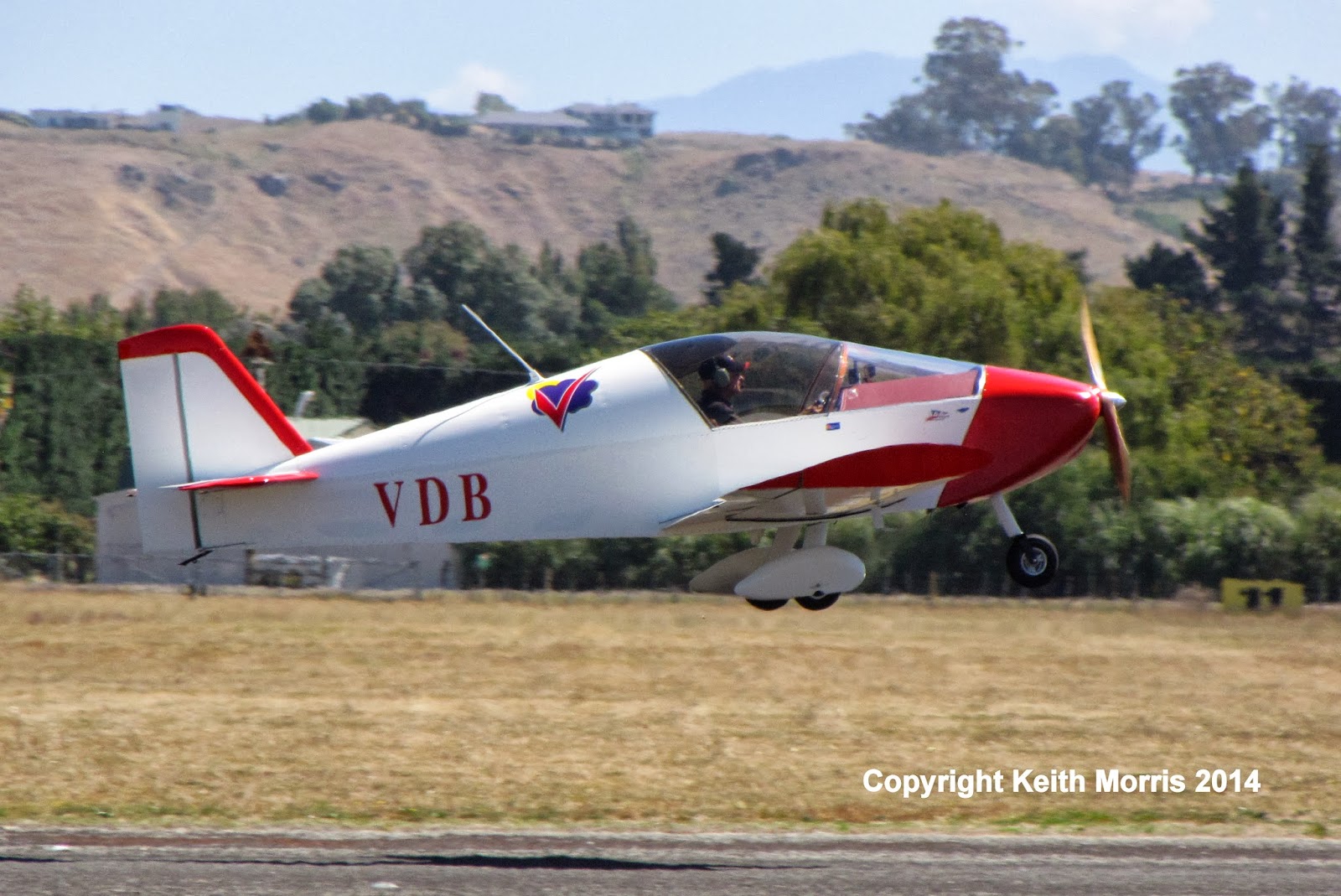 Mark Norgate flew his Sonex Tri-Gear ZK-VDB from Whangarei to the flyin. 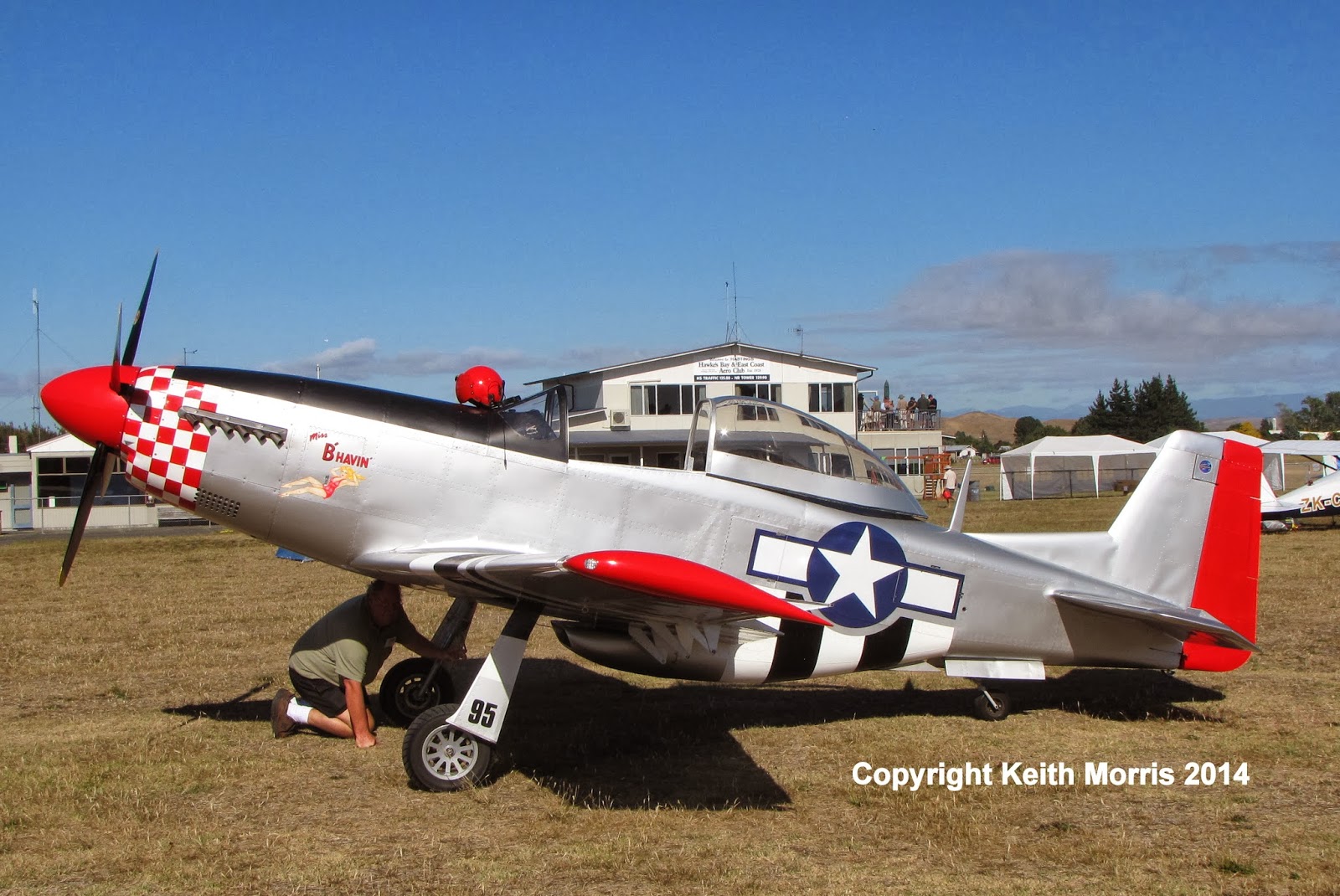 A very distinctive sound on Thursday afternoon announced the arrival of Peter Walton's Titan T 51 Mustang ZK-WSV from Whitianga.  It has a Suzuki V6 engine.  Here Peter checks the aircraft before another flight. 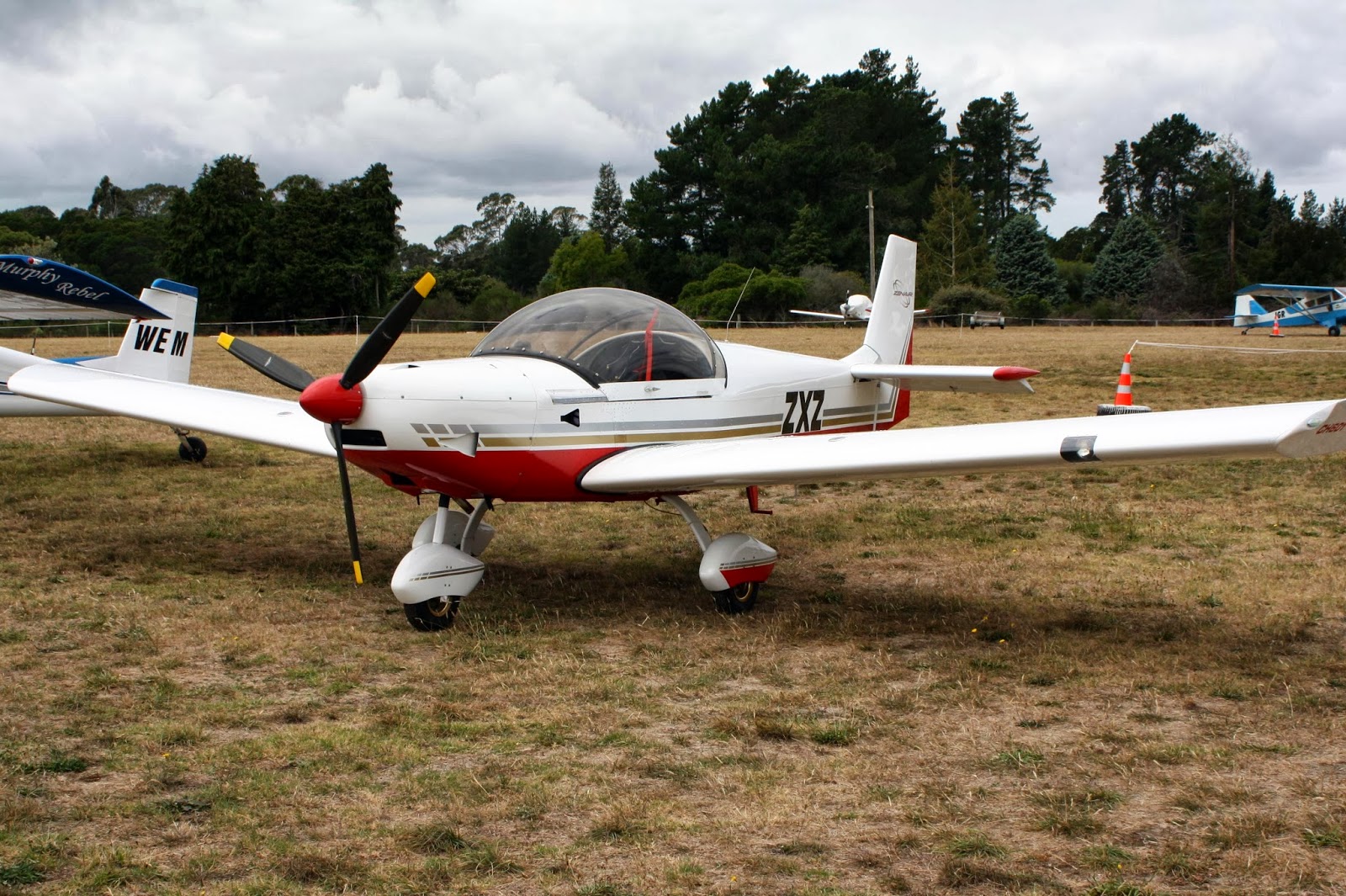 A much quieter arrival was Gavin Magill from Auckland in his Zenith CH 601XL ZK-ZXZ.  Thanks to Gavin for the photo. 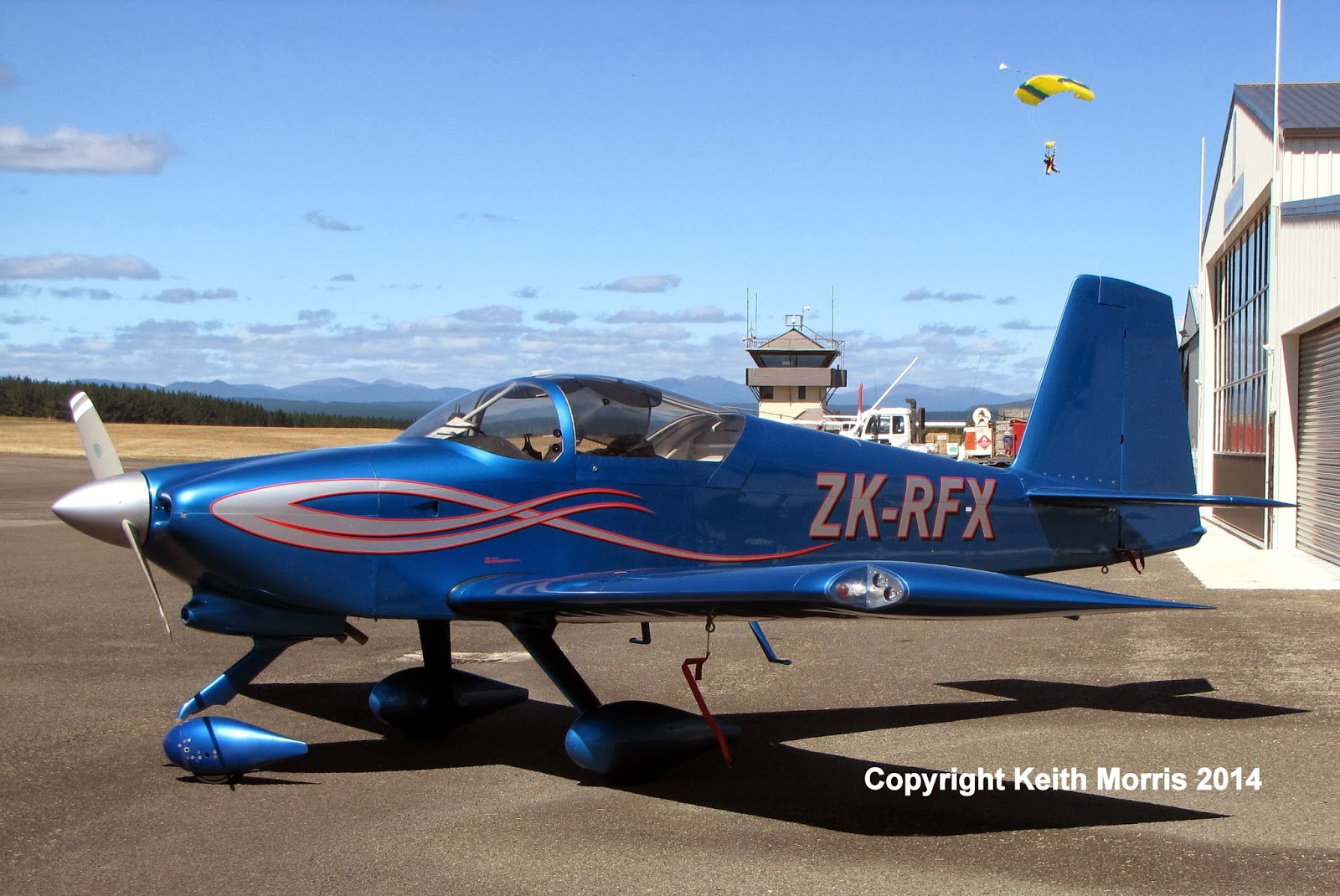 Vans RV 7A ZK-RFX has attended previous SAANZ flyins, but as ZK-REX.  It was built by Rex Newman of Blenheim and is is now owned by Alan Scott from Hamilton.  Rex Newman's second RV 7A ZK-REX was also at the flyin.  The above photo was taken at Taupo en-route to the flyin. 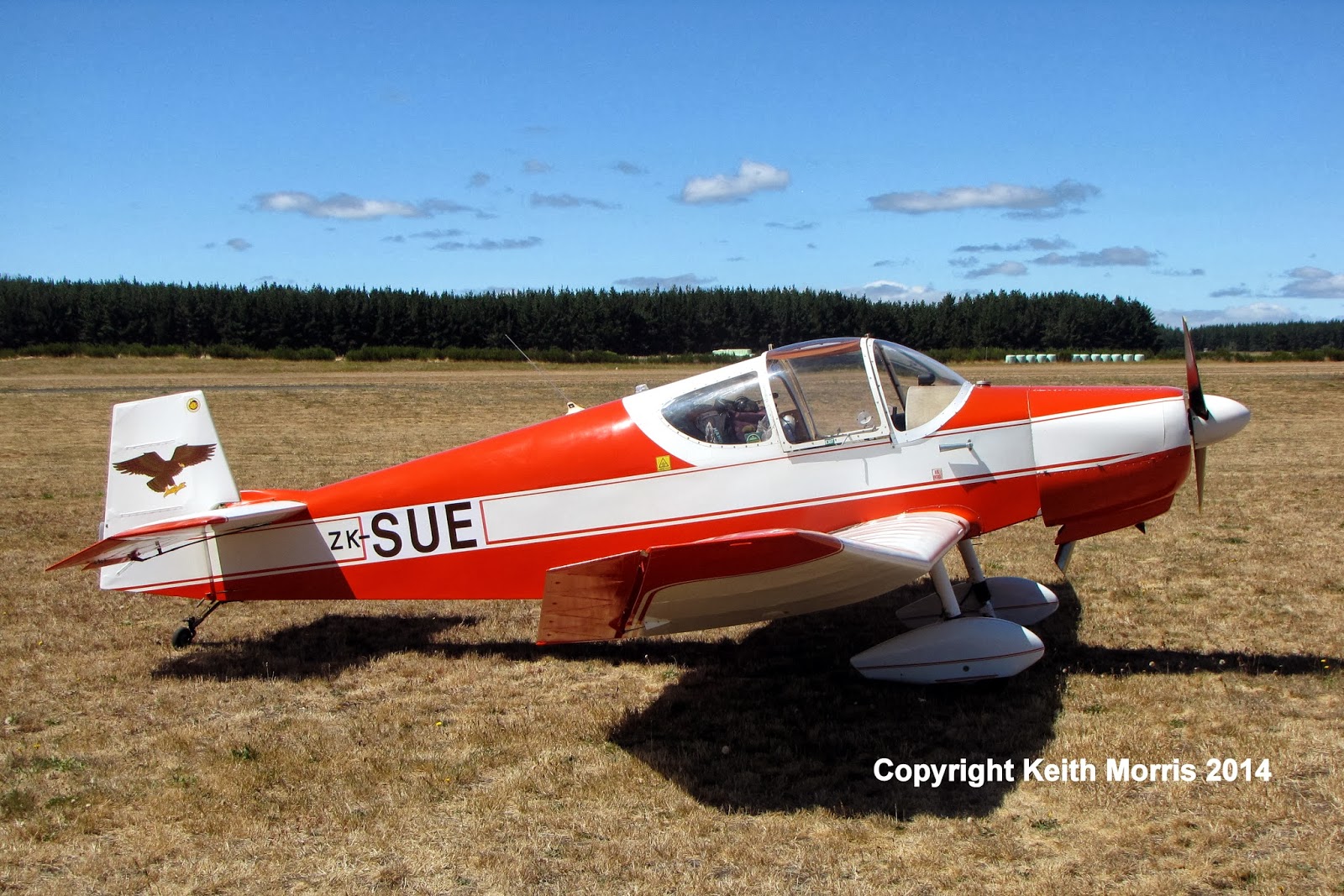 Graham and Sue Walker's trusty Jodel D 11 ZK-SUE from Whangarei has had a refurbishment after around nine years of inactivity, and still looks really nice.  This photo was also taken at Taupo en-route to the flyin.