Friday's arrivals of aircraft attending their first SAANZ flyin (and some in new colours), included the following: 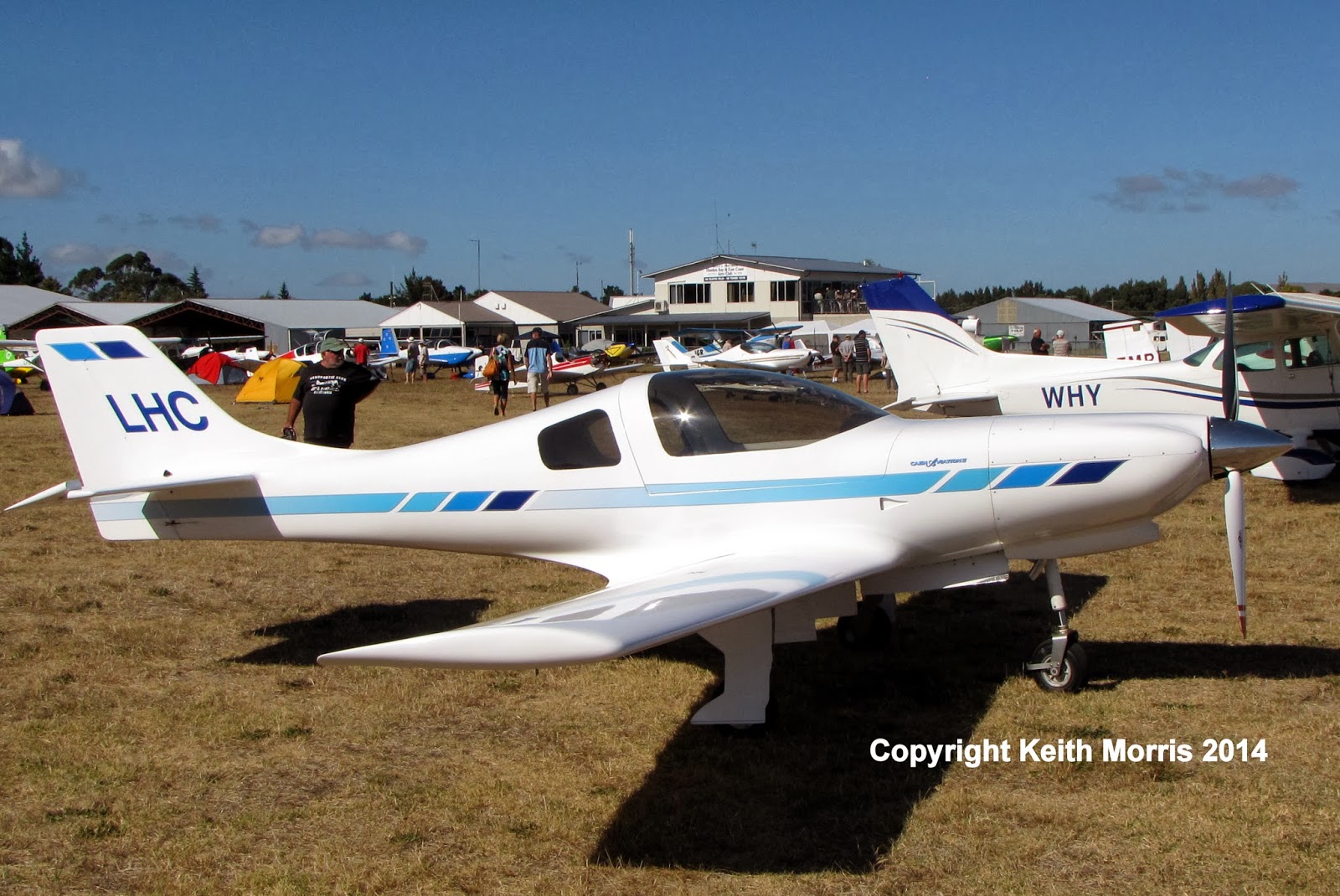 Harry Harris flew his LM Harris CASH Model 3 from Tauranga.  (Model 1 was his KR2 ZK-JLW and Model 2 was his Ultralight Spitfire ZK-JNM). 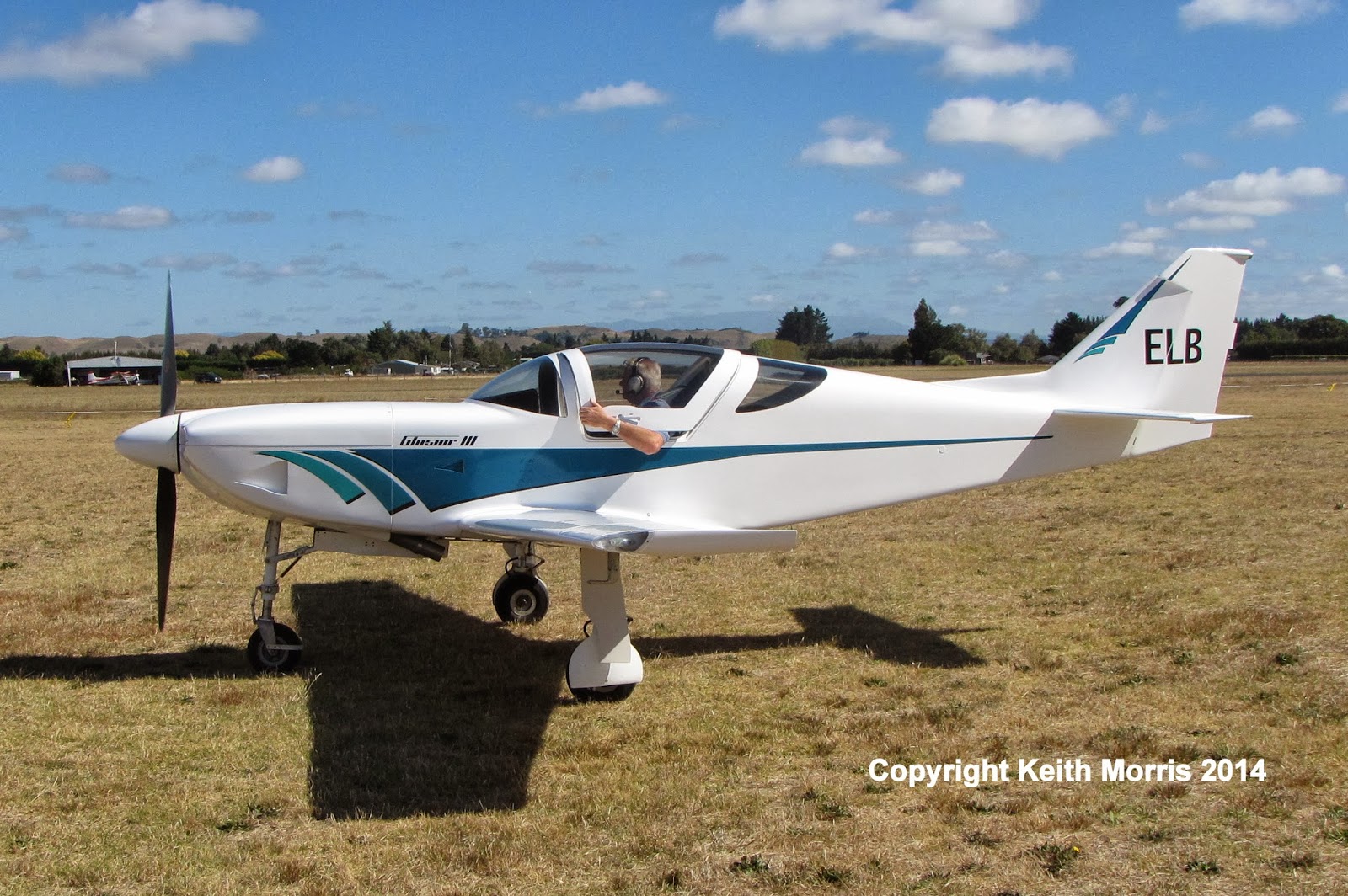 Buster Persson taxies in after flying his Glasair III ZK-ELB from Whitianga in what must have been the fastest flight to the flyin.  This is Buster's second Glasair III and now features the same trim scheme as his ZK-MKP but in blue tones.  ZK-ELB was built from the fuselage of Bob Irving's ill-fated ZK-EFW and a new wing. 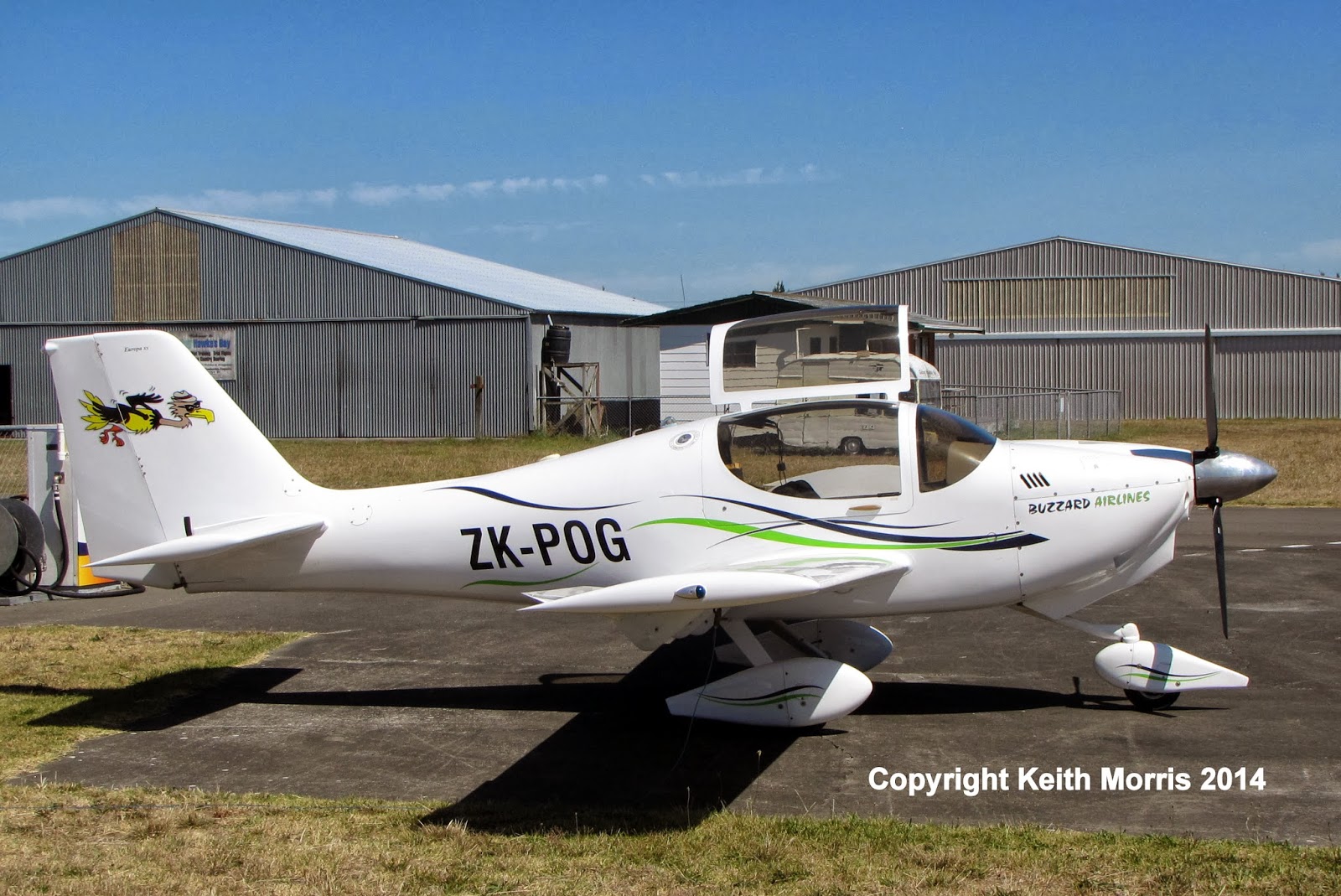 Tri-gear Europa ZK-POG was flown from Tauranga by John Martin, marked up as Buzzard Airlines - maybe it is a fourth level airliner?  John told me that Buzzard Airlines is a reference to the Tauranga tandem parachute operation, which he also operates.  Don't be fooled by the nosegear spat, it is the result of a push-back to the fuel pumps! 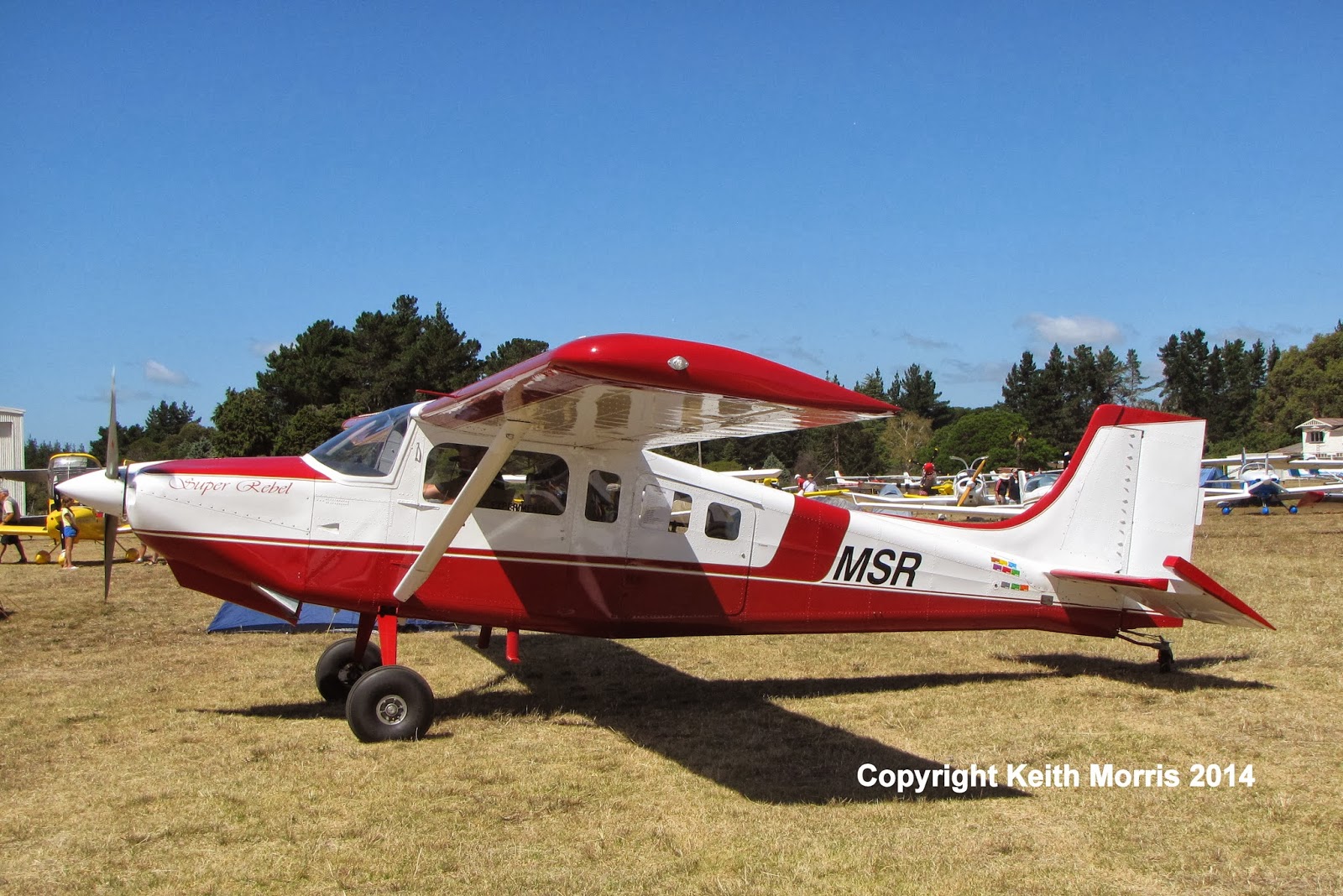 Ike and Trish Stephens flew their newly imported Murphy Super Rebel ZK-MSR down from Tauranga.  It is one big homebuilt! 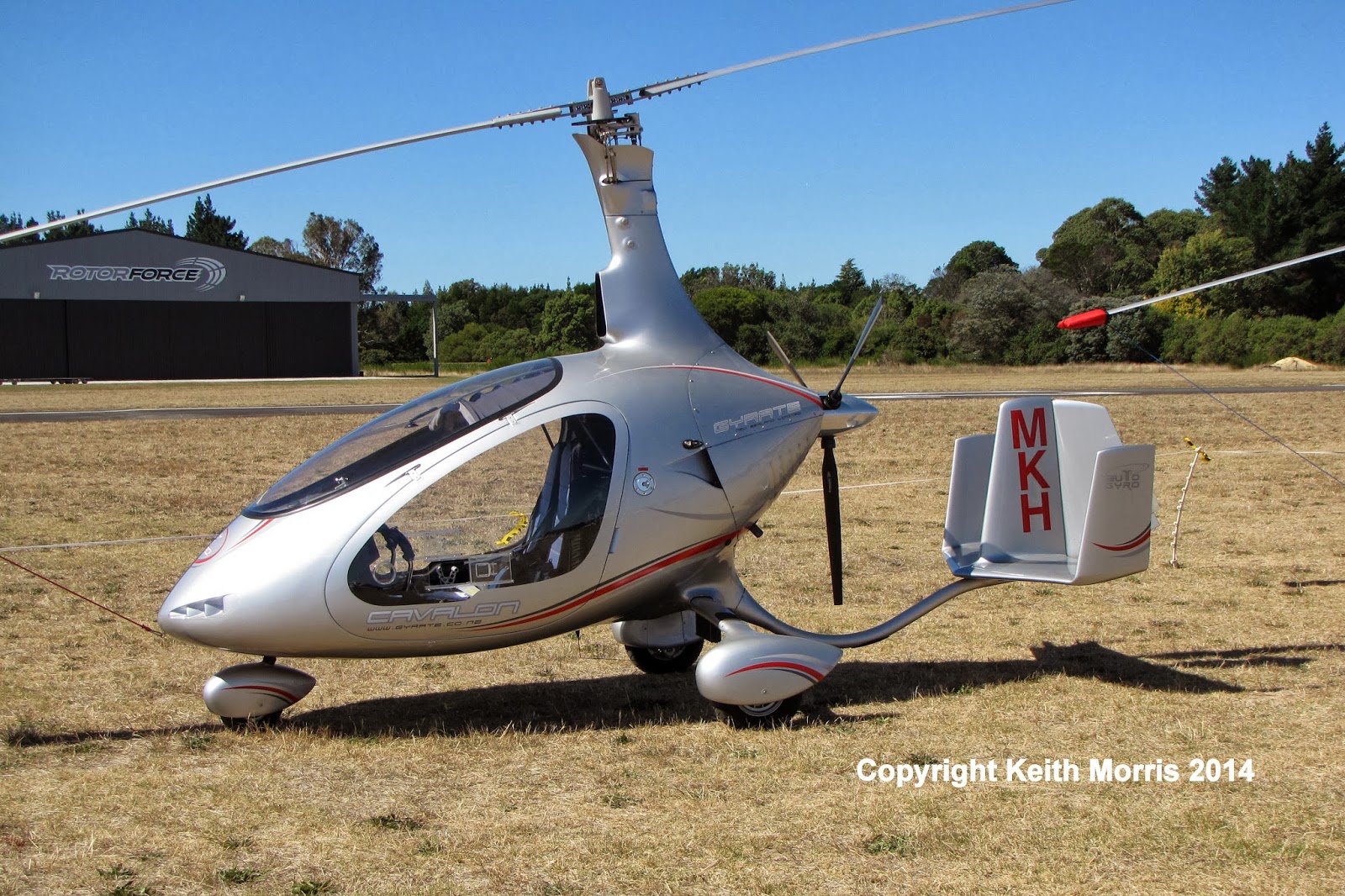 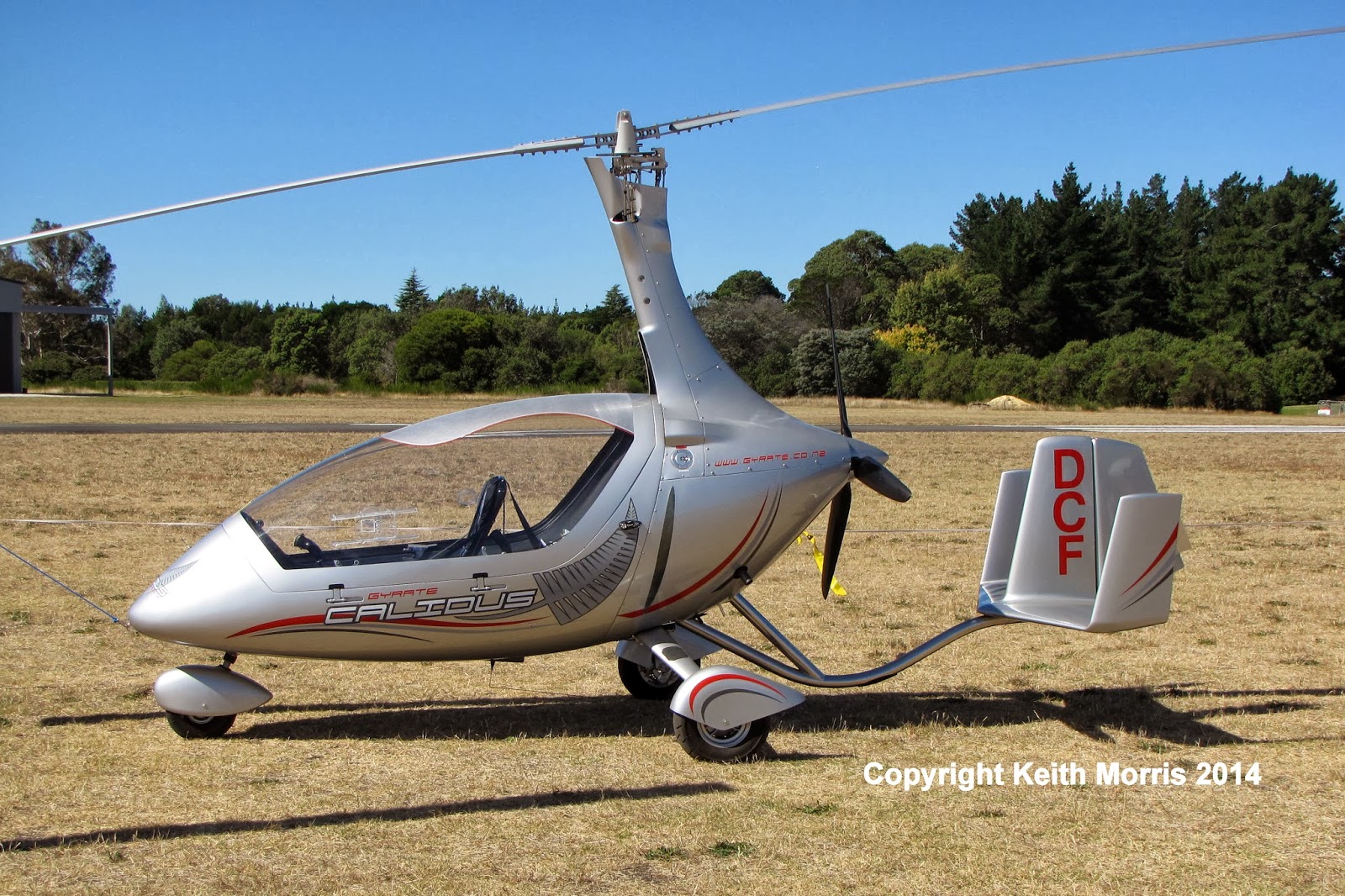 And Darryl Goodwin of Tirau flew in in his AutoGyro Calidus ZK-DCF. 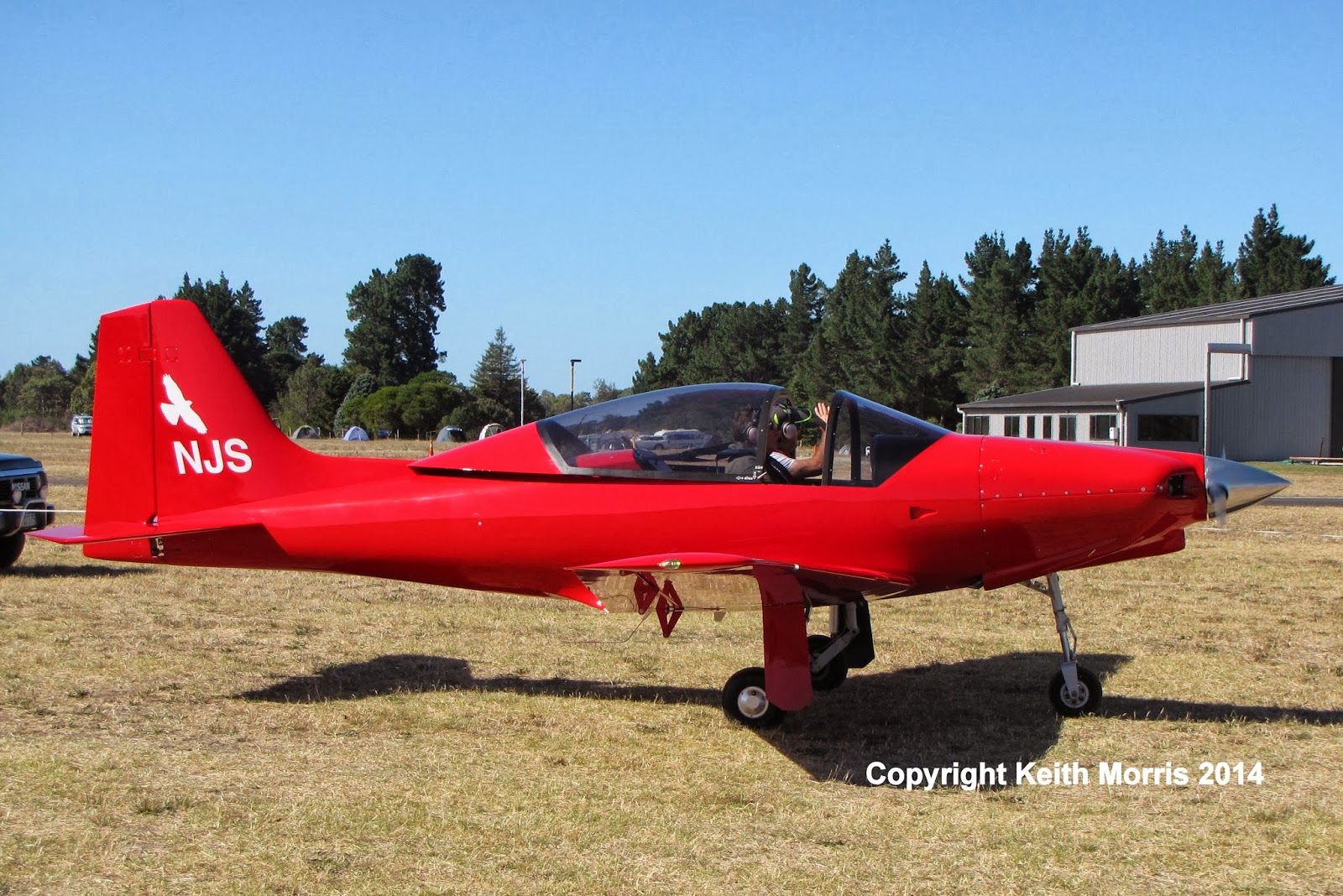 From the other end of the country Neil Sutherland flew his Falcomposite Furio ZK-NJS from Dunedin.  This aircraft now has the registration on the fin. 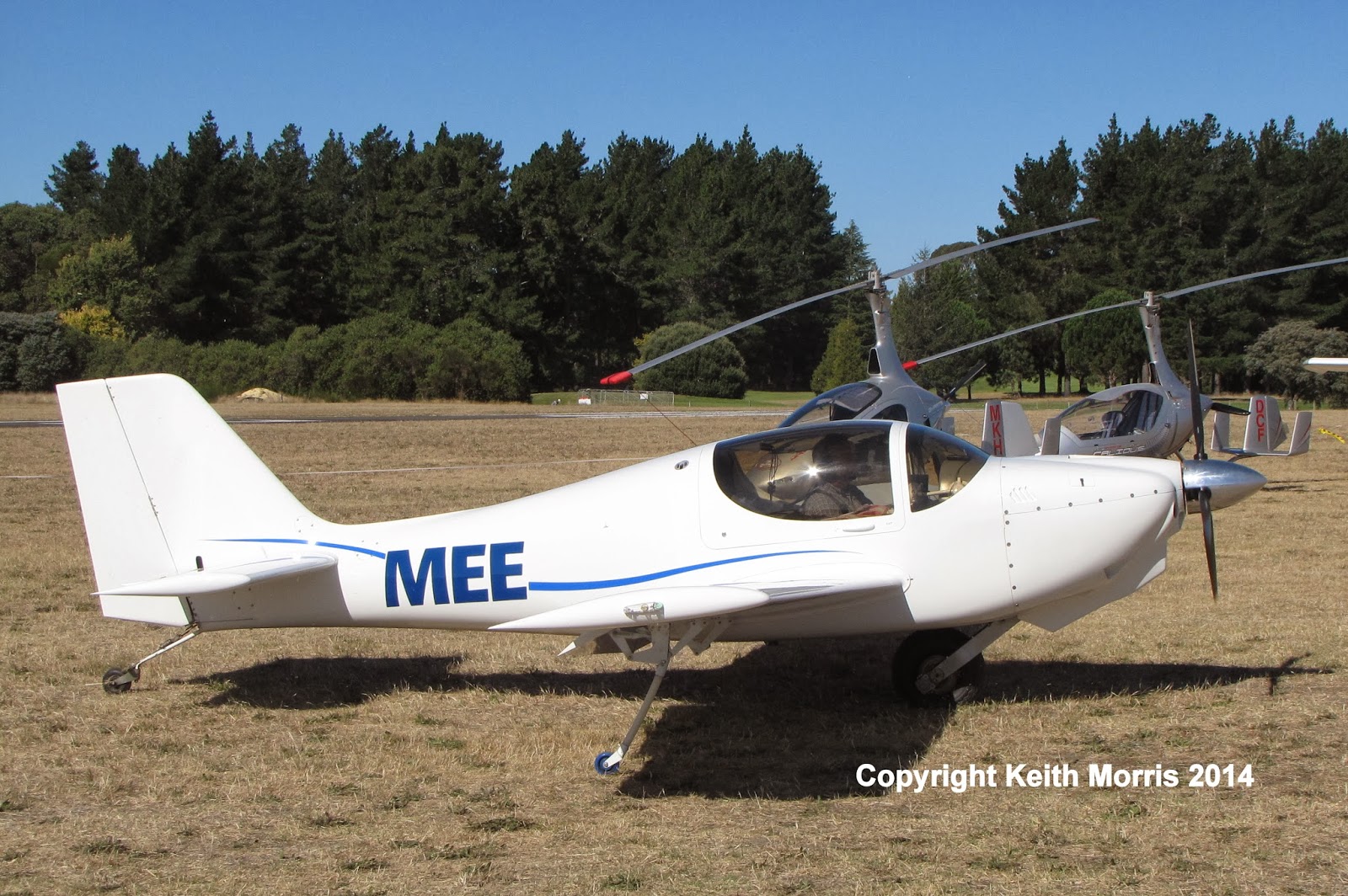 And also taxying in after flying from Dunedin was Keith Hickling in his Europa XS ZK-MEE. 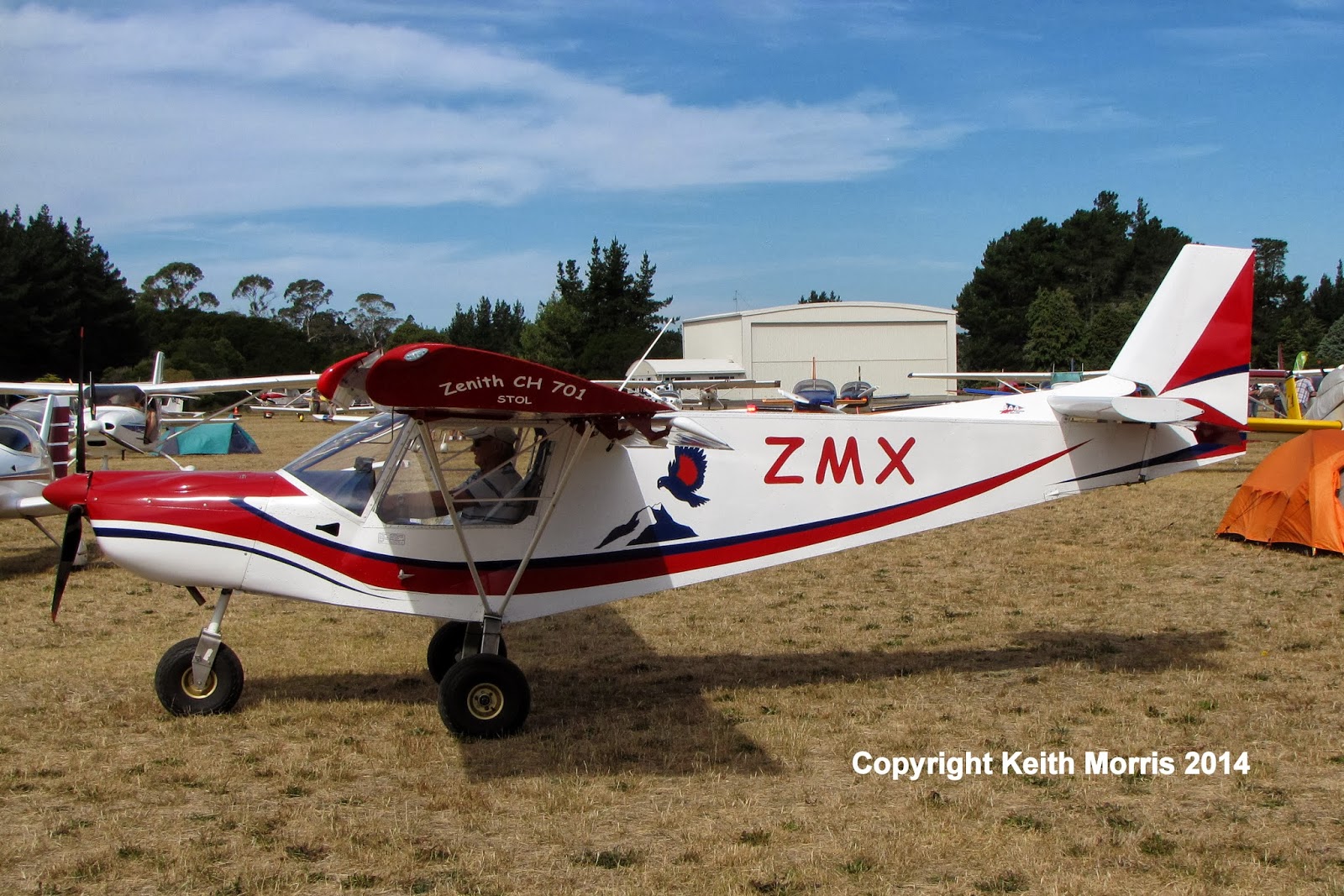 The last of this group of Friday new aircraft arrivals was Jock Struthers who flew his Zenith CH 701 SP ZK-ZMX from Omaka. 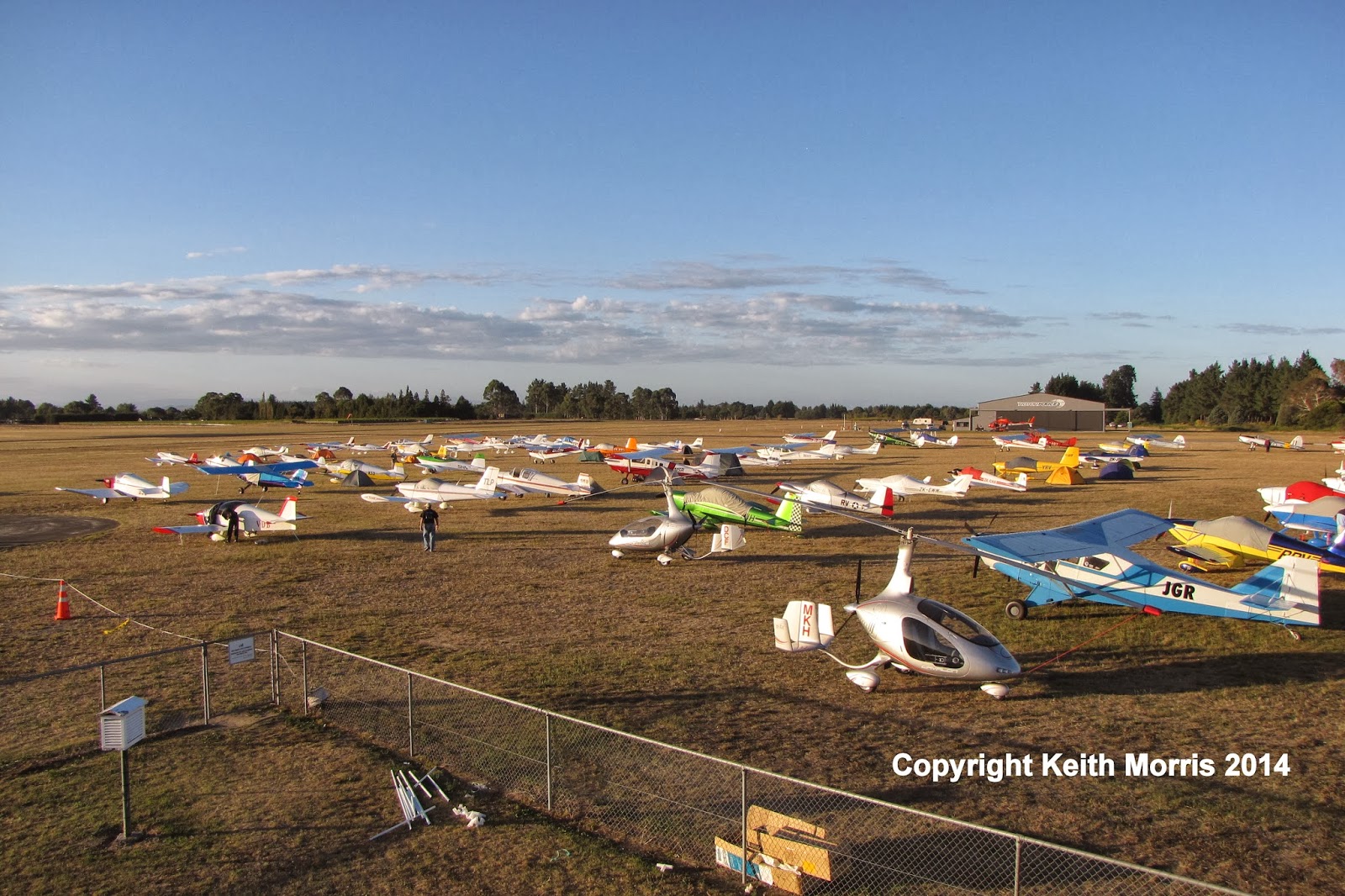 And finally, a couple of views from the balcony of the Hawkes Bay and East Coast Aero Club clubrooms, in lovely late light on the Friday evening. 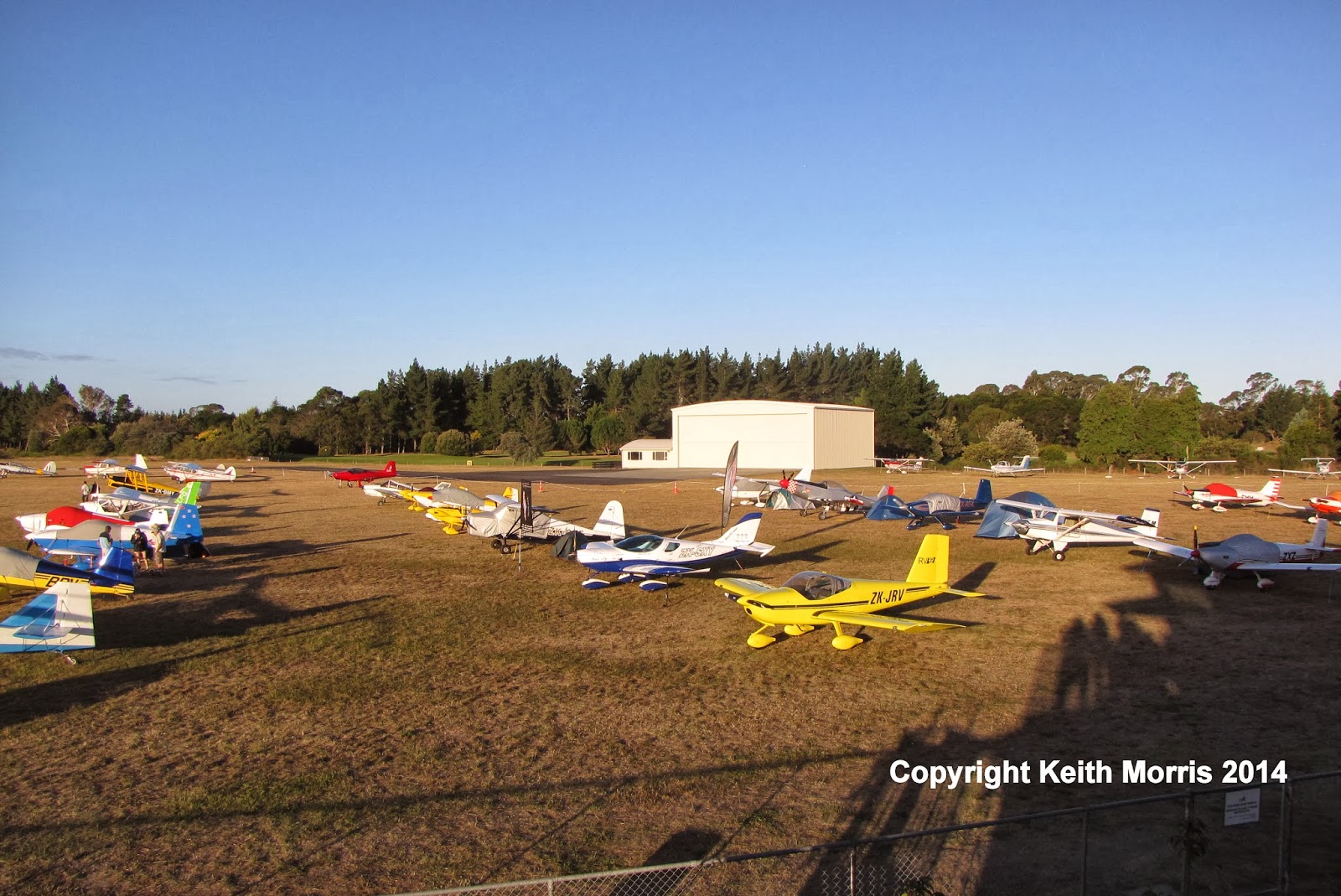 But there was one more Friday arrival - right under my nose!  Julian Coles flew his new Vans RV 12 ZK-JRV down from Ardmore on Friday afternoon. 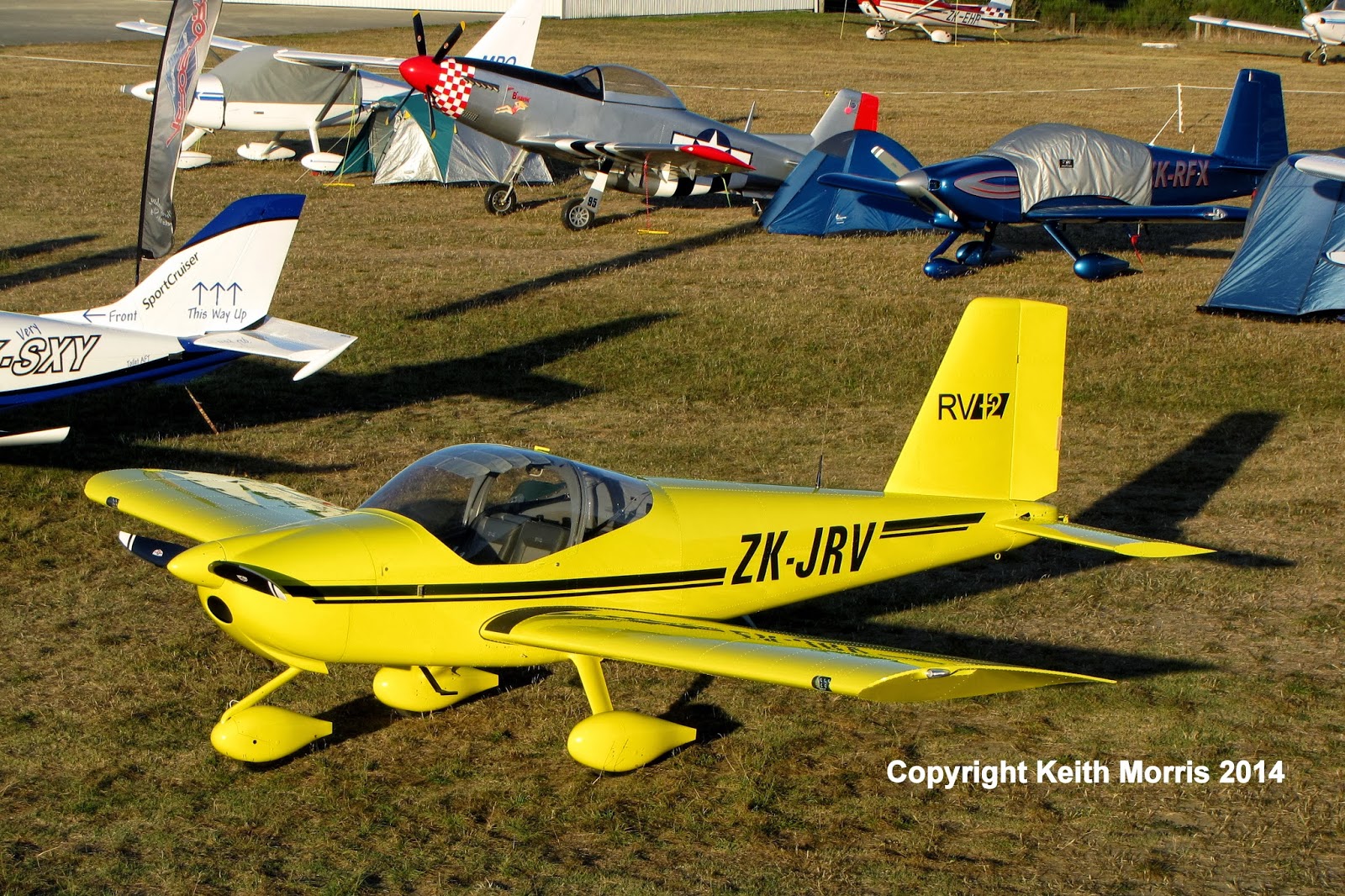