Not only were there many amateur built aircraft at Hastings for the 50th AACA/SAA Fly-In during the weekend - but a good selection of factory built aircraft also made the pilgrimage. 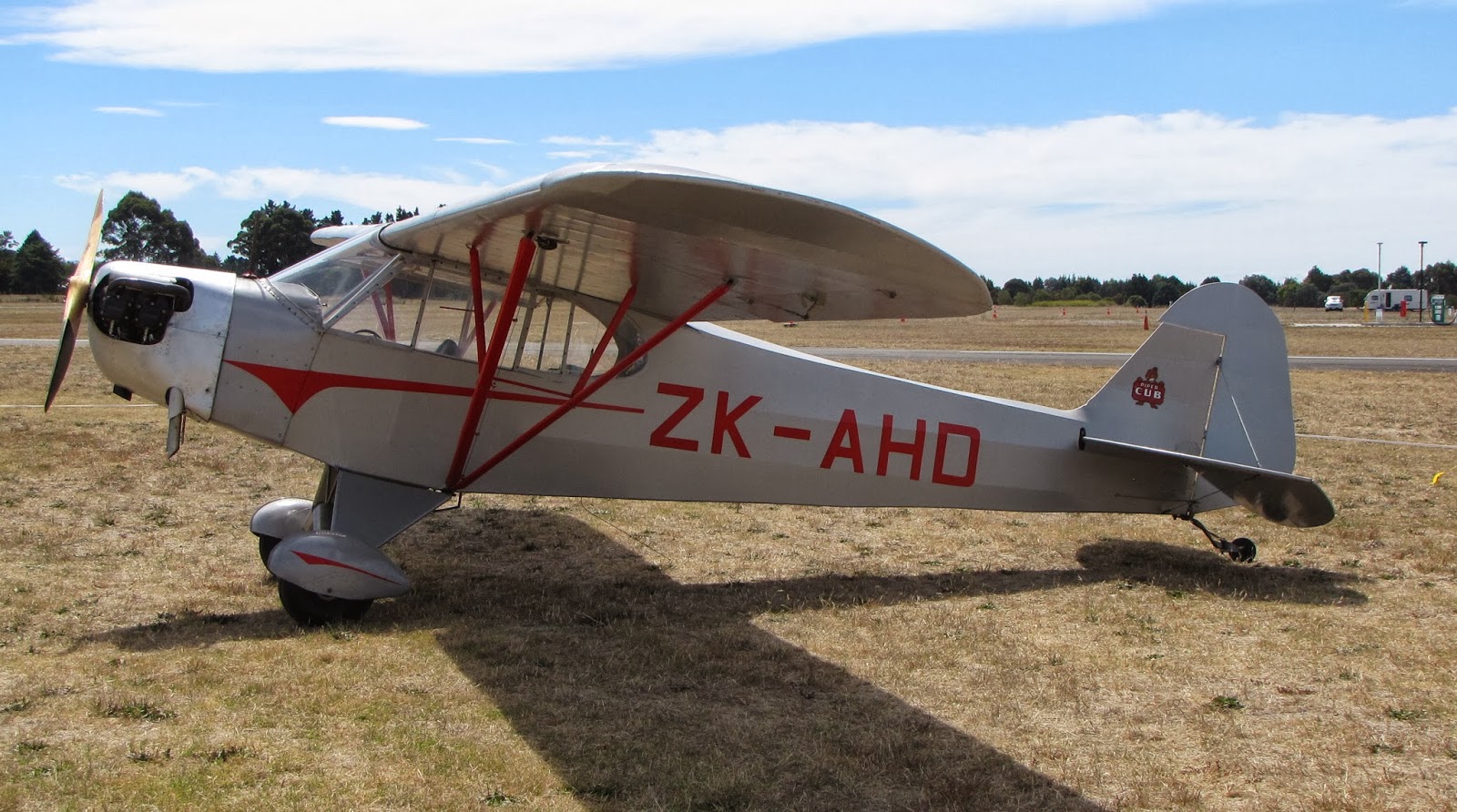 The Piper J-3C-50 Cub ZK-AHD (c/n 2707) was imported into New Zealand in April of 1939 and was for J R Franklin of Porangahau. It was stored during World War Two.
In May of 1955 it went to J W Franklin at Waipukarau and then to the Central Hawkes Bay Aero Club in April 1957. By mid 1960 R A Armstrong had it at Hastings followed by John L Armstrong of Waipukarau from November of 1975. It has been at Masterton for some time and had not flown for some years - that is until January 17th this year following some TLC. 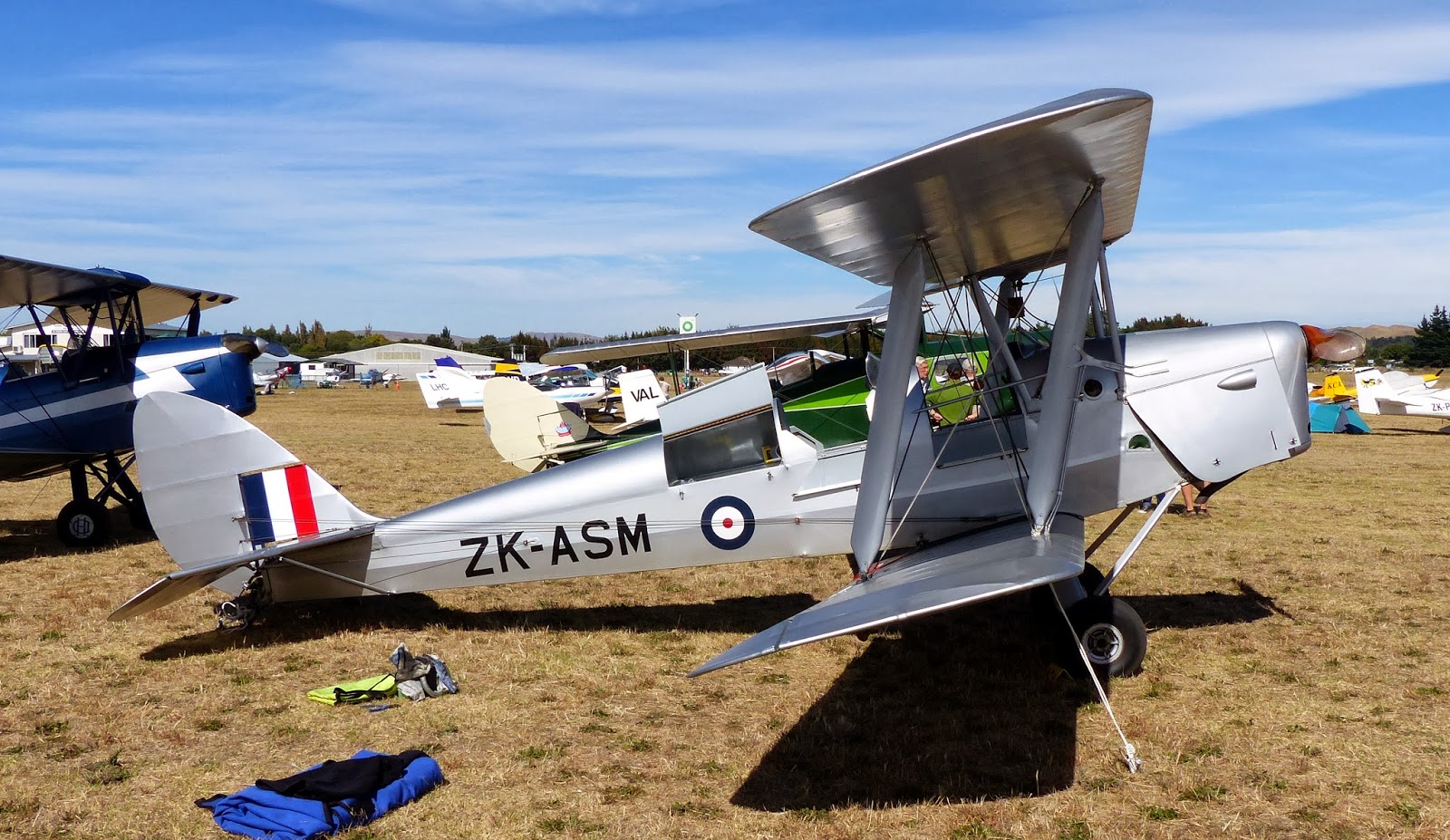 De Havilland DH82A Tiger Moth ZK-ASM (c/n 82475). This was built for the RAF and sent out to the RNZAF to become NZ874 in May 1940. Post war it was a Government Gift Aircraft to the Marlborough Aero Club in mid 1948. They however did not use it and it went to N C Lowe and D McMurdo of Hastings in August 1948 and then to Jim Frogley at Hastings in March of 1950. It was converted for agricultural use and became part of Aerial Agriculture Ltd on 19-07-1951. Ownership passed to Temple Martin of Hastings on 11-10-1957 with its registration being cancelled on the 17-10-1957.
Hidden away for many years it was restored to the register on 16-11-1999 to Bruce Lynch and Garth Hogan of Auckland. 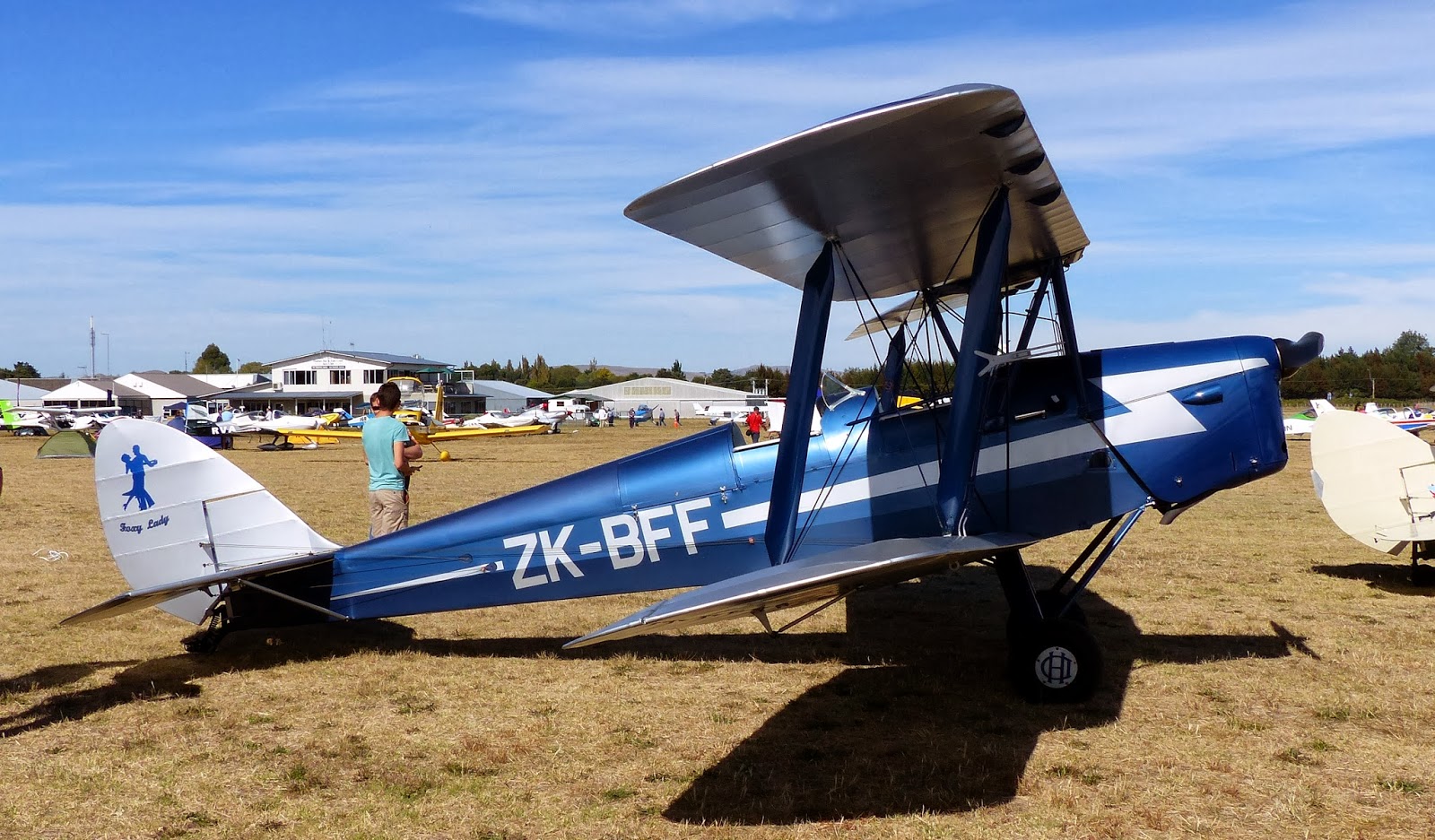 The history of this aircraft was pretty well covered my Mike Condon on a previous posting at :-
http://nzcivair.blogspot.co.nz/2008/12/tiger-moth-zk-bff.html 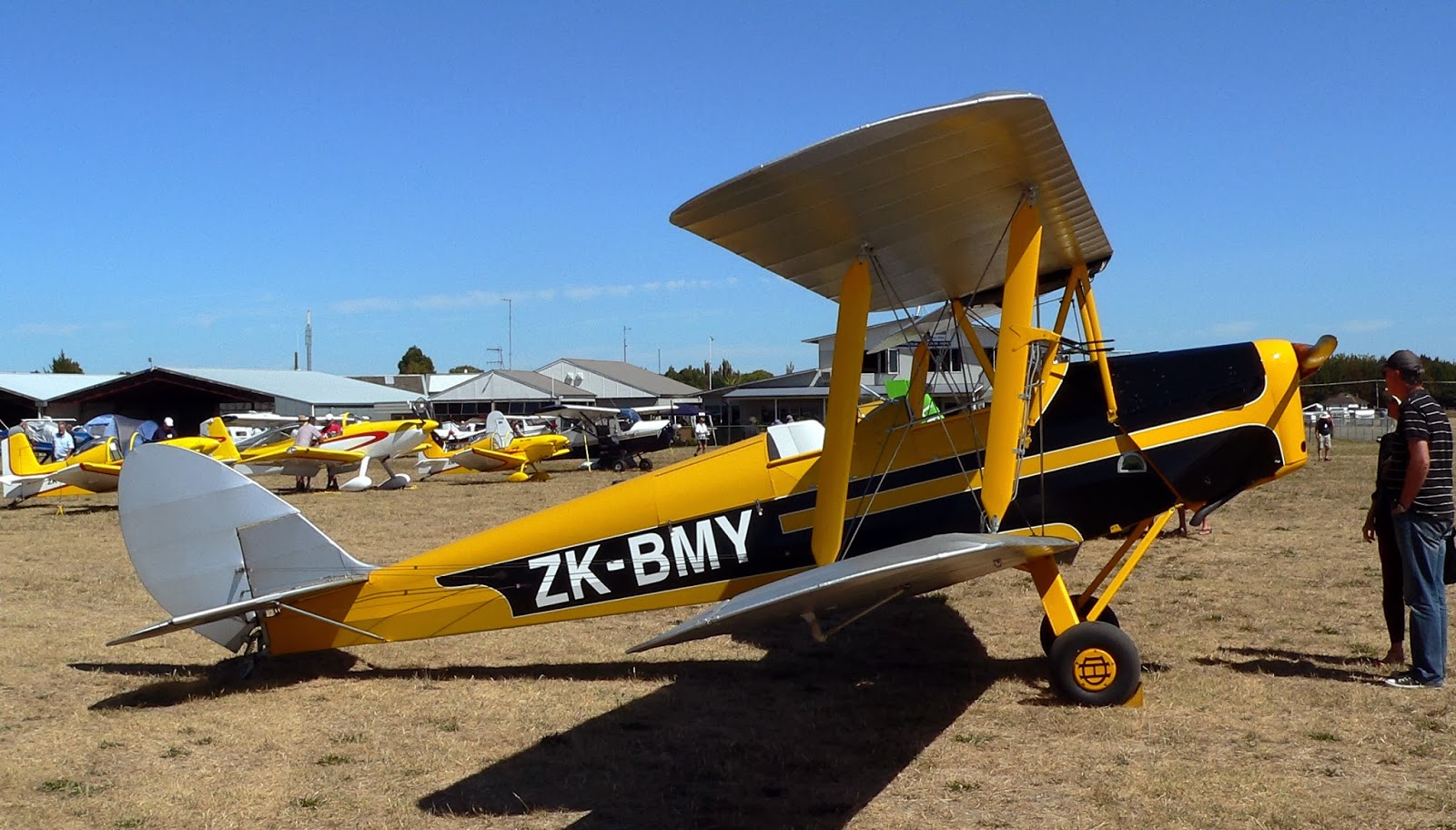 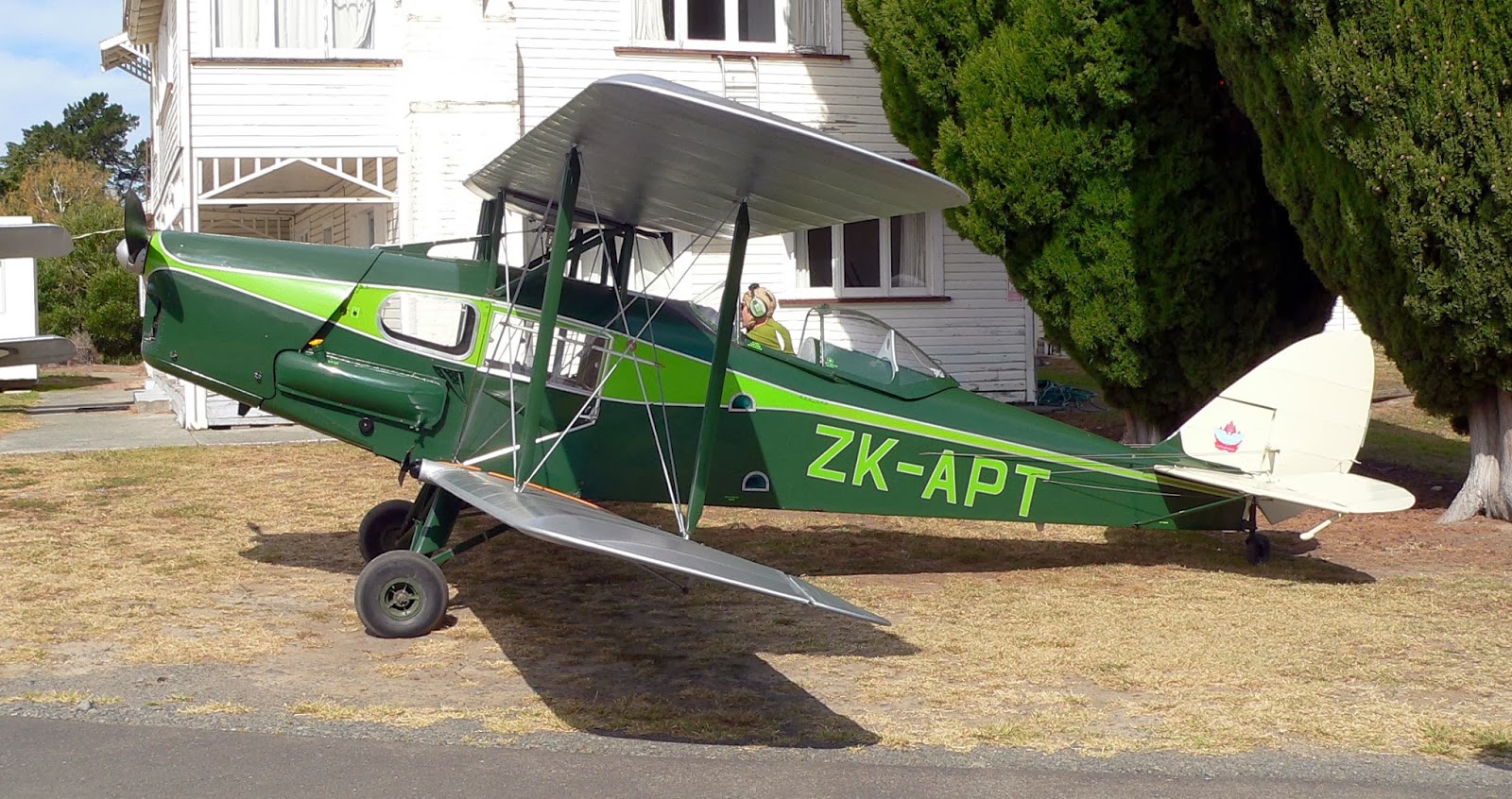 The well known De Havilland DH83C Fox Moth ZK-APT (c/n FM48) is parked outside the old club house at Hastings
APT got a mention in an earlier post at :-
http://nzcivair.blogspot.co.nz/2009/08/de-havilland-dh83c-fox-moth-zk-apt.html 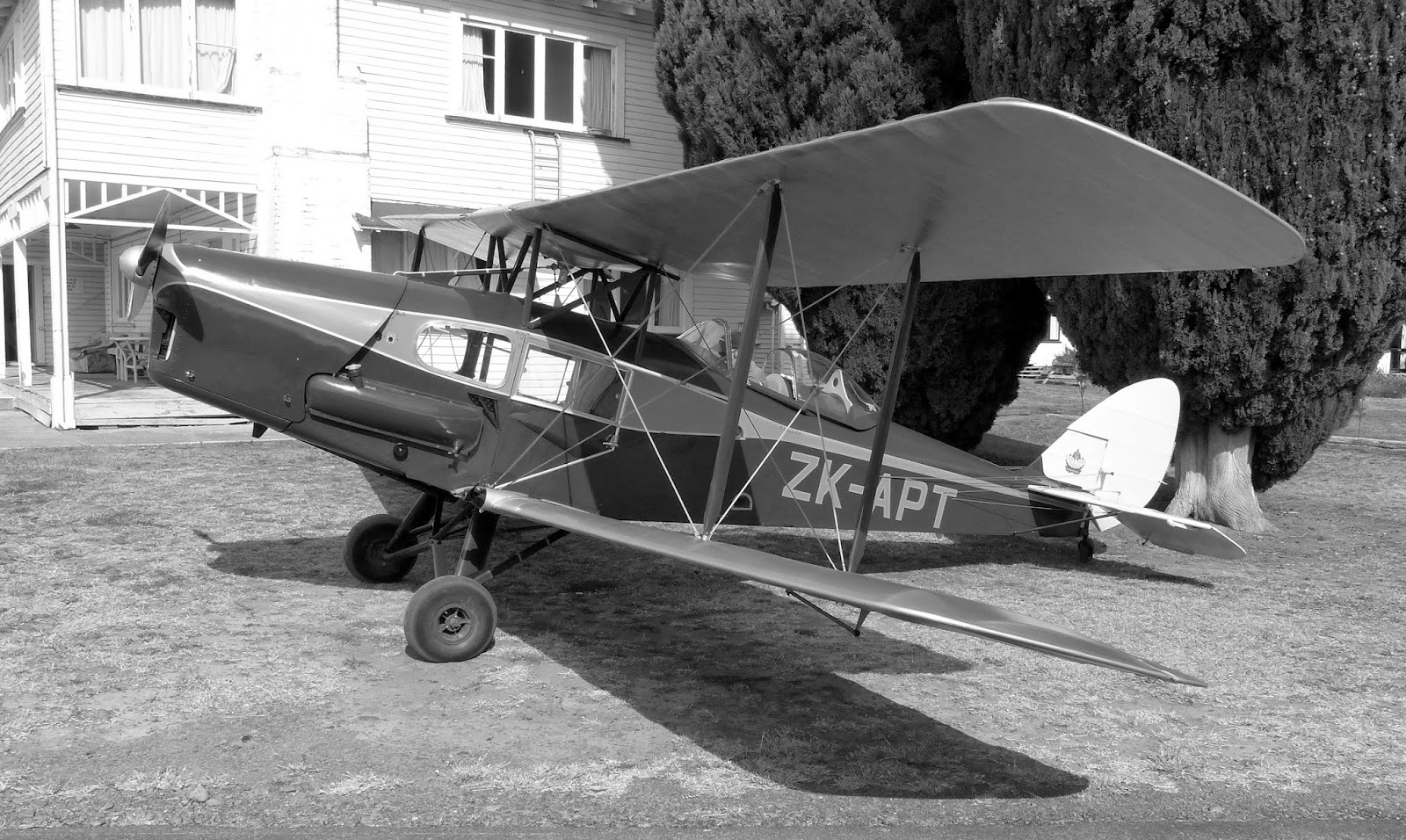 *****************
I sometimes wonder why some of these vintage/veteran aircraft cannot be registered as amateur re-builds. Surely the amount of work in rebuilding a trailer load of (say) Tiger Moth parts back to an airworthy standard would exceed the 51% requirement required for this category !
Posted by Dave Paull at 16:21