After a fantastic 50th Anniversary AACA/SAANZ flyin, we packed the RV 8 on the Sunday 9 March, ready to head for home. 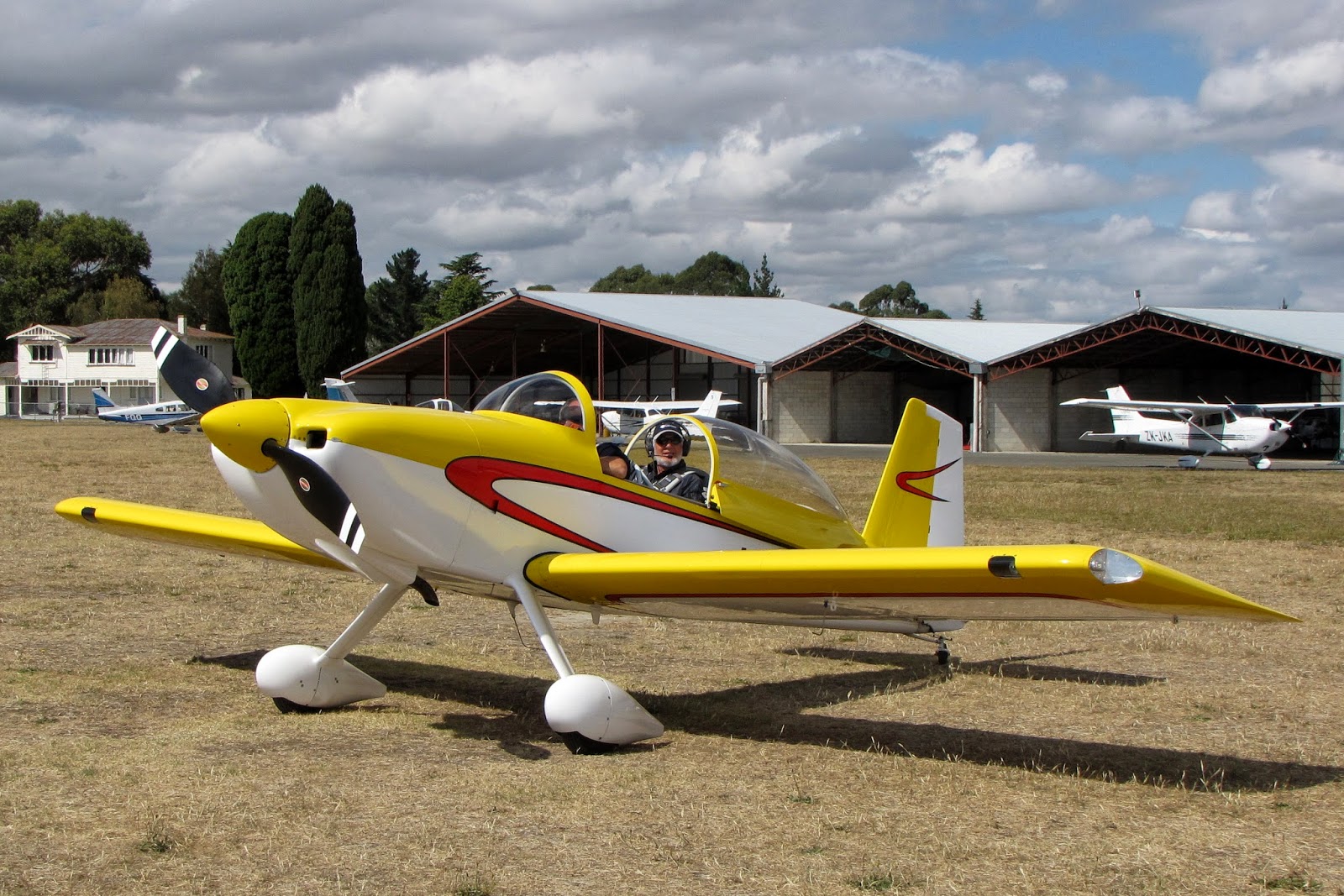 The RV8 can take a lot of luggage in 2 compartments, one in front of the windscreen for heavier items such as tents and tie-downs, and the other behind the rear seat for bulky items such as sleeping bags. 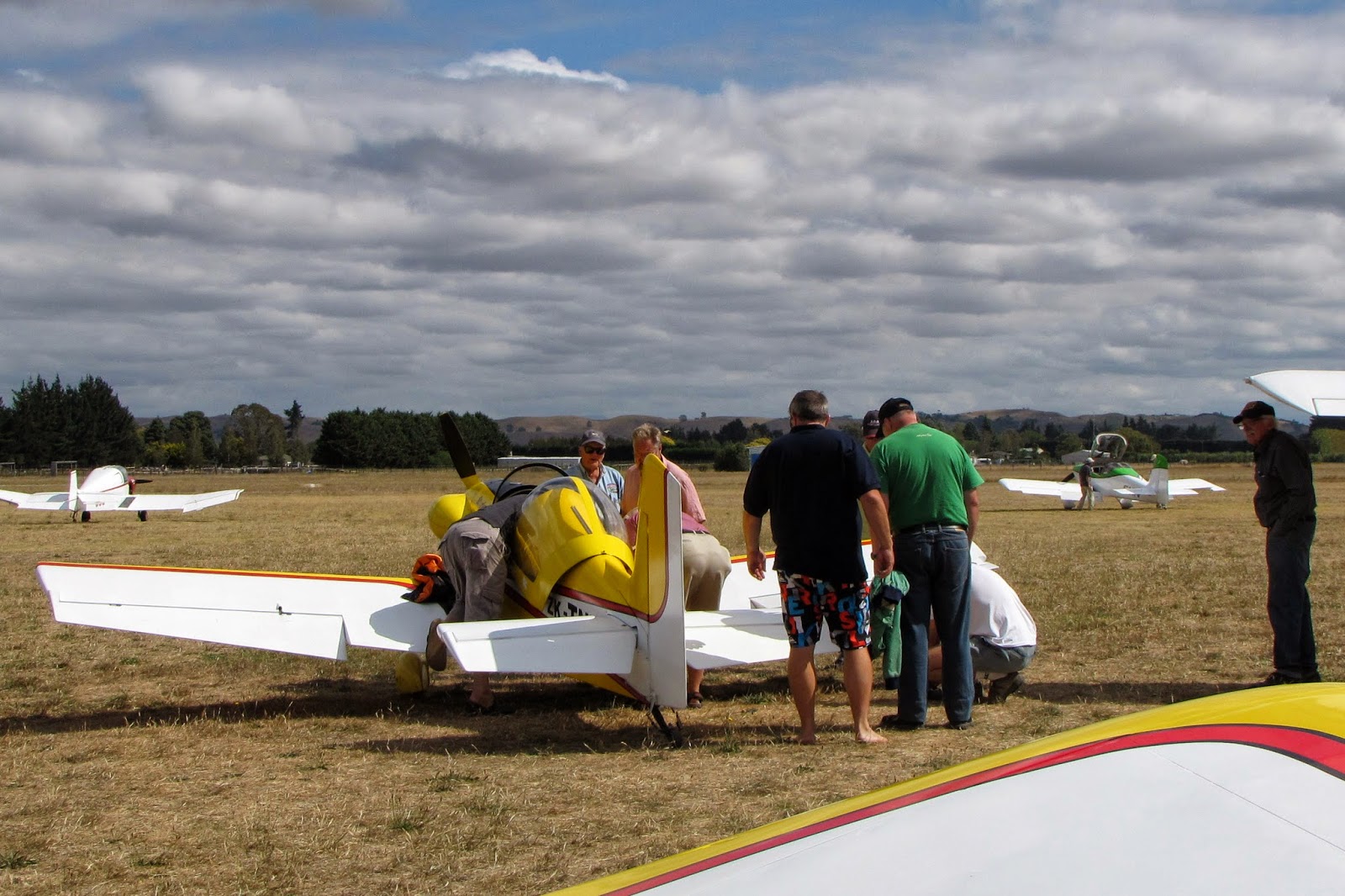 A slight snag occurred with the canopy latch of DCM's Corby Starlet but fortunately help was at hand.  Above is a demonstration of "many hands making Corby work"! 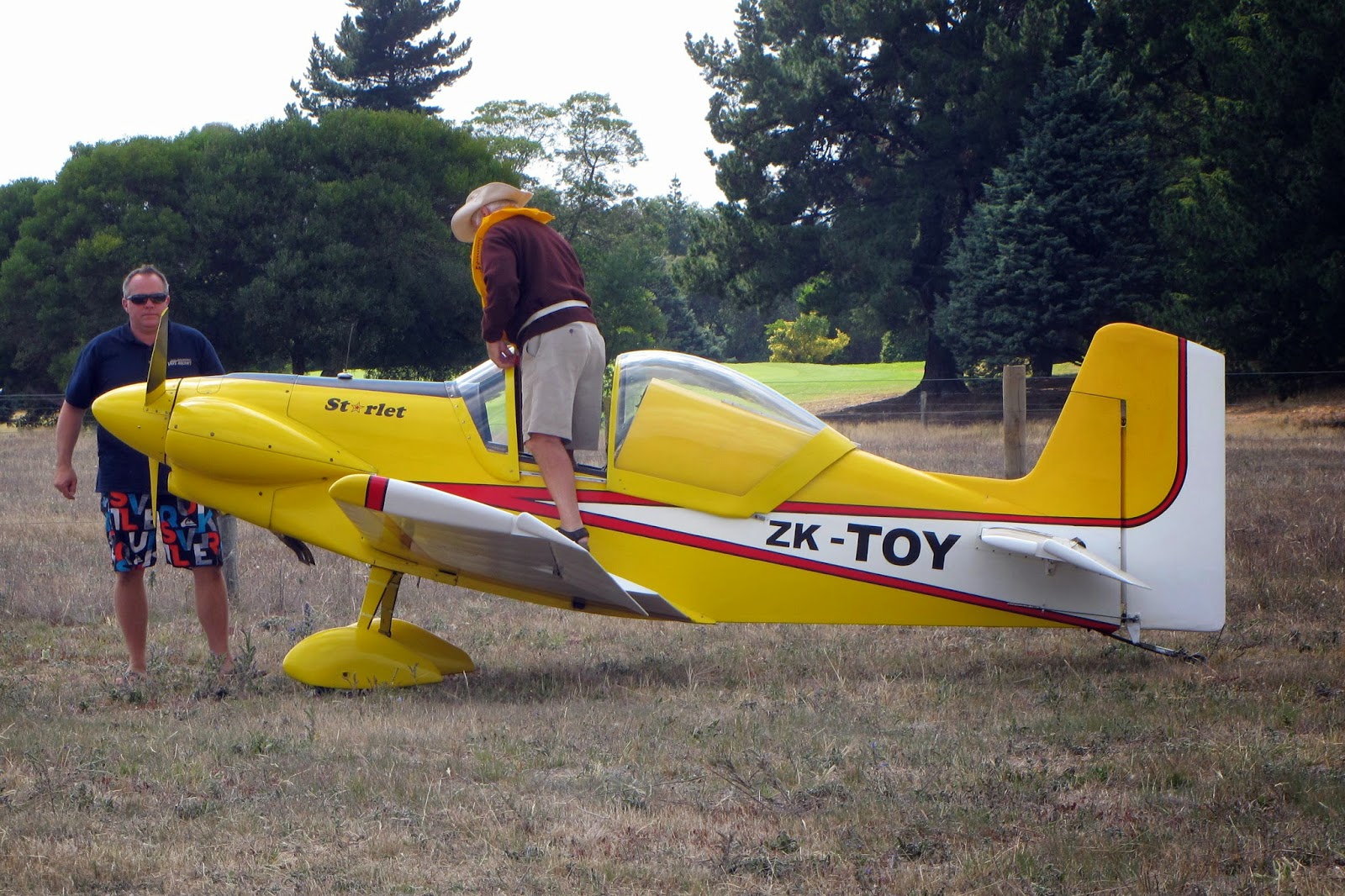 Then Don hopped in and we were good to go.

We left Hastings and flew North up the guts of the Kawekas, crossing the Napier-Taupo Road and the Mohaka River, and on over some very inhospitable country until we were one ridge short of Lake Waikaremoana.  Then we turned down a valley which led out to Galatea, and on over the plains and the Mamakus which seemed quite small, and to Matamata in about an hour and a quarter. 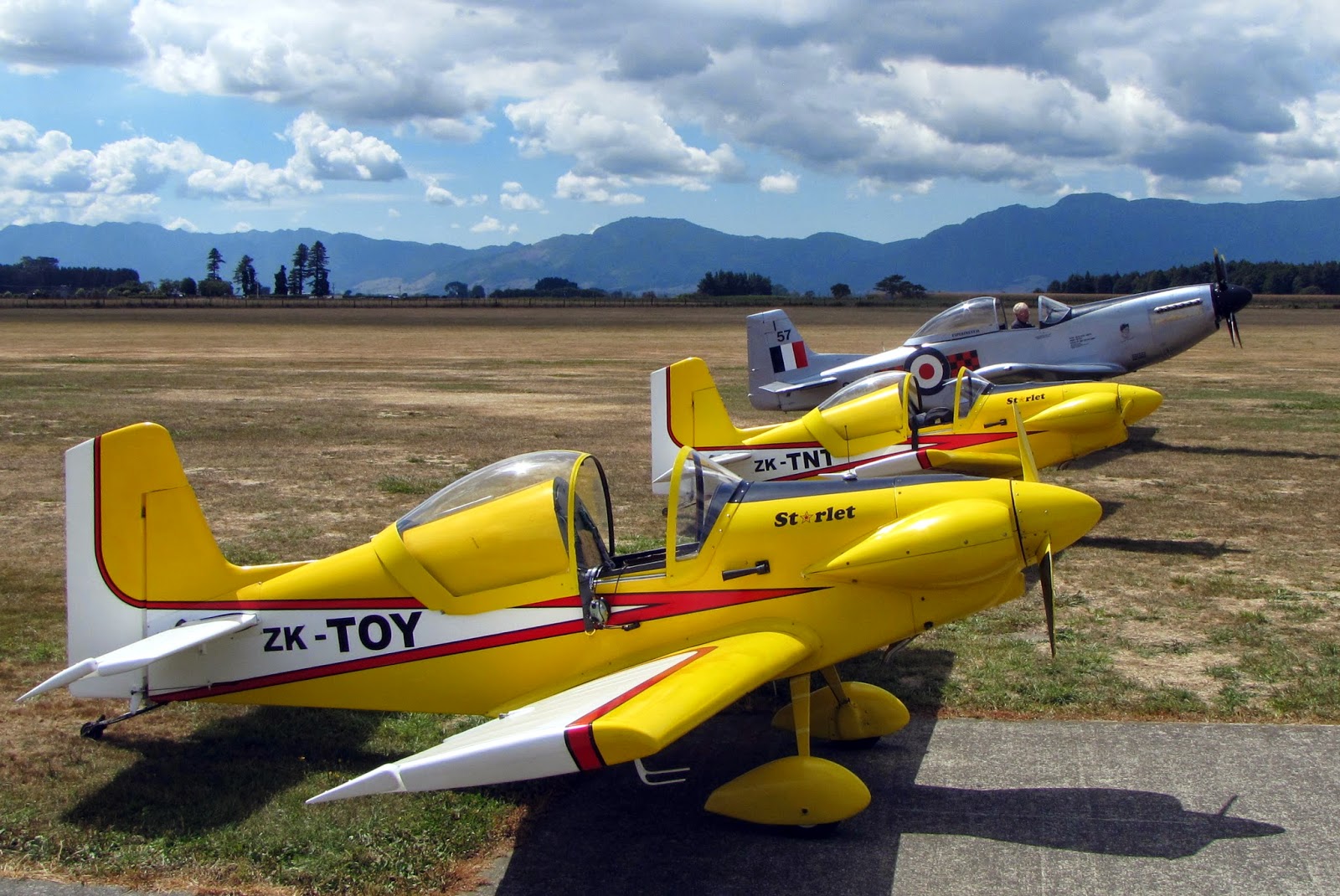 Poking around the hangars at Matamata I came across John Shuttleworth sitting in his hangar "internalising a complicated situation with the maintenance of his Titan Mustang".  He was very happy to push it out of the hangar and start the Mazda Rotary motor up, and then he taxied out for a photo opportunity with the Corbys.  Nice.  I will do a separate post on this immaculate machine.

Then it was off back home to North Shore in around 40 minutes flying. 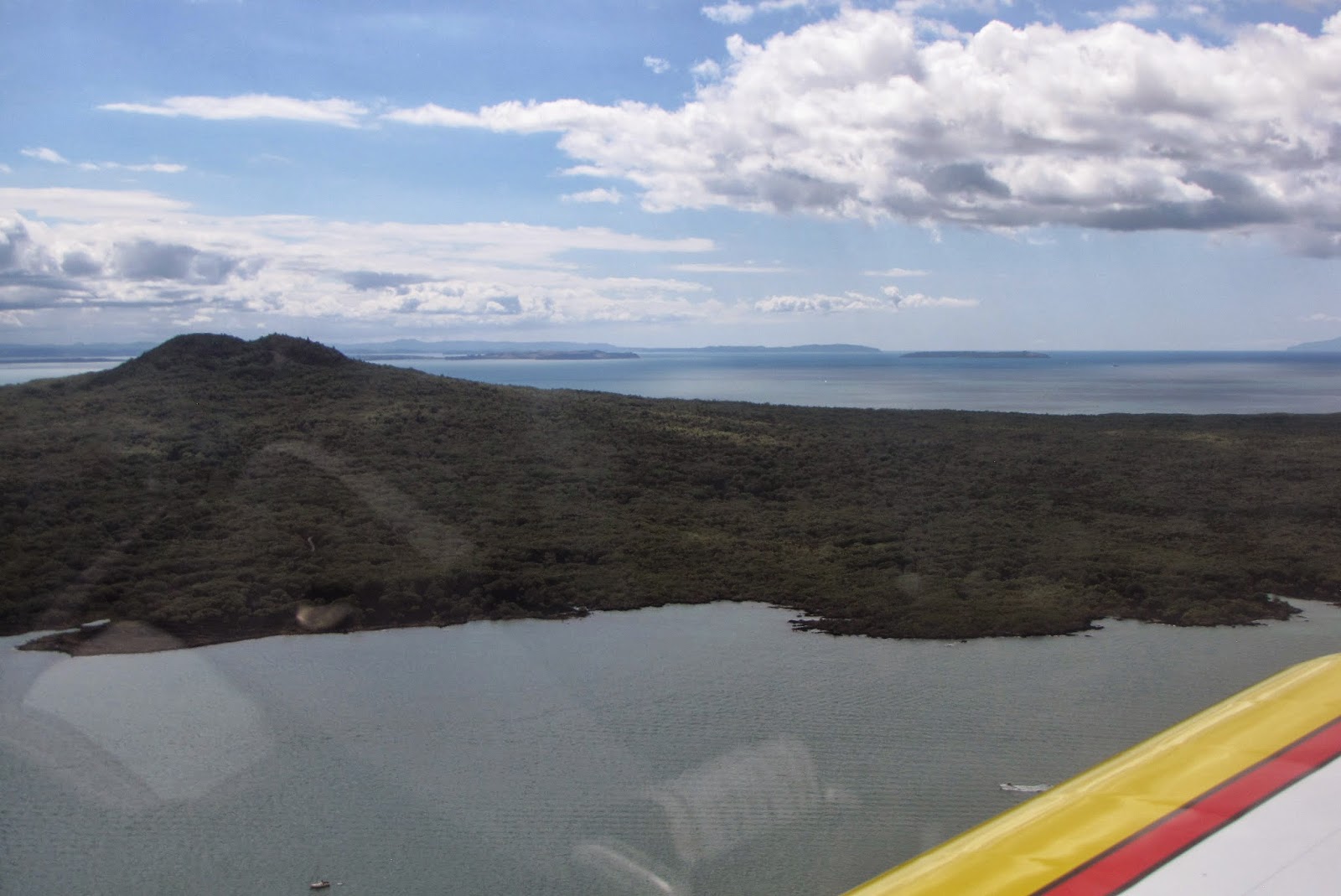 A different view of Rangitoto Island. 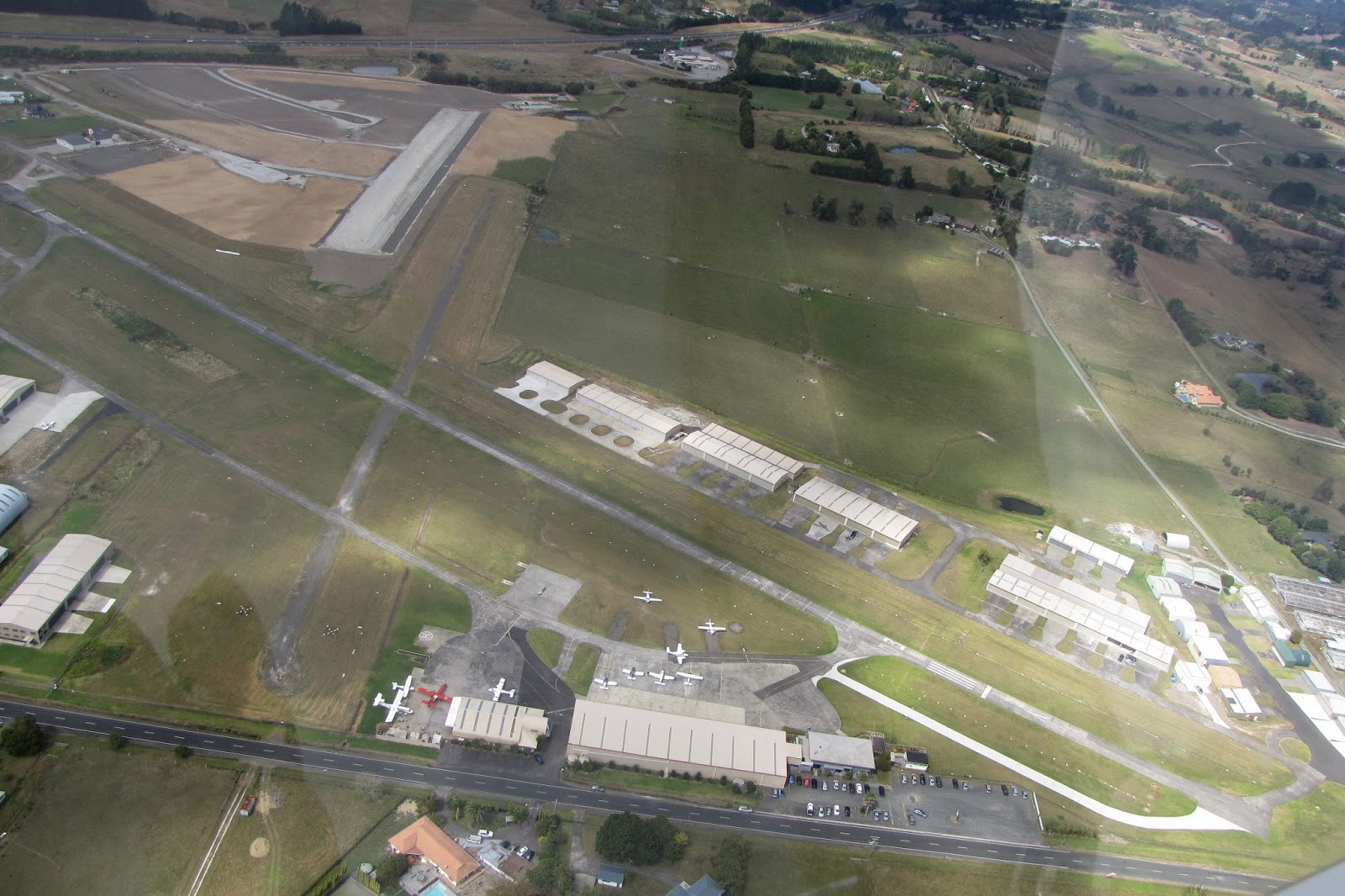 And an overhead rejoin at North Shore Airfield.  Note the large residential development that is happening right alongside the airfield.  Hmmm. 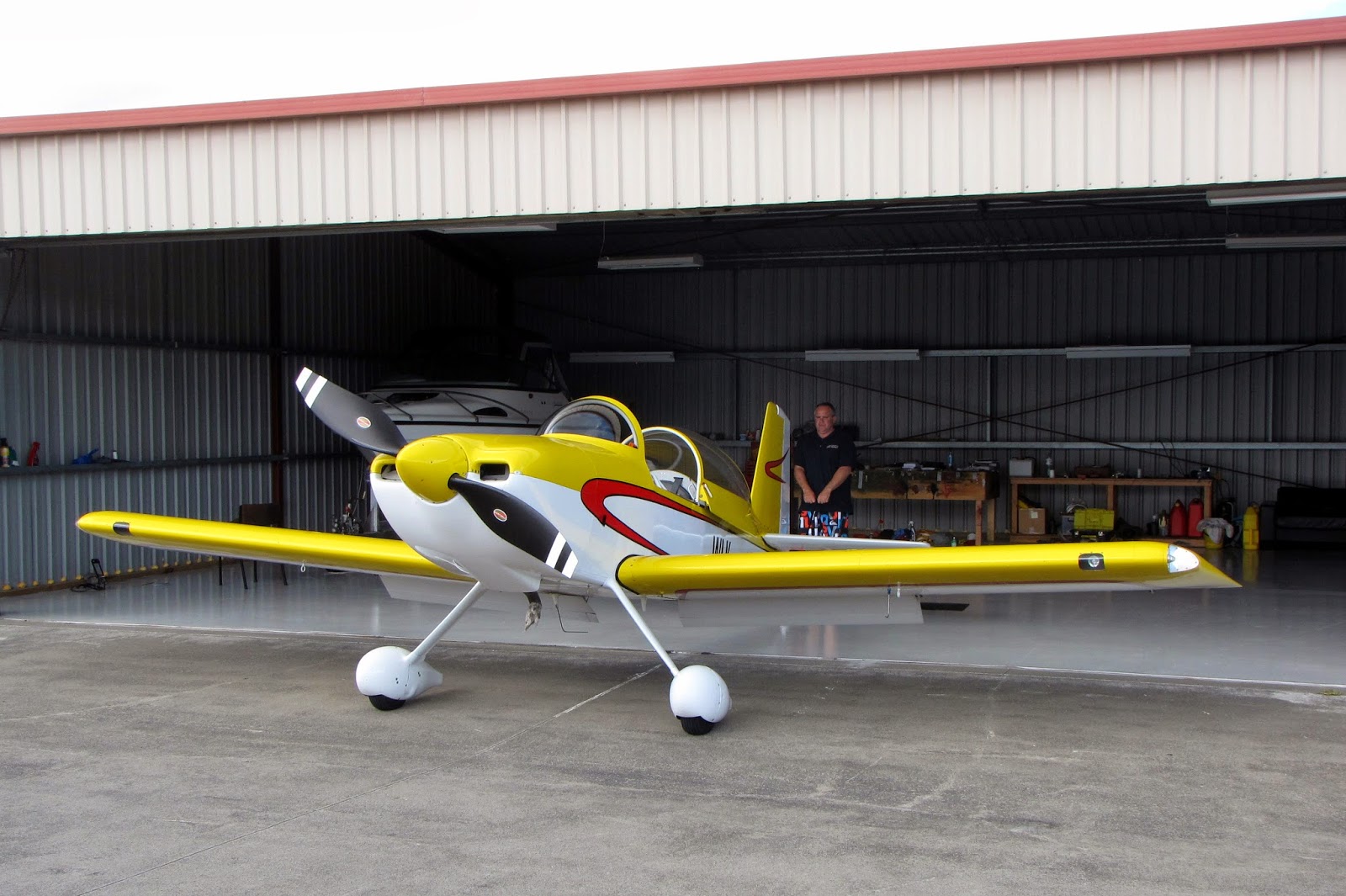 Then after the Corbys had arrived it was back into the hangar.  ZK-WLK had performed faultlessly over the four days and it was a blast for me!.

Thanks so very much to David Wilkinson for the opportunity.