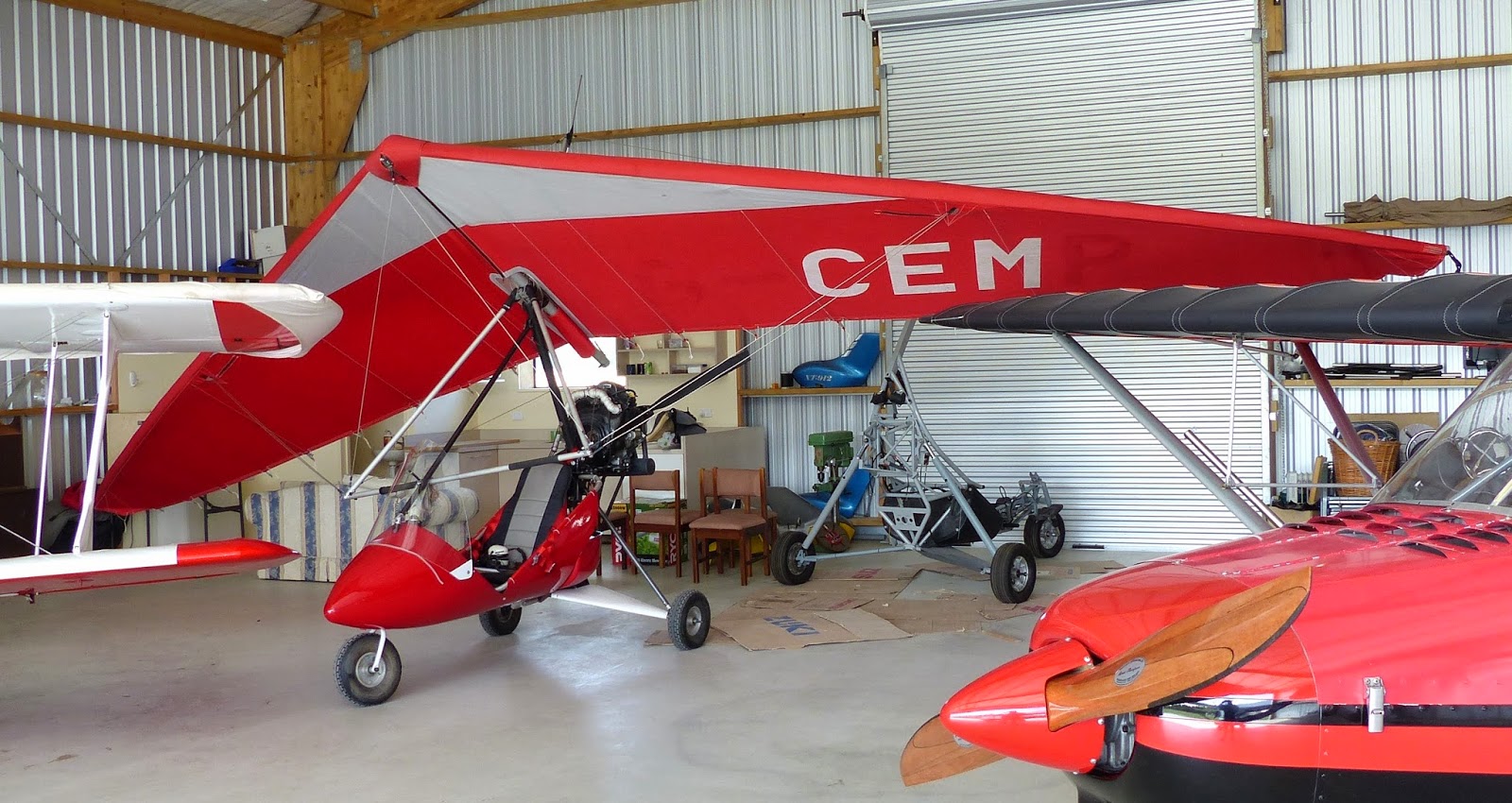 The Robshaw BB Trya ZK-CEM2 (c/n BMAA/4B/527) was found in the back of one of Doug Anderson's hangars.
Below is what the NZ Aviation News Magazine said about it in their October issue last year.
"The first issue of the ZK-CEM marks were worn by a Central Aviation Piper PA-25-235 Pawnee between 1964 and 1975. The latest issue – making it ZK-CEM2 – goes to a new type, The BB Trya for Paul Robshaw of Upper Hutt. (Now I have seen this name written as Tyra, Trya and Tria). This is a single seat weight shift microlight (cockpit weight of up to 130kg) based on the Hungarian built BB wing which is of double surface construction and the BB trike fairing unit. The trike is of aluminium tubing with fibre mouldings and a pusher Rotax engine. This trike was first registered to Paul Robshaw of Leeds UK as G-CEMP on 14-03-2007 and came to NZ with Paul. Its NZ registration comes from the middle three letters of its UK registration." 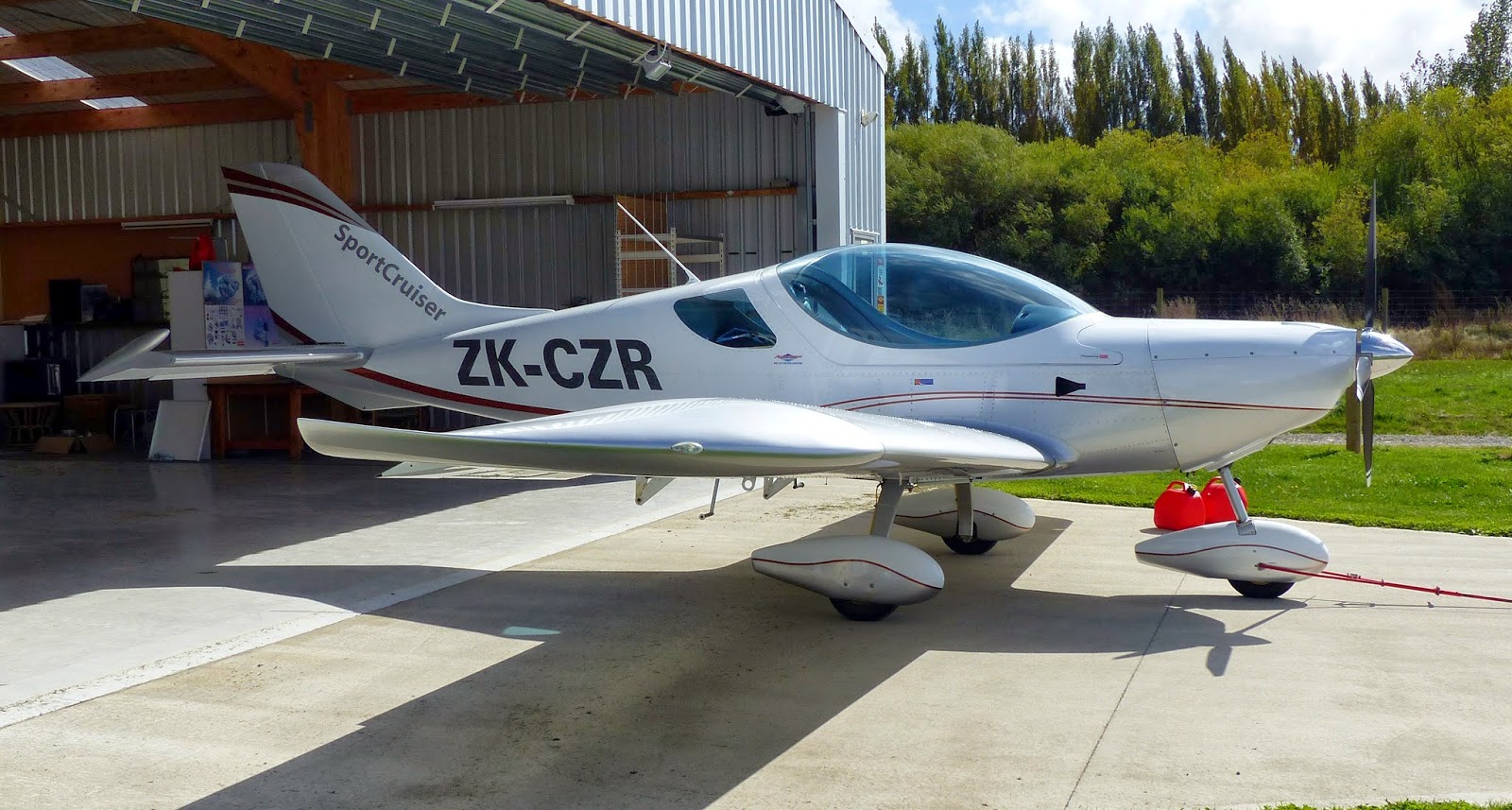 A recent arrival at NZRT for Perry Shepard is this Czech Aircraft Works Sportscruiser ZK-CZR2.
Imported into NZ by Aerosport Aviation of Cambridge; the NZ agent; and registered on 29-11-2006 - It went to the Motueka recreational Flight Training Ltd on 13-07-2007. It was transferred to Perry on 05-02-2014.
It replaces the Tecnam P96 Golf ZK-WNG which is currently listed for sale. 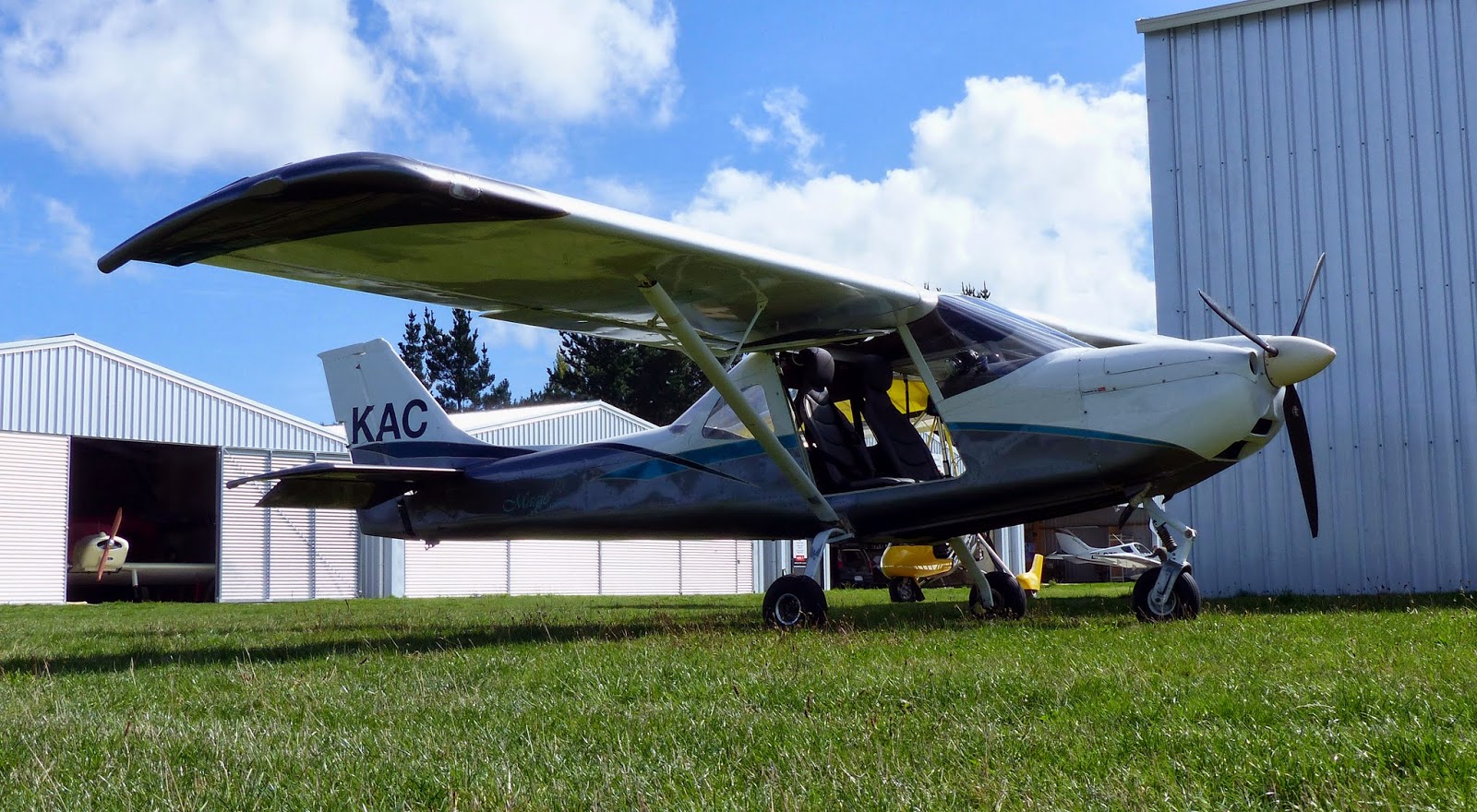 See :- http://nzcivair.blogspot.co.nz/2014/03/the-two-zk-plcs.html
It is seen here about to depart northward with Trevor Leighton.
Below is another view of the new ZK-PLC2. 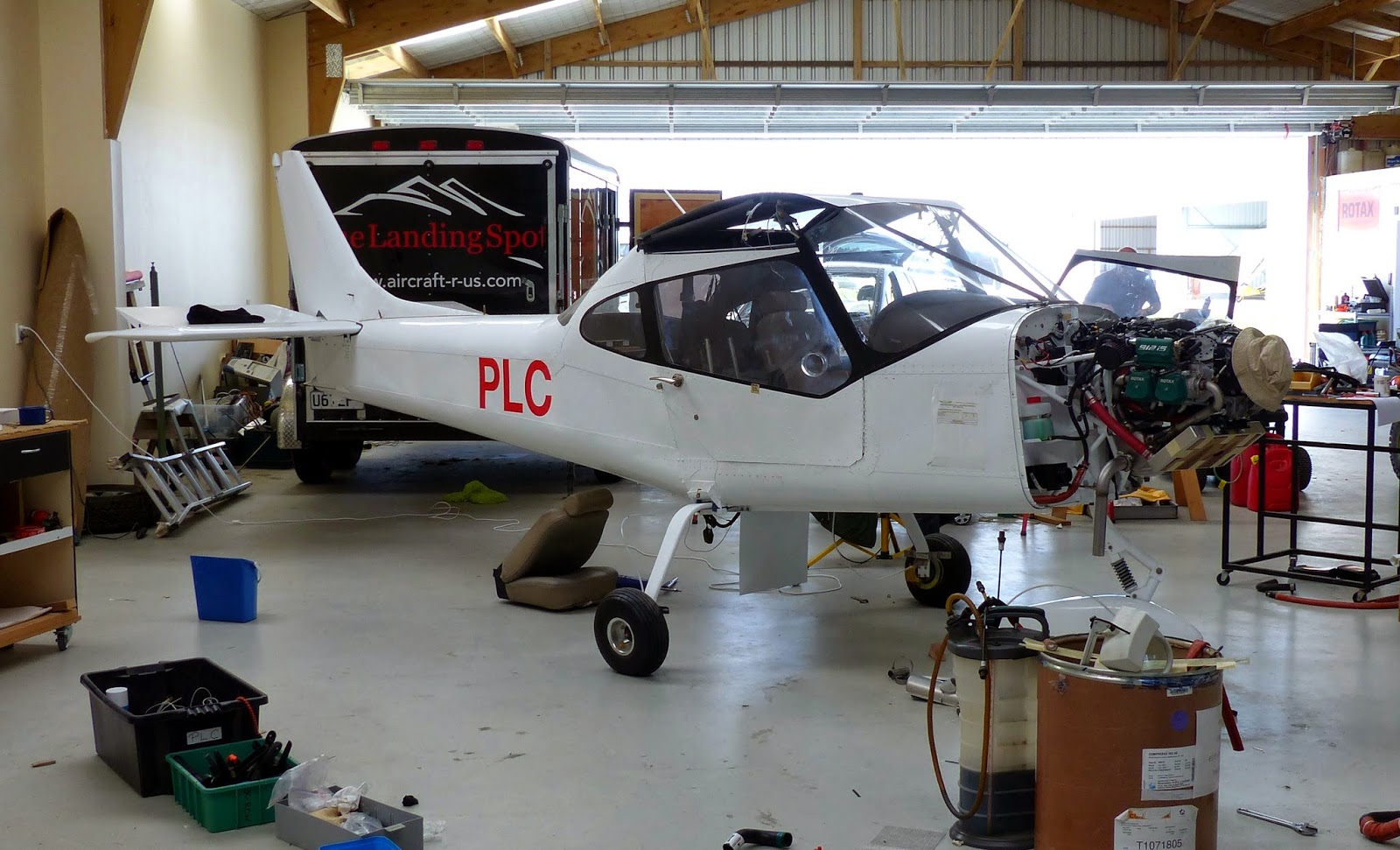 About to move on after re-fuelling was the Eurocopter AS 350 B3e ZK-ICY2 (c/n 7745) from Over The Top Ltd of Queenstown. 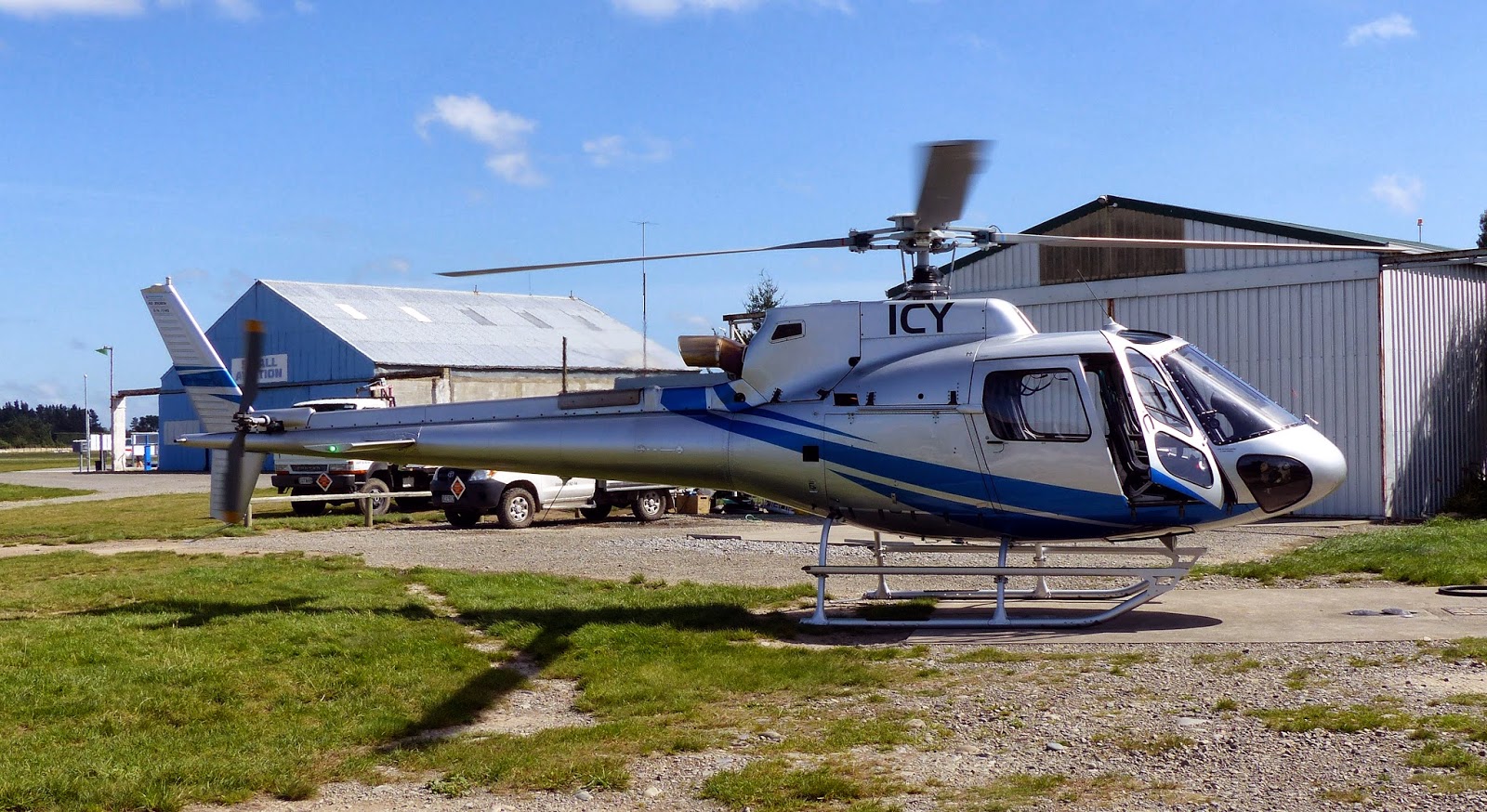