At the 50th Anniversary AACA/SAANZ Flyin there were several flyouts organised.  One of these was to the Kowhai airstrip near Gwavas Forest, near the foothills of the Ruahine Ranges West of Hastings. 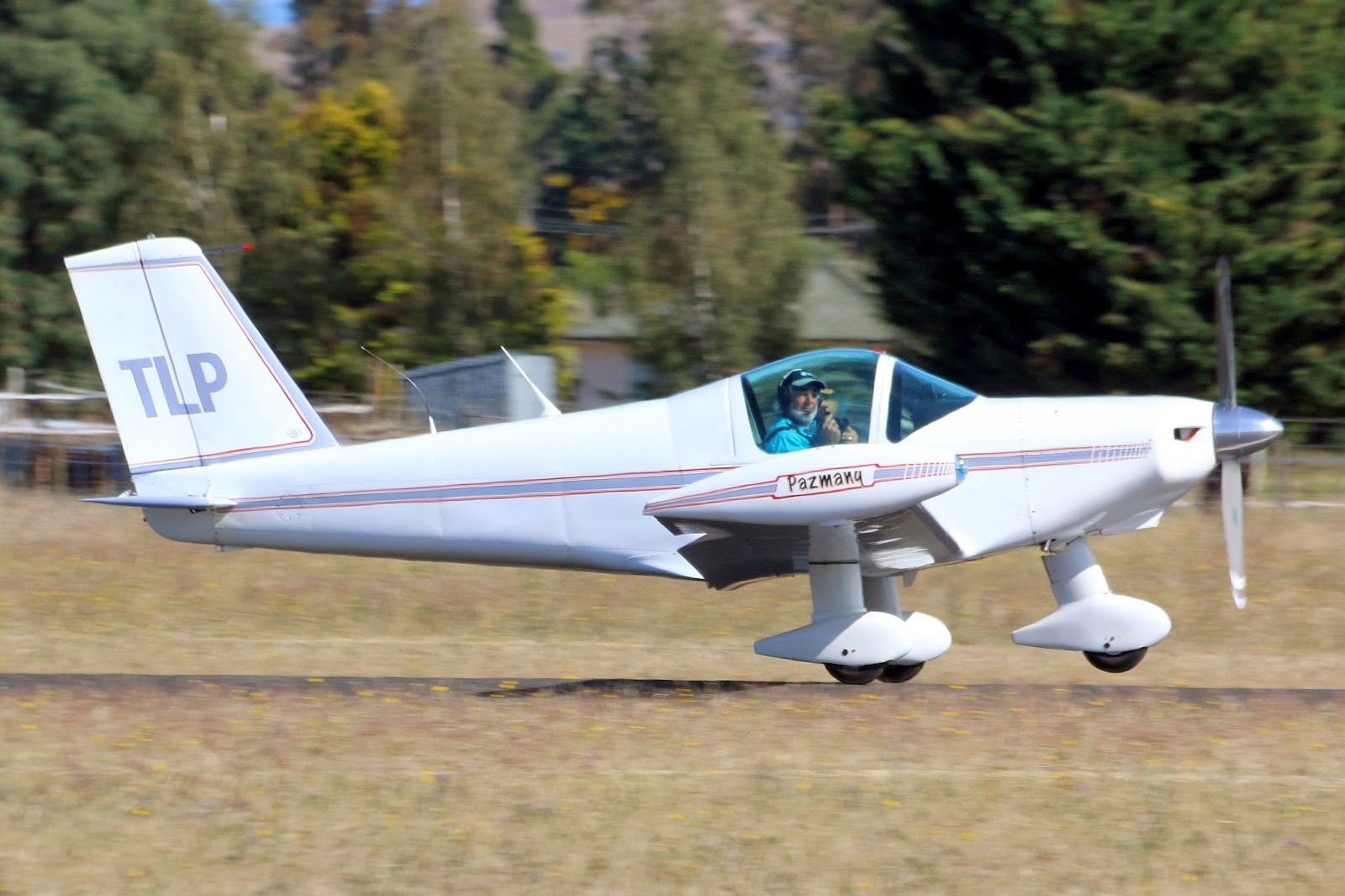 I was very fortunate to go on this flyout with Trevor Parker in his Pazmany Pl 2 ZK-TLP.  Thanks very much to Phil Craig for the photo. 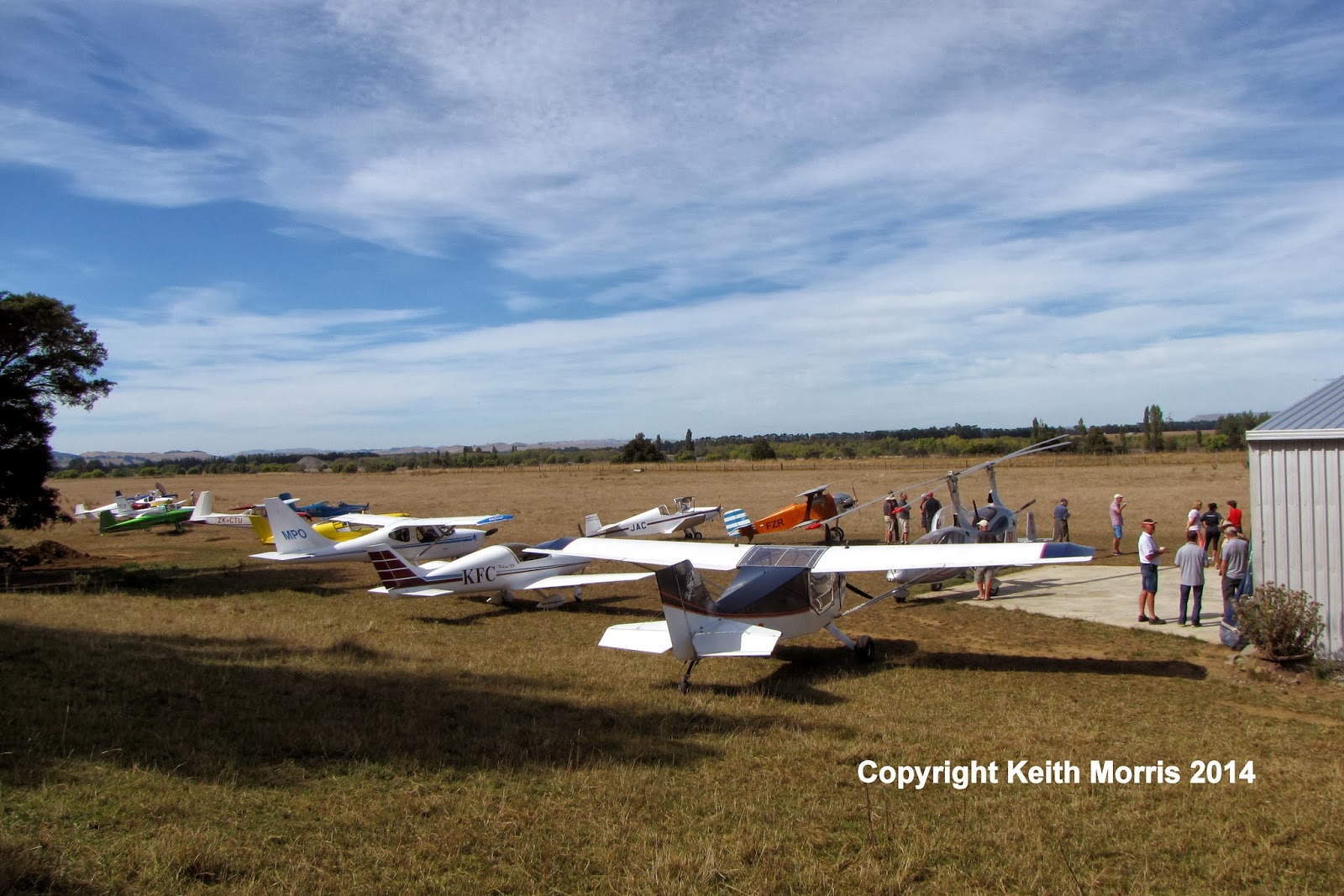 A view of some of the 20 or so aircraft that landed on the Kowhai airstrip.  In the foreground is Rans S-6S ZK-JDP which is hangared in the hangar at the right of the photo.  We were welcomed with home-made scones with jam and cream, and coffee.  Yummy! 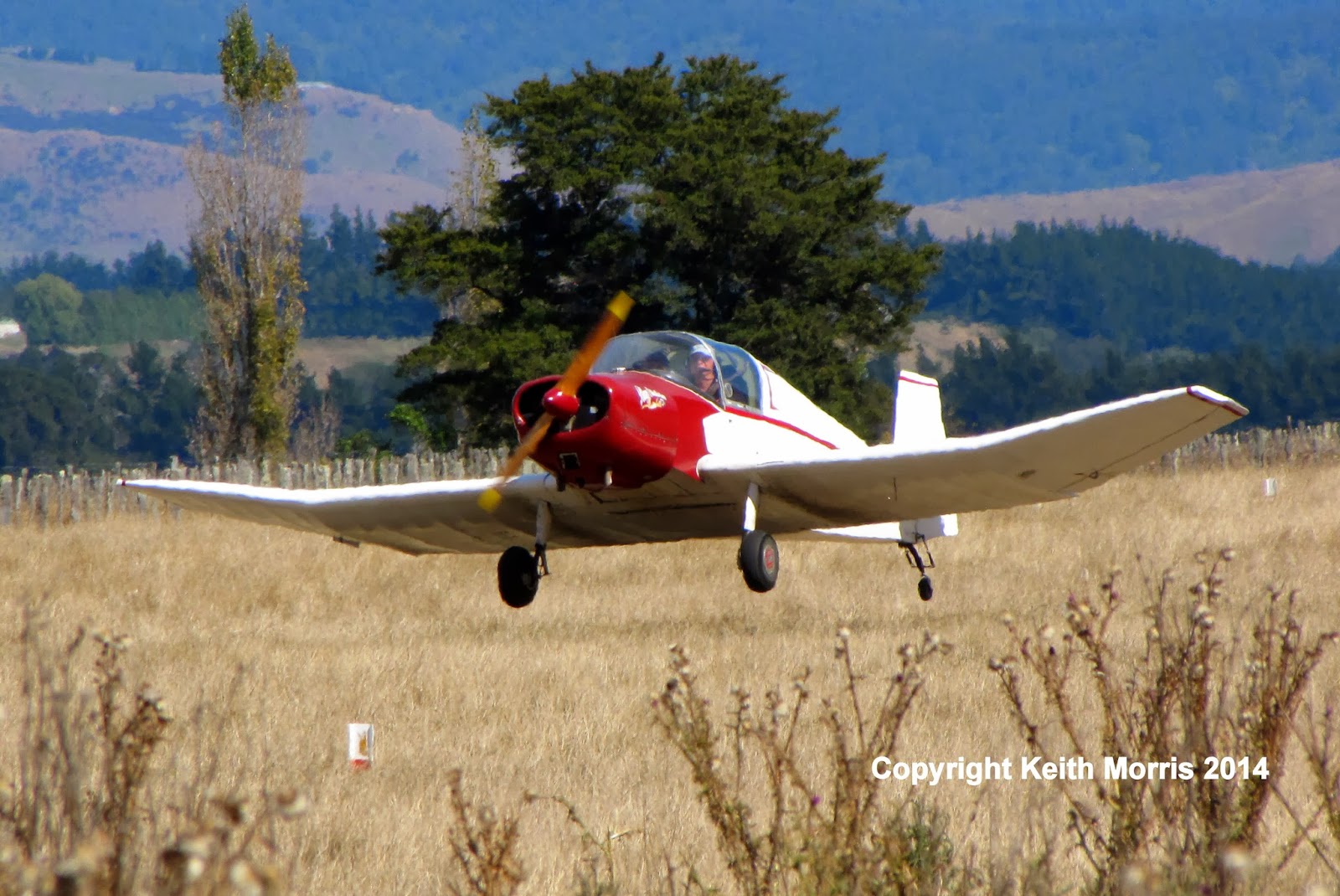 Some of the arrivals after us:  Brian Taylor in his Jodel D 11 ZK-DJQ, 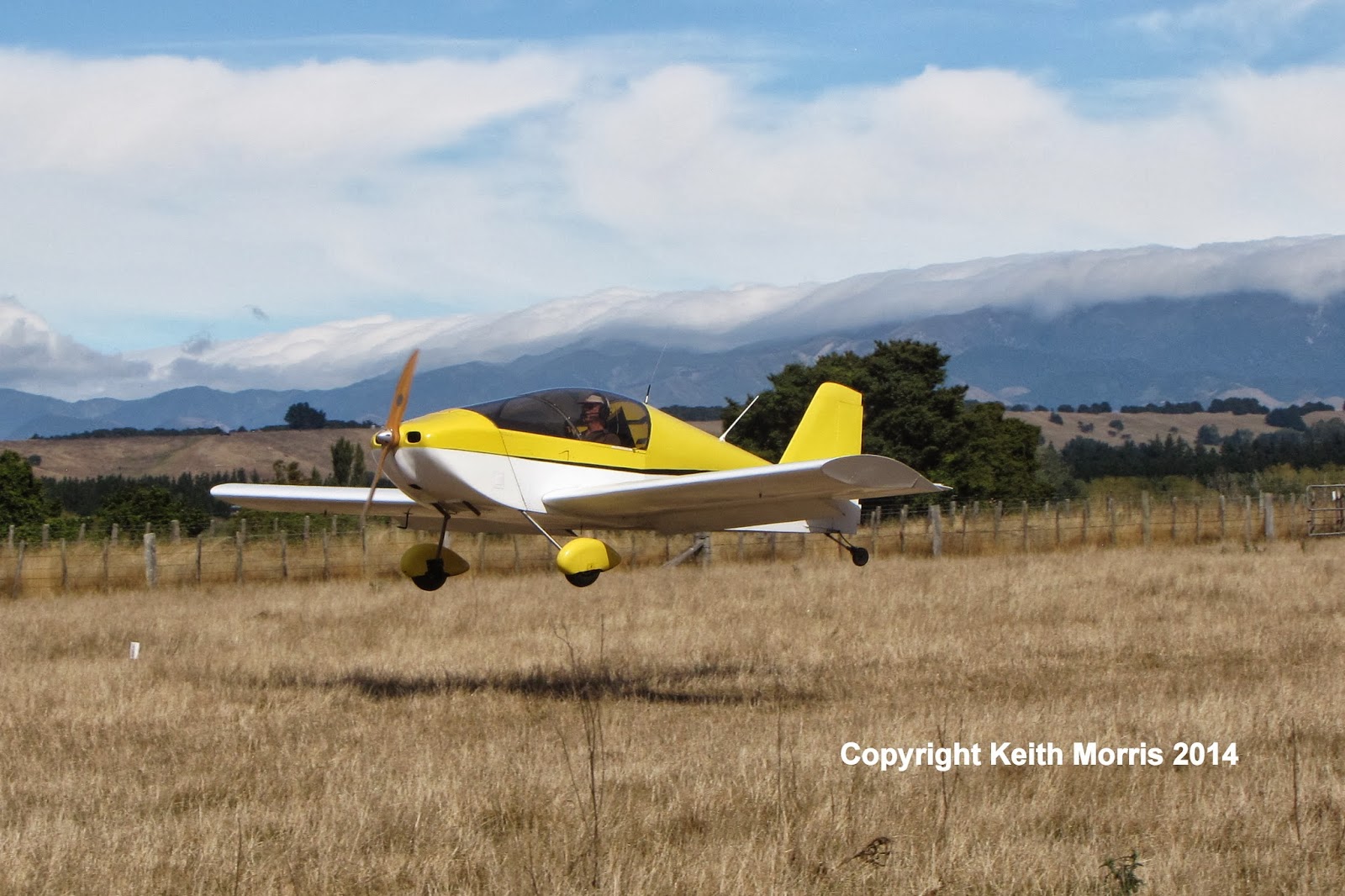 Nigel Finlayson in his Sonex ZK-NAF, 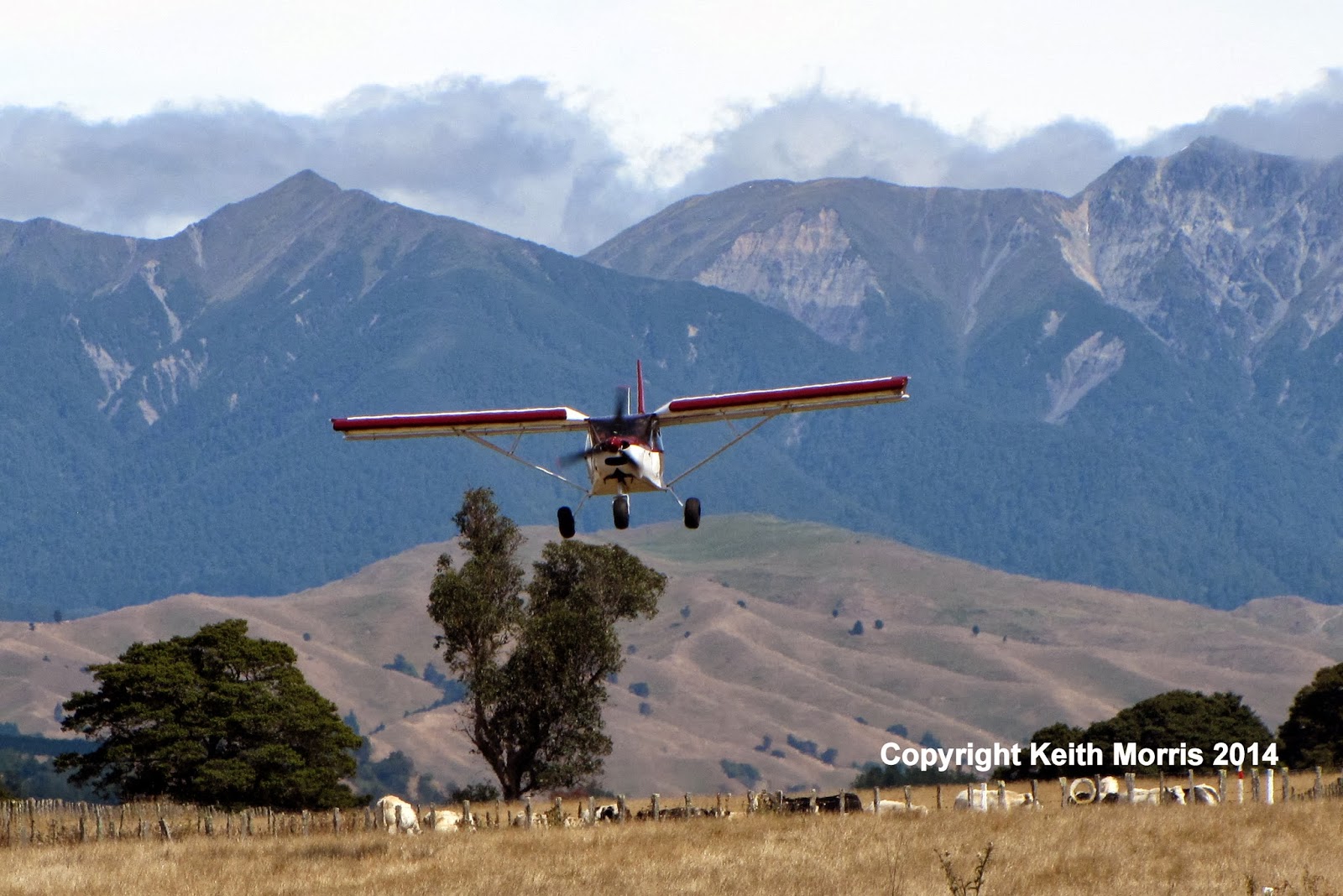 And Adrian Van Der Hulst in his Zenith CH 701 ZK-ESY, an appropriate aircraft for the backdrop. 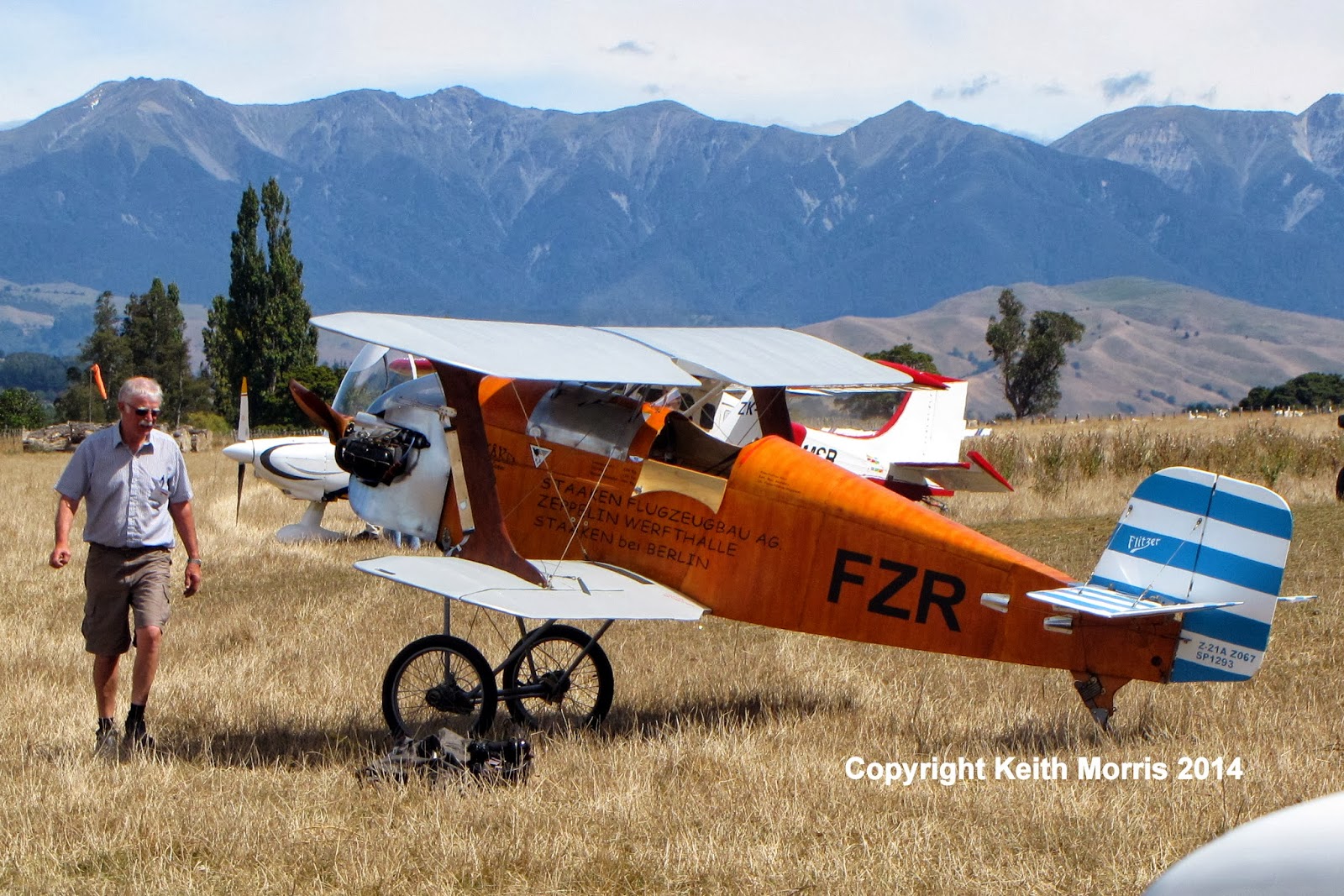 Der Flitzerpilot Max Saunders prepares his aircraft for the return to Hastingstein. 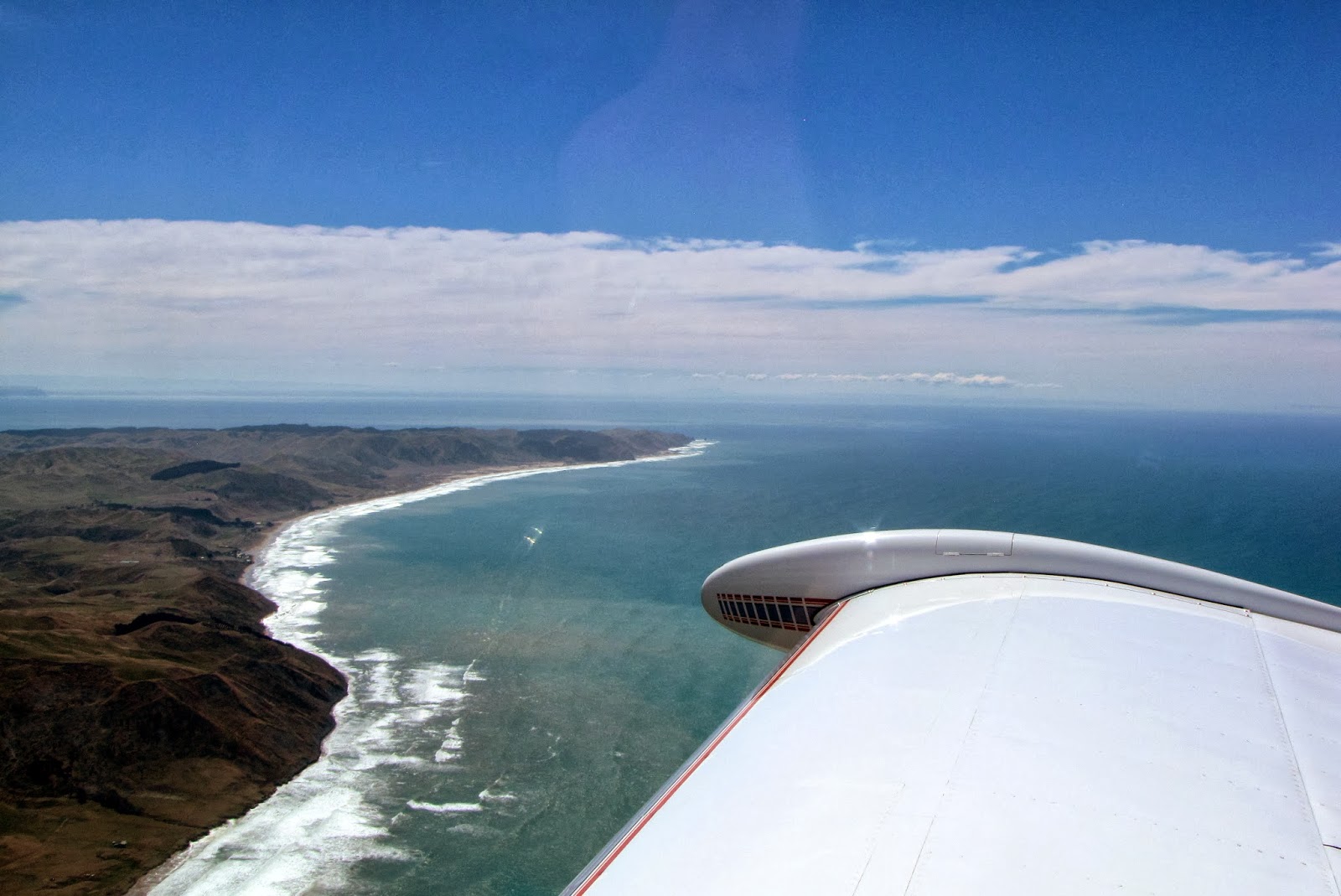 On the return we flew out to the coast and up towards Cape Kidnappers before returning to Hastings. 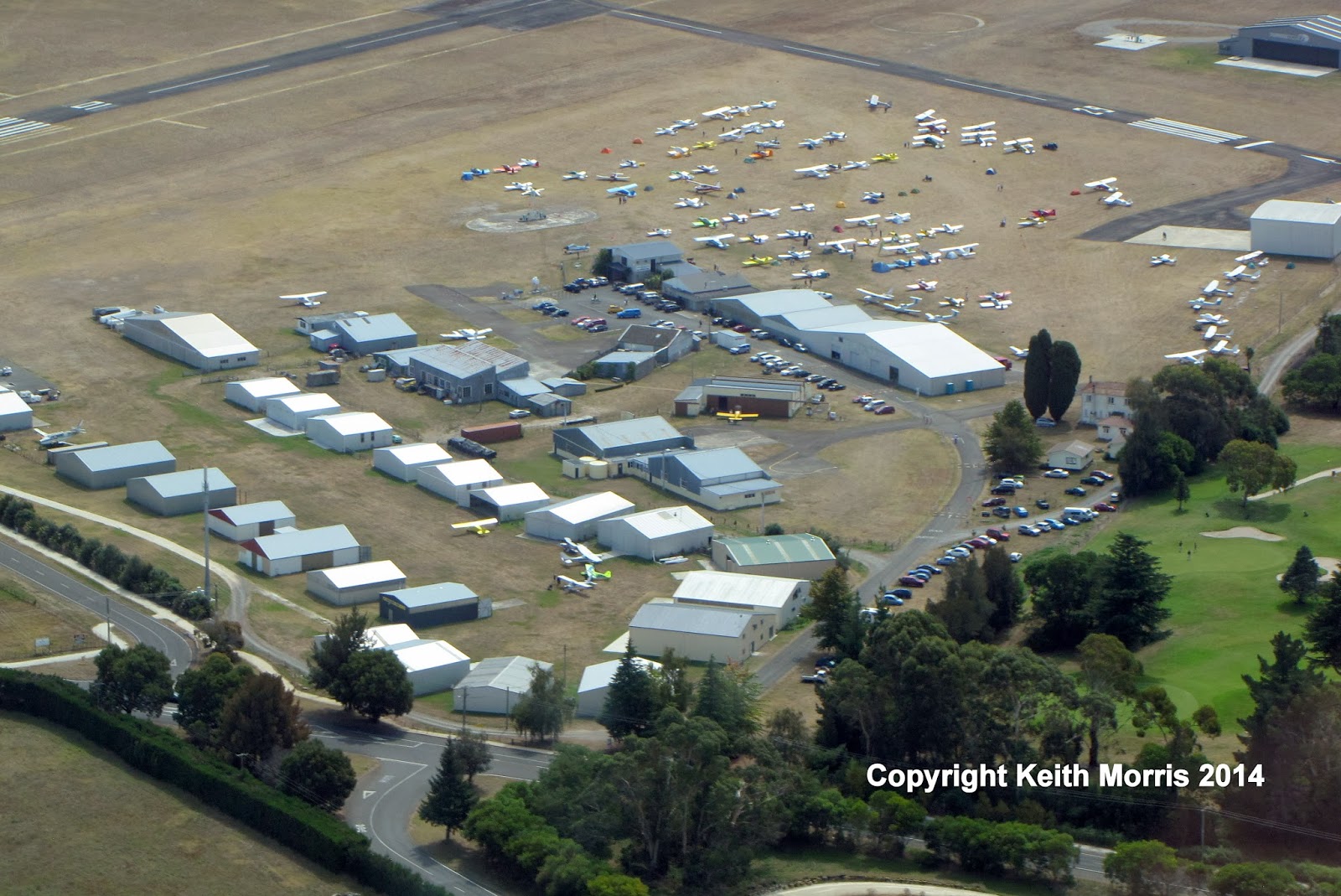 Where an overhead rejoin offered this panorama of the Bridge Pa aerodrome with most of the SAANZ aircraft parked out in the sun.  You can enlarge this photo by clicking on it, and you will be able to make out some of the individual aircraft.

A very pleasant trip - thanks Trevor.