On a lovely flying afternoon I was at Pauanui Airfield where not much was happening. However, I thought I would hang around for a while to see what might turn up. 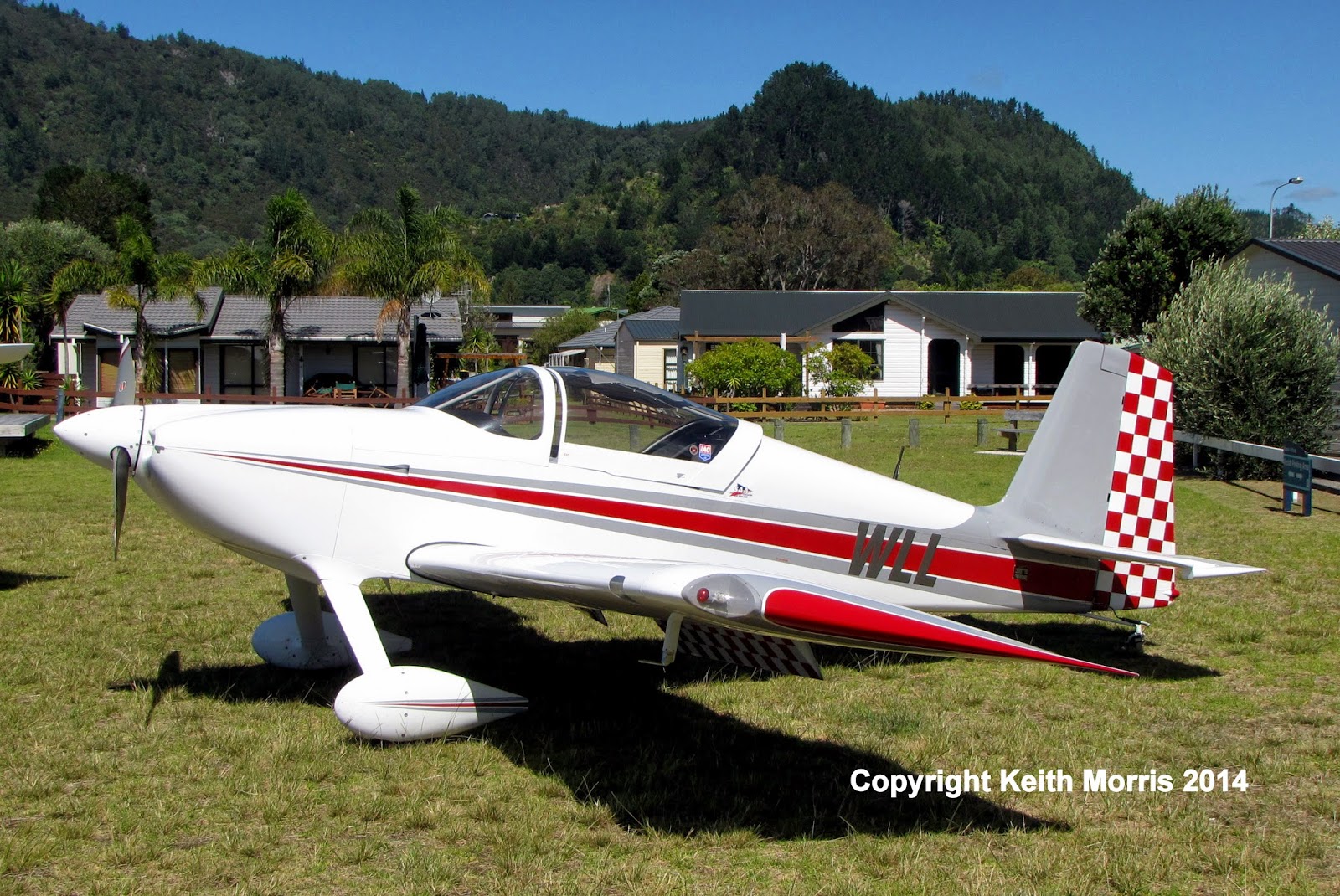 After only a short time a tailwheel Vans appeared for an overhead rejoin and I was delighted to find it was Bill Luther's newly imported RV 7 ZK-WLL.  This aircraft was imported by Bill from the USA where it was registered N715K, and it was first registered in New Zealand on 28/11/13. 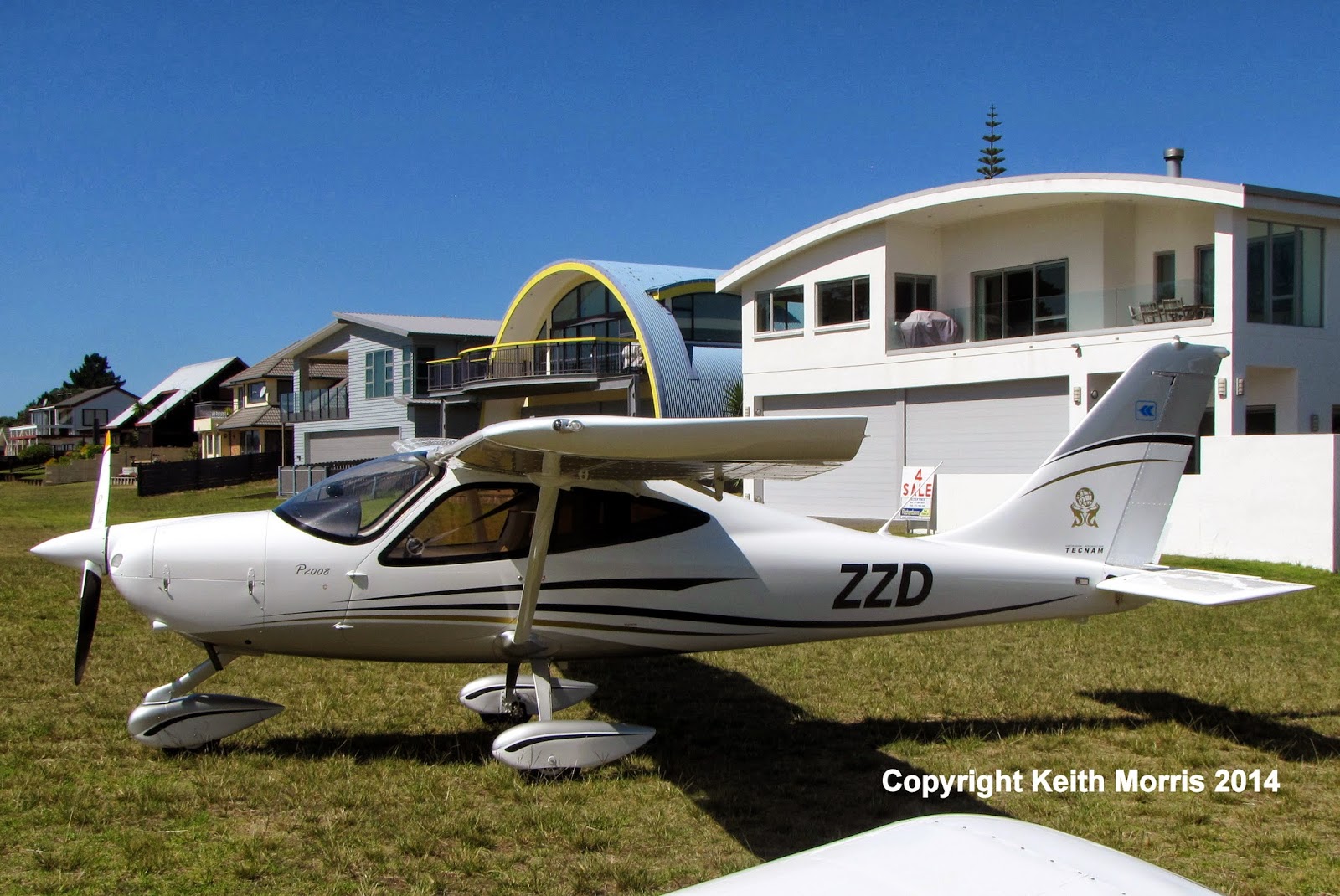 It was followed in by another newbie - Technam P2008 ZK-ZZD which has been owned by the Renwick and Gallagher Syndicate of Auckland since 26/11/13, which was being flown by Harry Gallagher.  The two aircraft were flying together on a flight from Ardmore via Waihi Beach and called in to Pauanui for a coffee on the way home.  Harry Gallagher also owns his own RV 7 - ZK-LVA, that he imported from the USA in 2010. 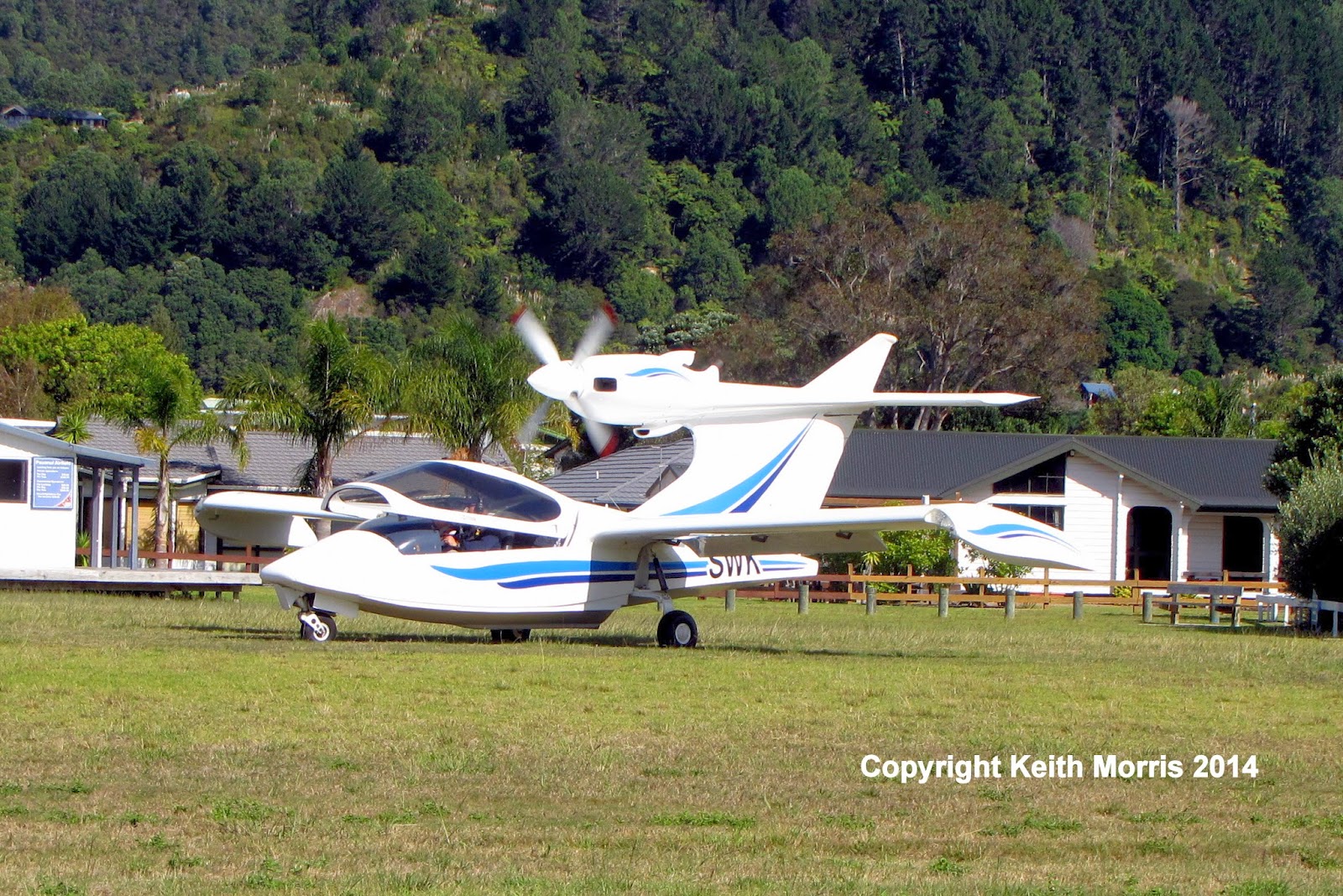