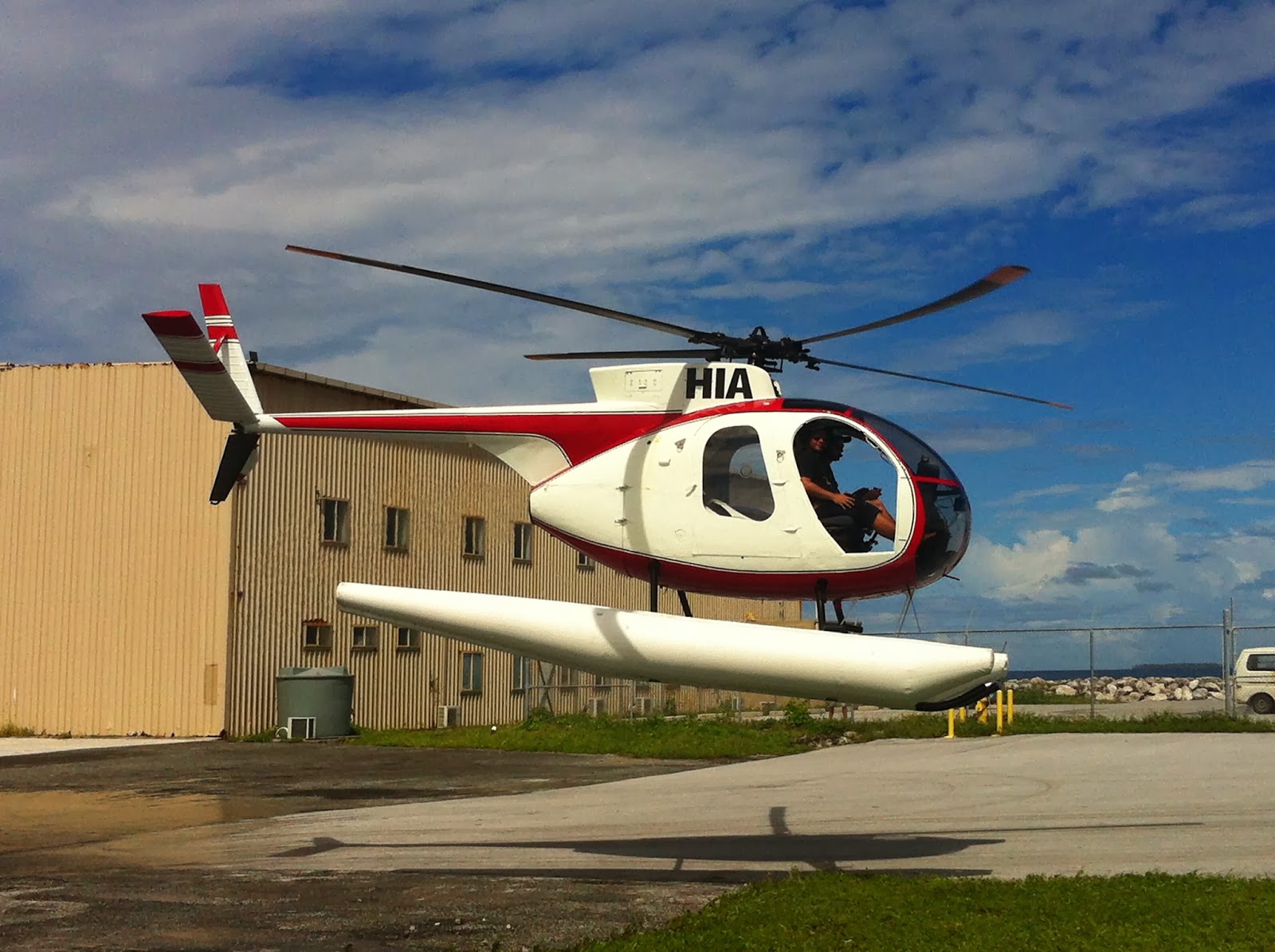 There are a number of NZ-registered helicopters that operate off-shore for varying lengths of time. Two of those that have not seen our shores for some time are these H369HS's, part of the fleet operated by Hansen Helicopters out of Guam. The first, ZK-HIA, a 1969 model, was registered here on 16 March 93, and spent the first 5 years with various operators on the West Coast before migrating with Jon Walker to Hansen's in the latter half of 1998. 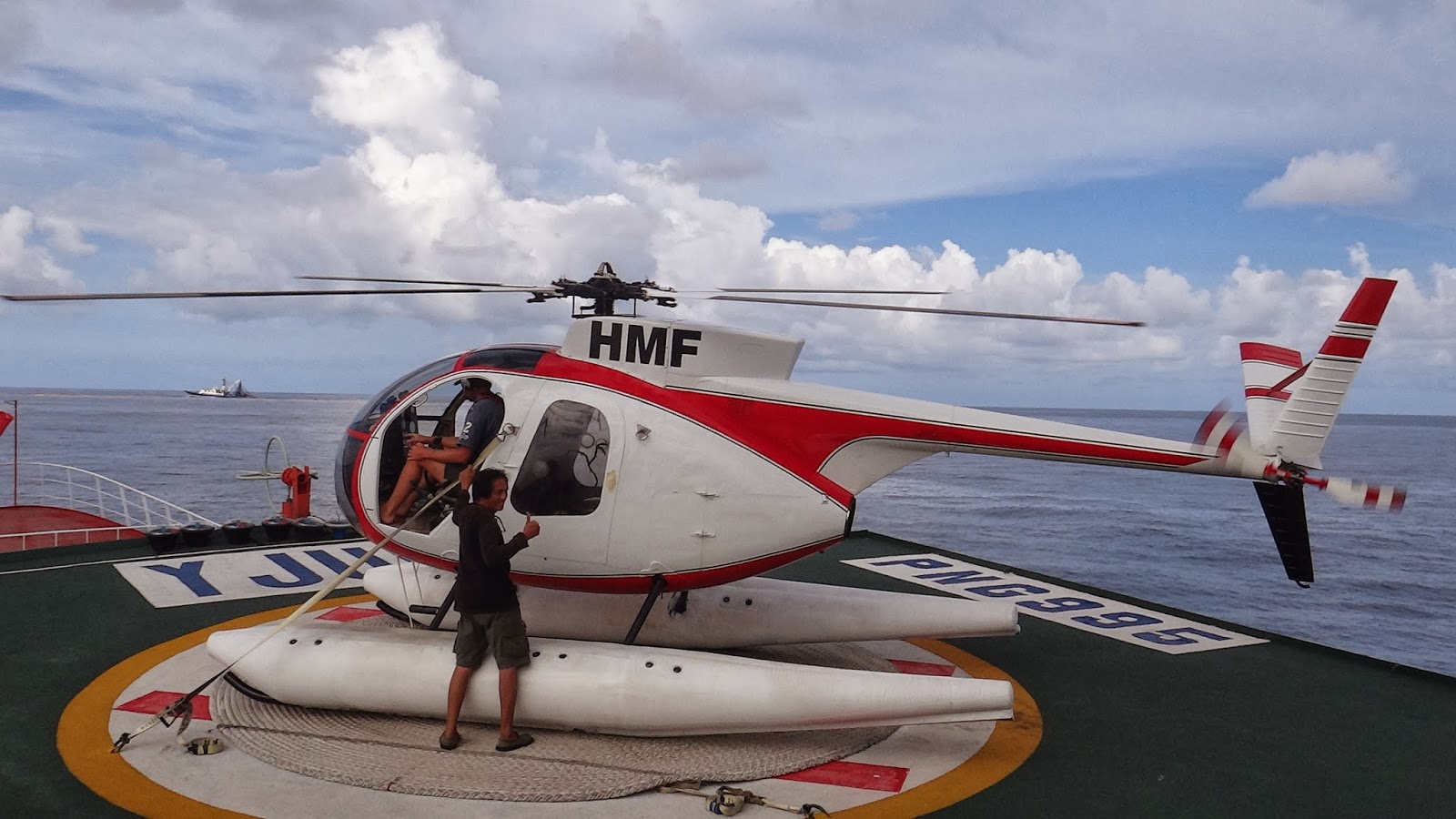 The other machine, ZK-HMF, is slightly younger, having been constructed in 1975. It  operated here with Mountain Helicopters on the West Coast during 1979-80 as ZK-HMV before returning to the US. It reappeared on the register on 30 March 95, this time as ZK-HMF, and spent some four years around the Manawatu and Wanganui before heading off to Guam under the same ownership as its sister ship.

Both helicopters are still alive and well, spotting for tuna boats out of the Marshall Islands at present. The last great frontier for these iconic but ageing C-models?
Posted by greybeard at 23:53