Yet another reason for the trip to the 50th Anniversary AACA/SAANZ flyin at Bridge Pa aerodrome was the number of local homebuilt aircraft that are based on the field, and that I have never seen or photo'd.  So I was delighted that there was a hangar opening scheduled for the Saturday morning. 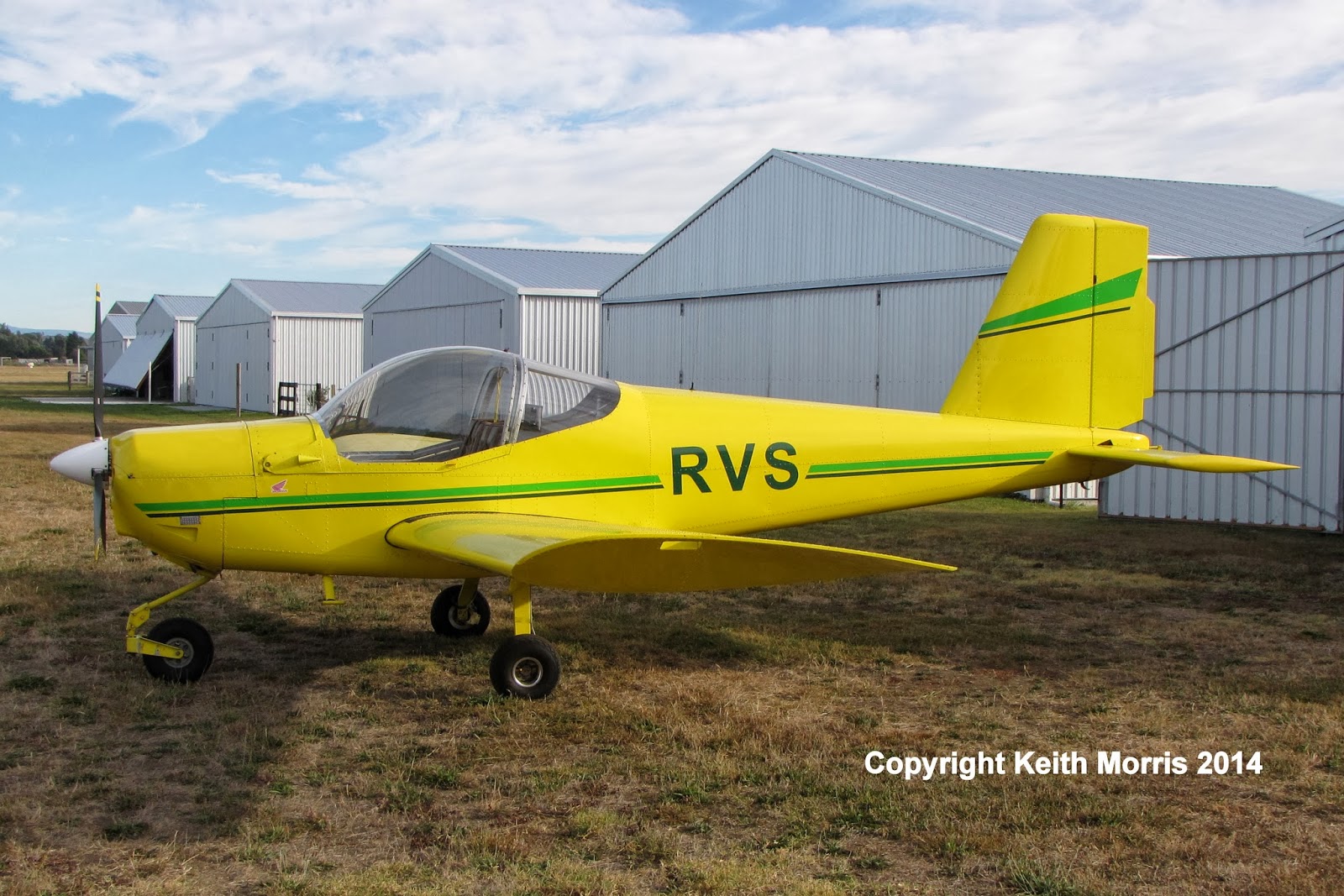 Malcolm Belcher opened his hangar to reveal a hangar pair:  Vans RV 12 ZK-RVS U/L was first registered on 7/12/11 and features a Viking Honda engine that has been modified for aircraft use from a Honda Civic engine.  (This is the second homebuilt aircraft to be registered ZK-RVS, the first being Gary Spicer's RV 4 which was written off in 1996).  ZK-RVS is for sale on Trade Me if you are interested. 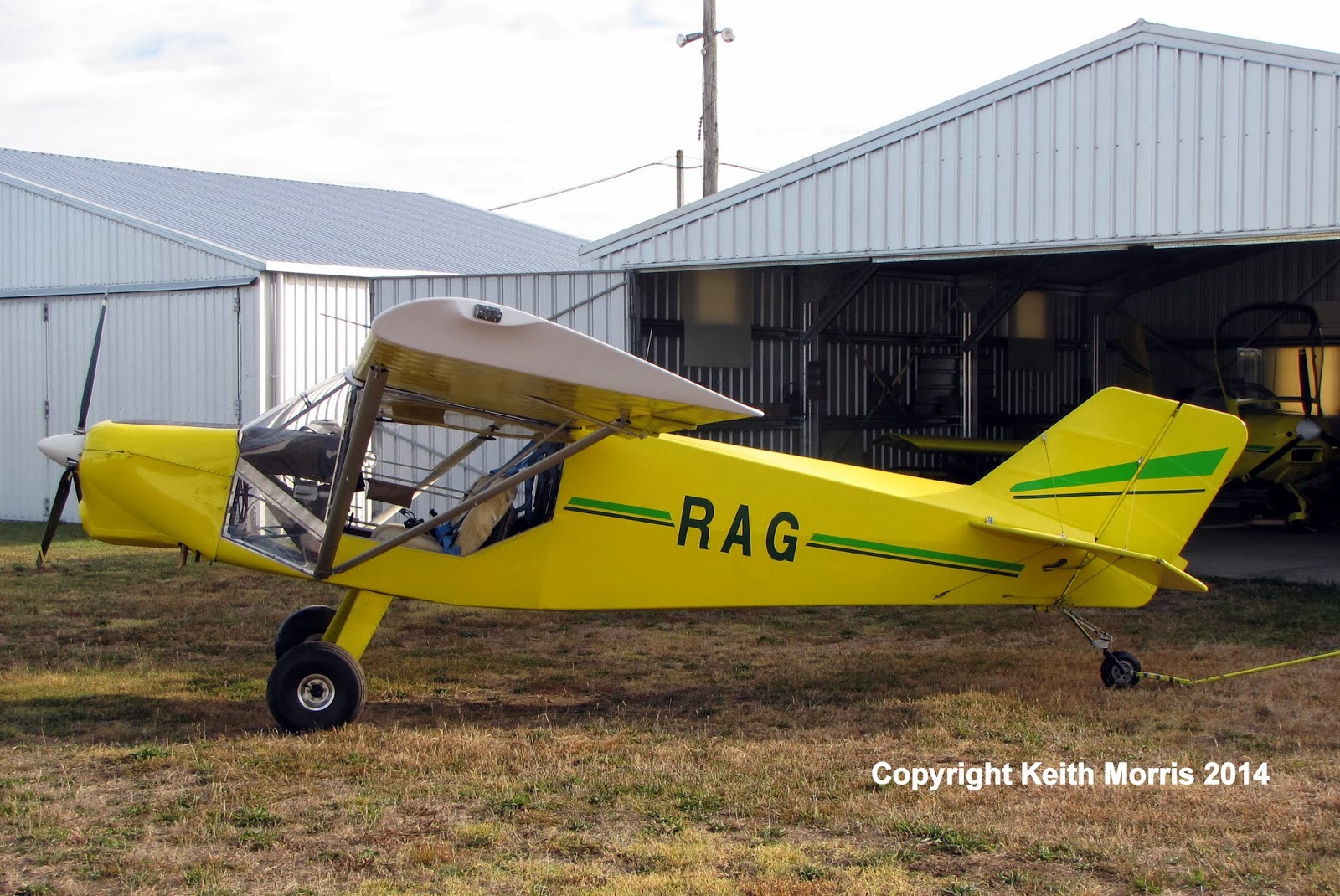 And a surprise was his new Rans S-6ES Coyote II ZK-RAG which was only registered on 10/9/13. ZK-RAG originally had pre-sewn flying surfaces, but Malcolm changed to Ceconite and also added a fuselage spine to the fin.  Malcolm told me that he enjoys building aircraft the most, so look out for more aircraft from him.  He also told me he had paint over from his RV 12, hence the colours of ZK-RAG. 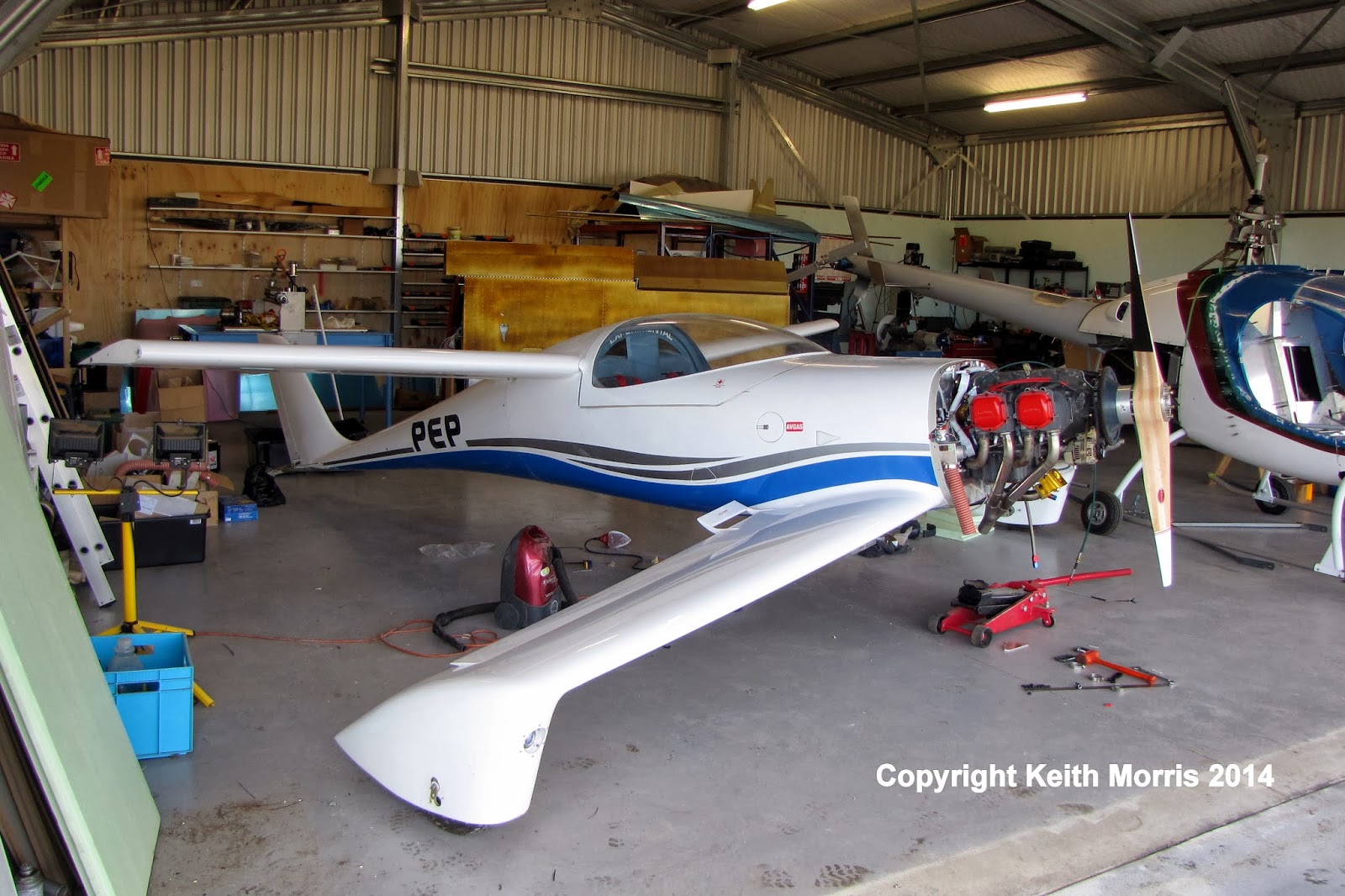 In Peter Nunn's hangar was his recently purchased Quickie 200 that originally had a Subaru engine installed.  However Peter is installing a 125 HP O-235 engine which you can see is well along.  Although painted as ZK-PEP it has not yet been registered.

In the back of the photo you can see Cliff Johnston's helicopter that started life as Rotorway Executive ZK-HUB in the 1980's.  Cliff purchased it from the Wellington area and has extensively rebuilt it with many modifications.  One to look out for in the future. 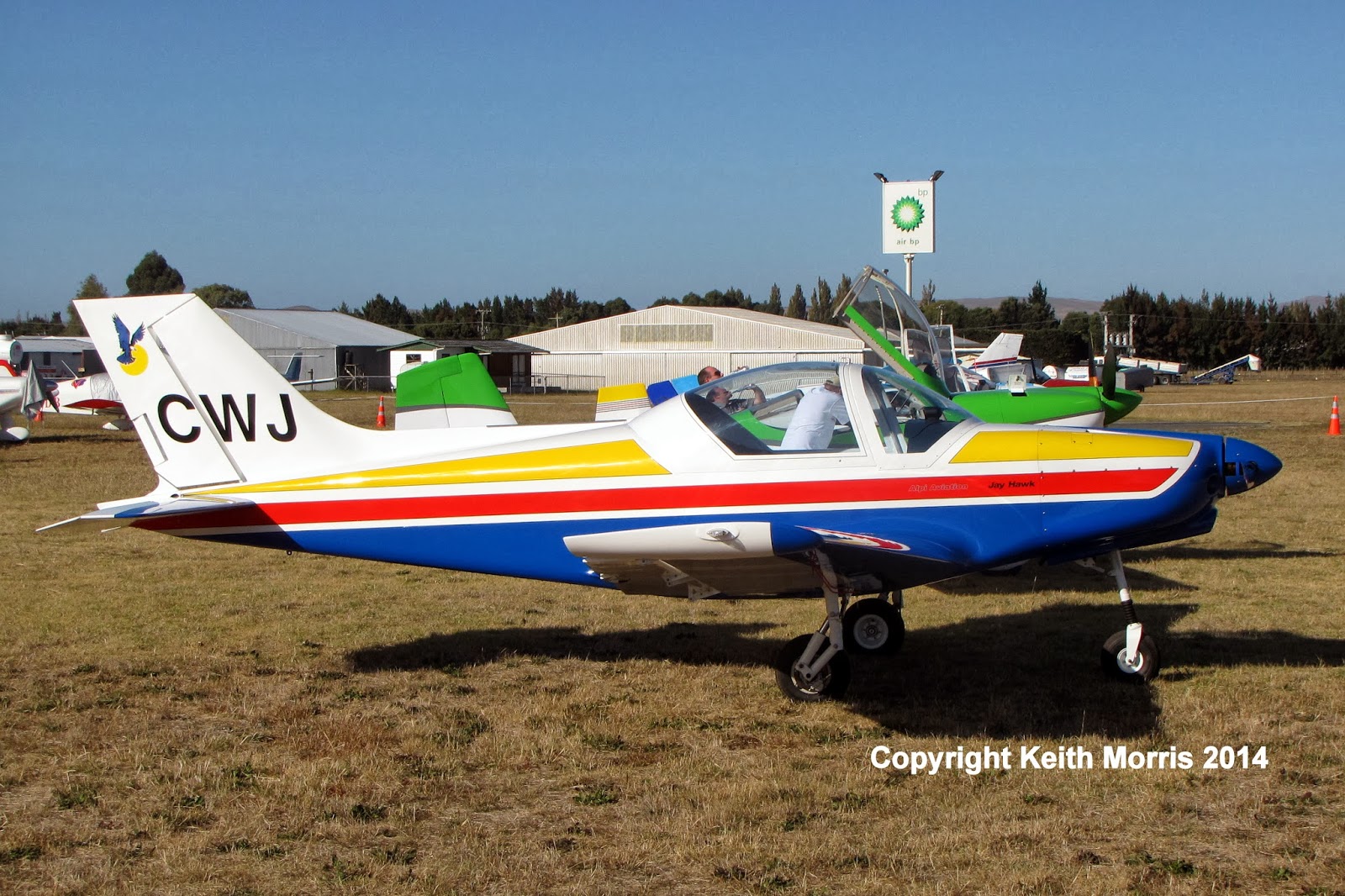 Cliff Johnston's other aircraft was also on display.  This is Alpi Aviation Pioneer Jay Hawk ZK-CWJ which Cliff towed over from his hangar across the road from the cross runway.  Cliff told me that he is not allowed to taxy across the road so he has to tow his aircraft across.  Cliff built his Jay Hawk from a kit making it our only kit built Alpi (although there is another one nearly completed in Canterbury).  He also modified it with an undercarriage that is much wider and folds inwards into the wing - this caused a lot of consternation from Alpi at the time, and is why it has a different name. 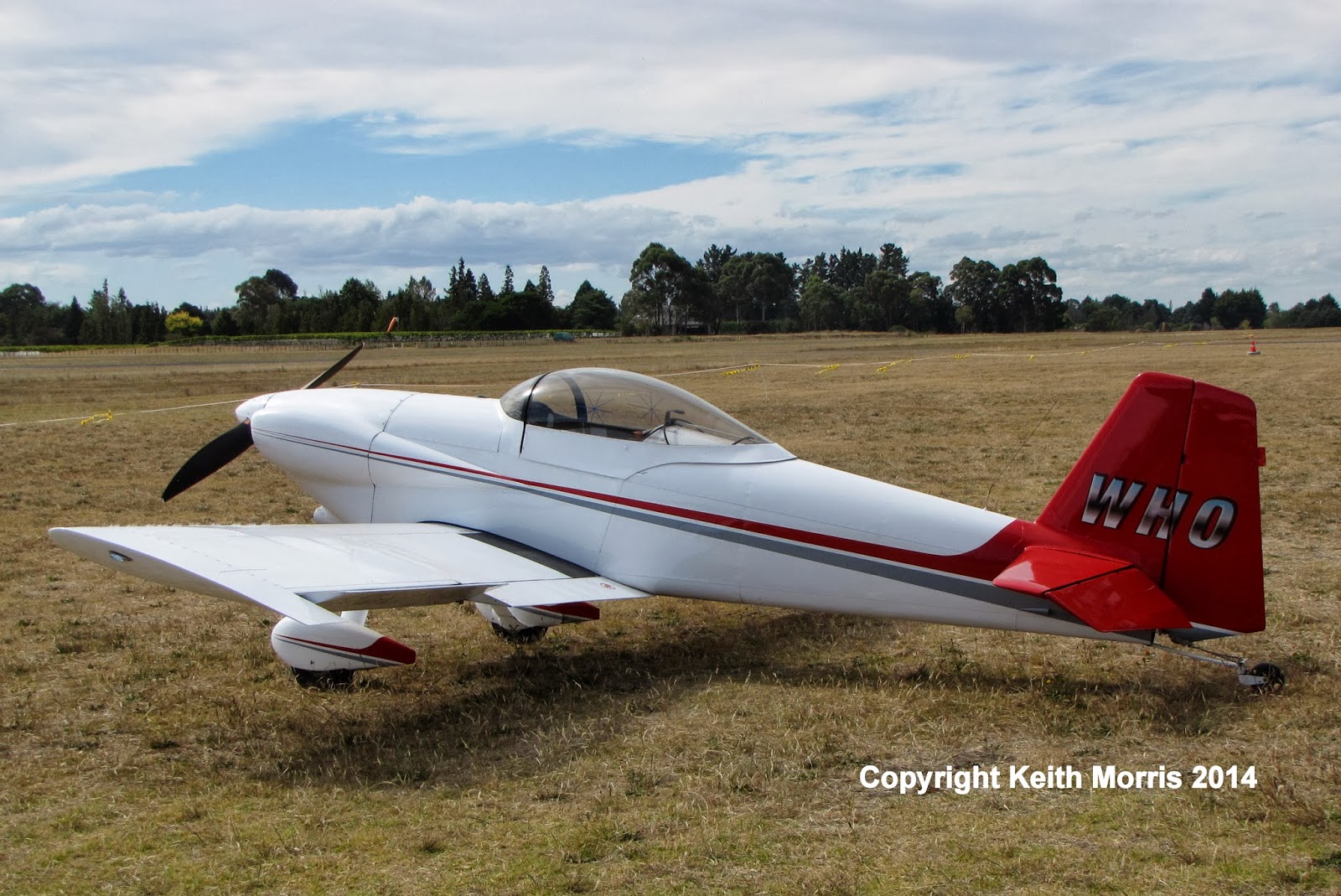 Jerry Chisum bases his Vans RV 3 on the field, along with the rest of his and wife Jan's aircraft (Gypsy Moth ZK-ADT and Minicab ZK-RJK).  I think this is its first SAANZ flyin since its refurbishment and re-painting. 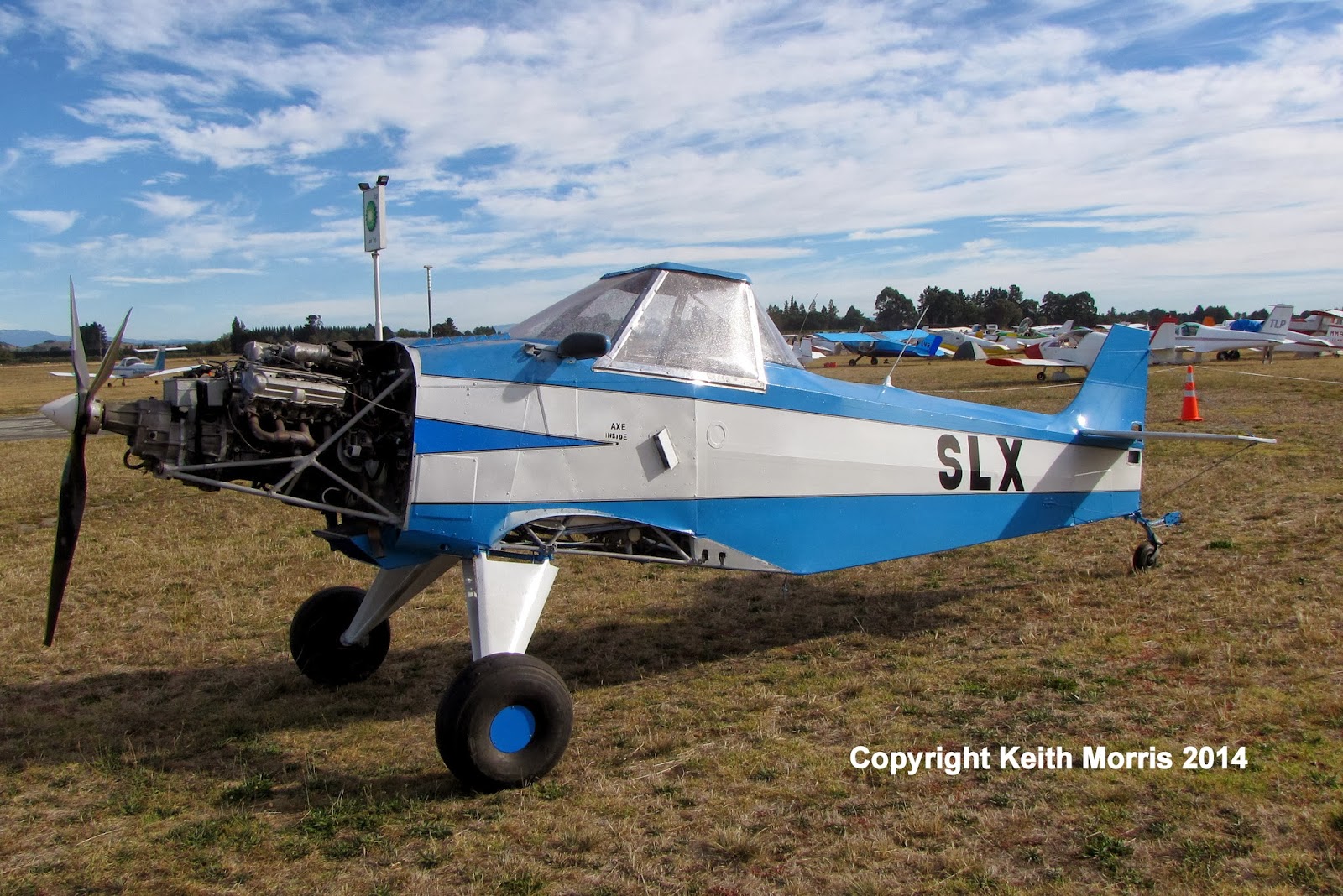 Gavin Grimmer also towed his Skylux ZK-SLX to the display area on the Saturday.  This aircraft was developed as a cheaper glider tow plane for the local gliding club but Gavin has had ongoing problems with certification.  It has not yet flown.  It is powered by a converted Lexus V 8 engine. 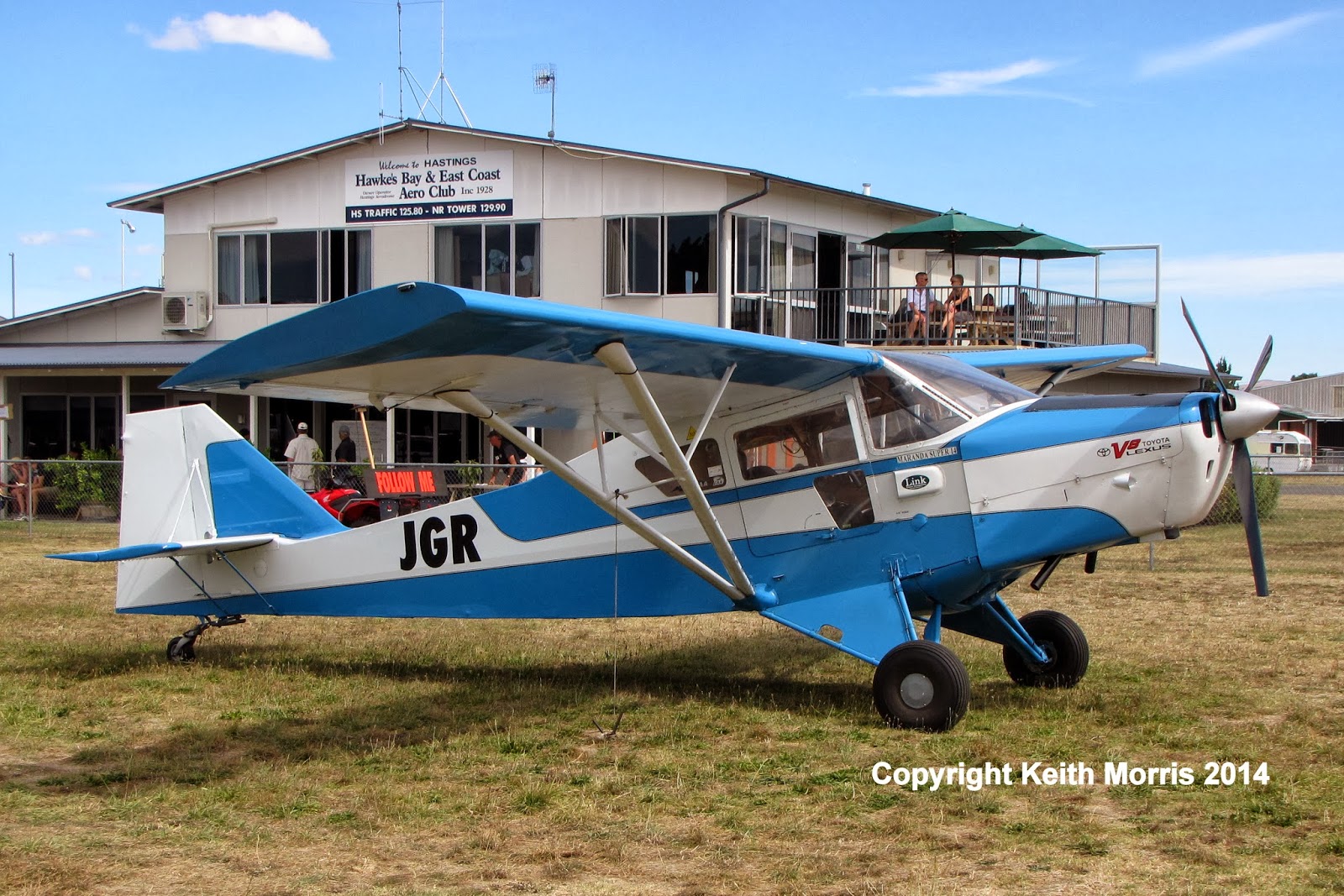 And finally, not a new aircraft at its first SAANZ flyin, but I thought I would include Gavin Grimmer's other aircraft, his Maranda Super 14 ZK-JGR, nicely placed in front of the Hawkes Bay and East Coast Aero Club clubrooms.  The aero club members were excellent hosts of the flyin.  ZK-JGR is also powered by a converted Lexus V 8 engine.  I include it here because of Gavin's sterling work in driving the Follow Me quad bike during the flyin, when I am sure he would rather have been flying.

You can see from the above, that there is a large variety of interesting homebuilt aircraft based at Bridge Pa aerodrome.