In my previous post I posted a photo essay on my flight from Stratford to Te Kowhai in my Jodel D9 ZK-KMM.
After about an hour and a half on the ground for a chat and coffee and lunch in their great visiting pilot's lounge, I took off from Te Kowhai at 12.45 pm and my flight North continued:


(Click to enlarge the photos to see the scenery better) 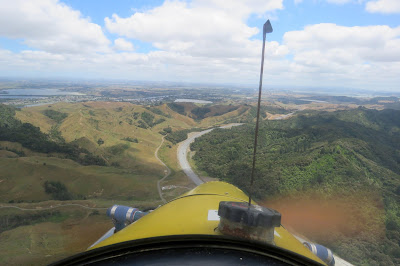 North from Te Kowhai The Huntly Bypass is nearly completed 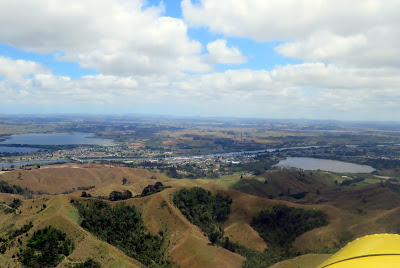 Huntly off to Port 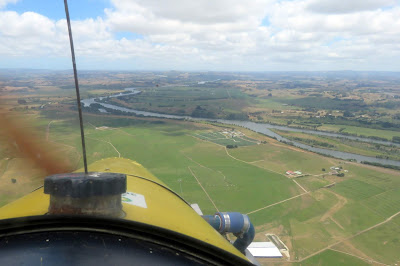 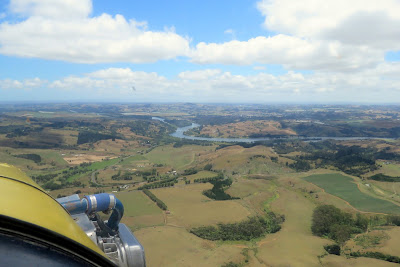 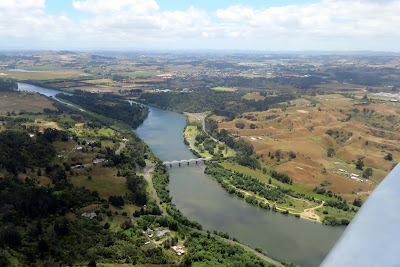 A bridge over the Waikato near Tuakau 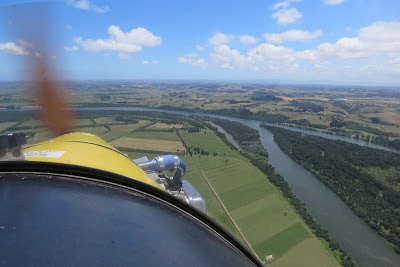 The Waikato River heads for the coast 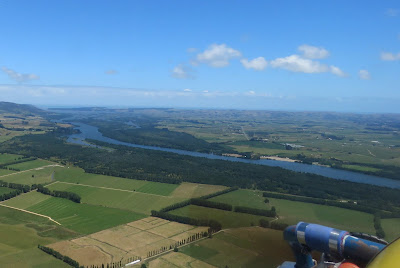 Port Waikato in the distance, but we didn't go there. 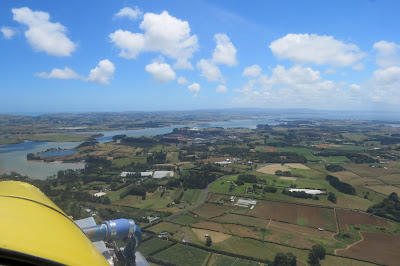 Arriving at the Manakau Harbour near Waiuku 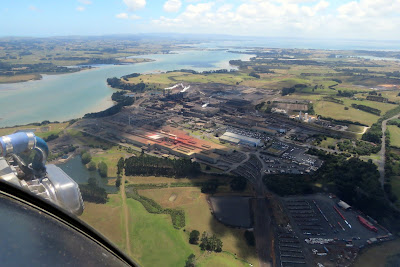 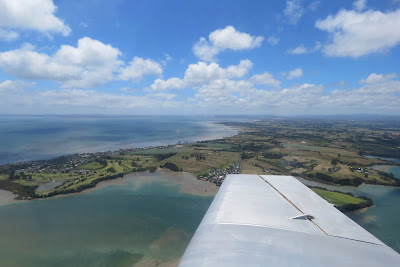 Clarks Beach on the Manakau. 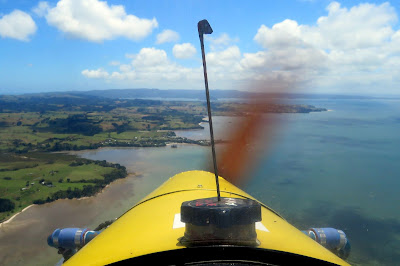 Flying up the Western coast of the Manakau, keeping under 1500 feet to stay under the Auckland International Airport airspace. 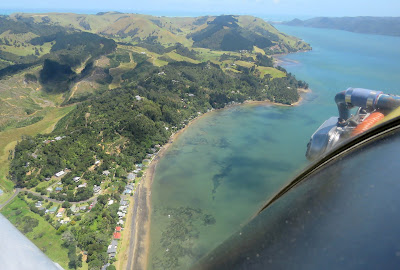 Big Bay heading out towards the Manakau Heads 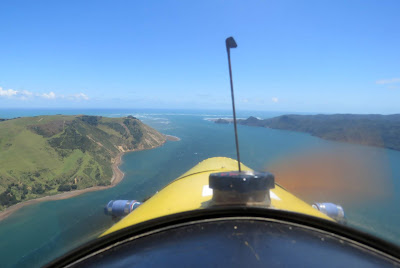 Then I flew out through the Manakau Heads 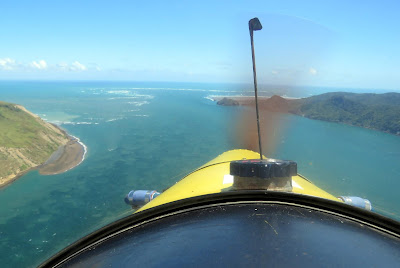 Nearly out to the Tasman Sea 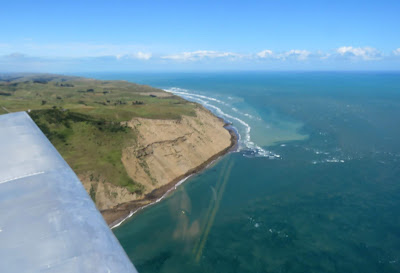 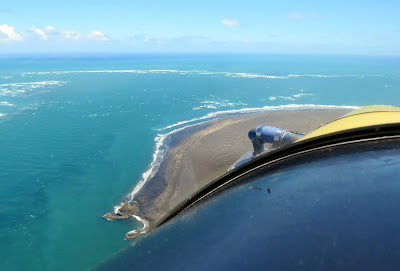 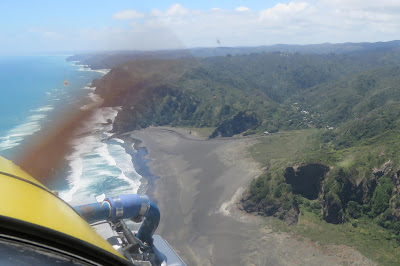 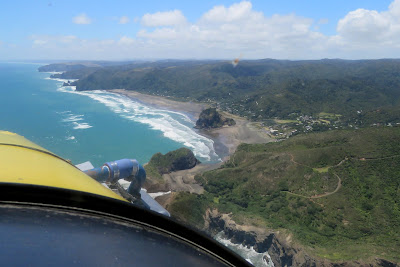 Then on to Piha 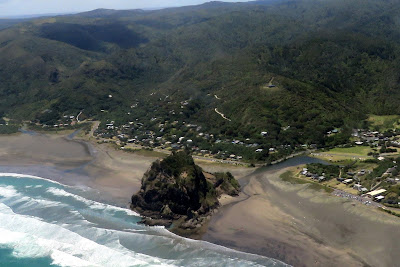 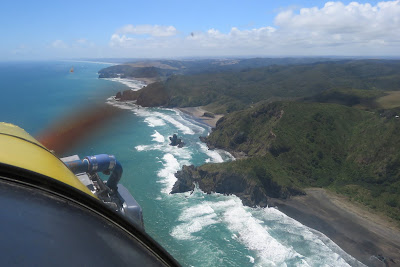 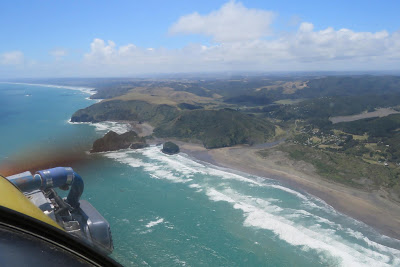 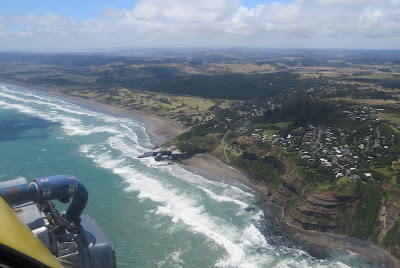 And on past Muriwai where I could see the gannets 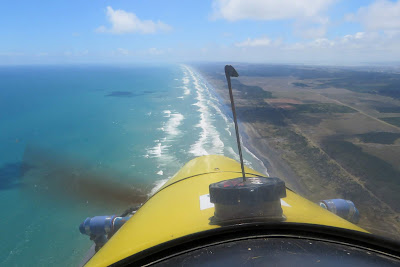 Then I followed the coast North until I got past Parakai 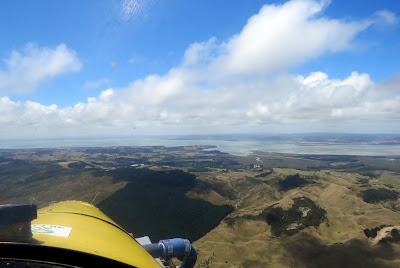 And I cut across towards Shelly Beach on the Kaipara Harbour 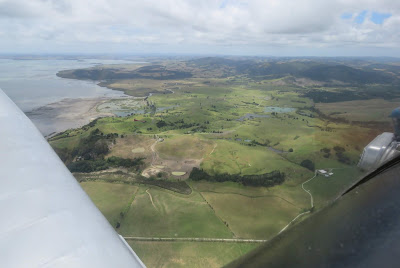 On past Gibbs' farm with its large art works 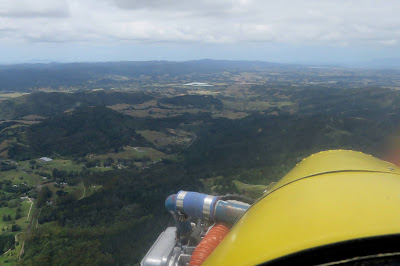 Then I followed the road that cuts across to Warkworth. The landmark for Kaipara Flats airfield are the big white covered glasshouses where they grow capsicums - you can see them ahead in the distance. 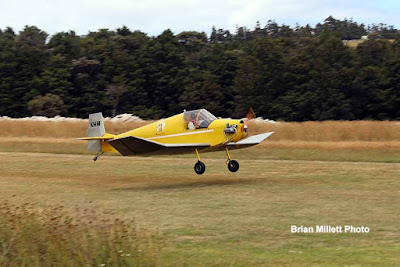 And in for my first landing at Kaipara Flats in ZK-KMM after a flight of 1 hour and 45 minutes.