Jodel D9 ZK-KMM in the North

Perceptive readers of the blog may have noticed that Jodel D9 ZK-KMM has moved North, where it is now hangared at its new base at Kaipara Flats airfield.  Which is great news for me, and I took advantage of this to fly up to Dargaville for lunch yesterday.  The flying conditions were near perfect with a light South Westerly which produced a flight time of 45 minutes each way which is half the time it takes to drive up there, and without the holiday traffic jams!

So I thought I would do a post on my flights: 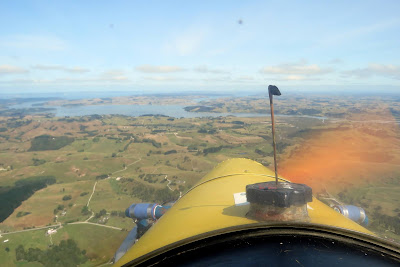 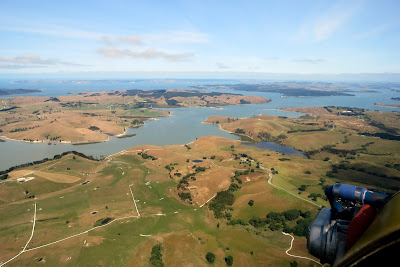 The Kaipara is a beautiful harbour to fly over on a lovely day. 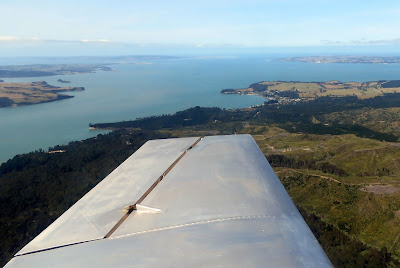 That's Tinopai off the port wing with the Kaipara Heads in the distance. 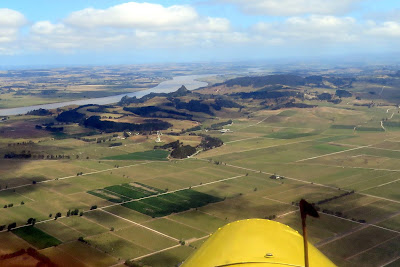 Approaching Dargaville up the Northern Wairoa River, the volcanic cone of Toka is a good landmark. 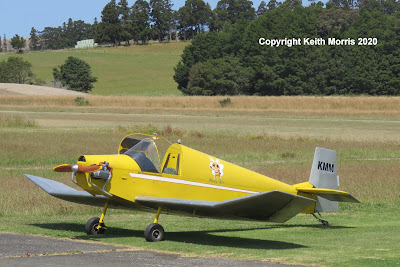 Back home at Kaipara Flats after a great day! 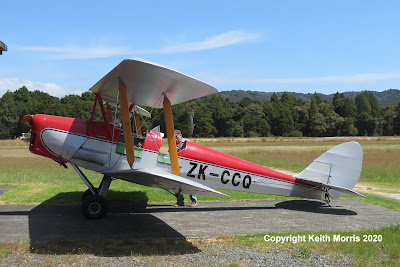 And to add to the nice camaraderie I was followed back from Dargaville by Jim Schmidt in his Tiger Morth ZK-CCQ.