Gavin Magill was there and has kindly sent the following photos: 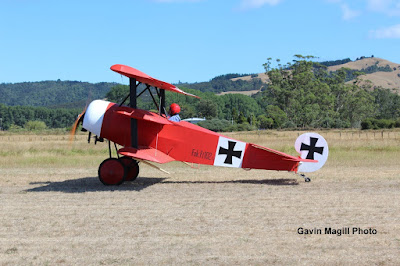 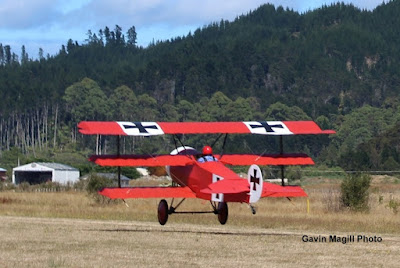 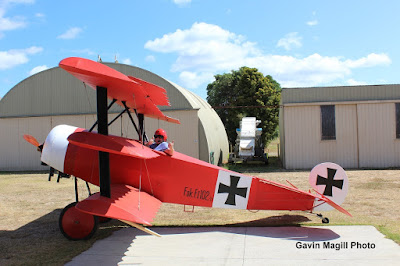 And thumbs up after the first flight.

Pete's aircraft is serialled Fok F1 102/17 which represents a prototype aircraft, which led on directly to the Dr1 production Fokker Triplane.  Google states that the aircraft 102/17 was flown by Manfred von Richthofen and he scored his 60th victory in it on 7/9/17 (but I am not sure if the original aircraft was painted red).  Never the less ZK-CCO2 is a great achievement by Pete and it looks great.  I understand that the aircraft is powered by a Continental radial engine.