From a very warm afternoon in Christchurch I offer these three aircraft. 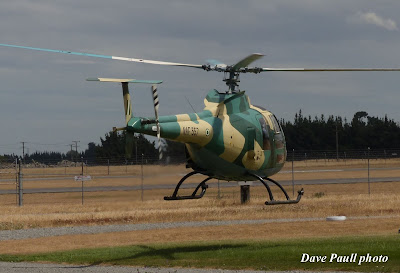 I seem to have the infinite capacity of seeing the back end of the Mil 34 ZK-HUN5 (c/n 9783034102005)
Caught this afternoon heading out for a test/training flight - hopefully before being delivered to its new home later today. Looking all bright and shiny was the Aerospatiale-Alenia ATR72-212A ZK-MCB2 (c/n 598) sitting on the Antarctic apron.
It has been in this scheme for some time now.