As you can see from the photos the weather was great for the Northern Aviators Club flyin at Leo Johns airstrip at Mata today.  Leo's 700 metre airstrip is located about 5 nautical miles South West of Whangarei Airport and has the same 24/06 runway alignment as Whangarei and the same frequency of 118.6, which can lead to a bit of confusion in the circuit.  About 15 or so aircraft attended, and some of them were: 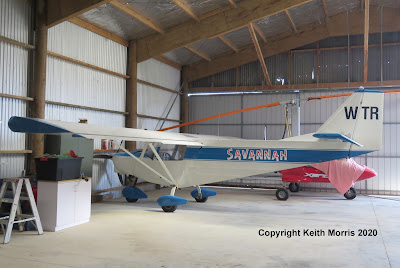 A new one to me was Savannah ZK-WTR that has been owned by James Matthews of Ruakaka since joining the Northland Savannah flock on 15/11/18. 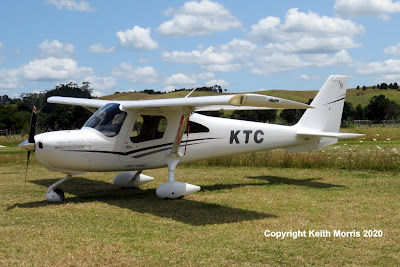 Another new one to me was the Kaitaia Aero Club's Cessna C 162 Skycatcher ZK-KTC, which was flown down from Kaitaia by Mark Muller. 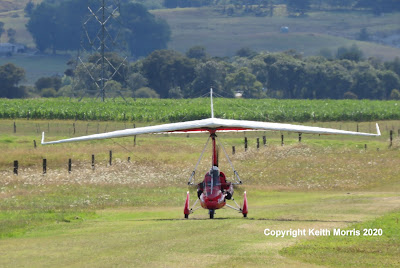 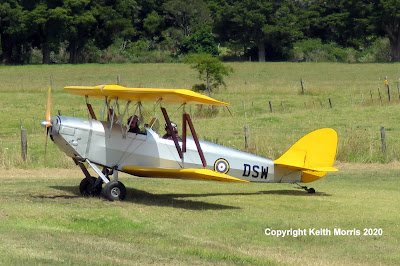 A nice surprise arrival was Steve Wynne's Fisher R 80 Tiger Moth 75% scale replica ZK-DSW2 which was being flown by Colin Jordan and Geoff Pritchard (who both own RV 8s in Canada).  It is powered by a UL engine of 107 HP with direct drive to the propeller. 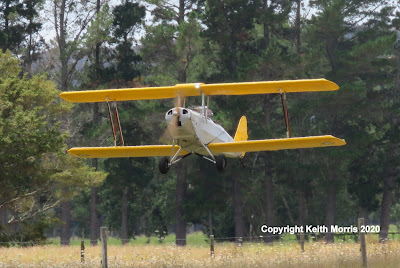 It lifted off very well with 2 up.. 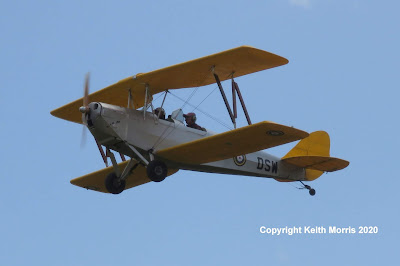 And climbed out looking very nice! 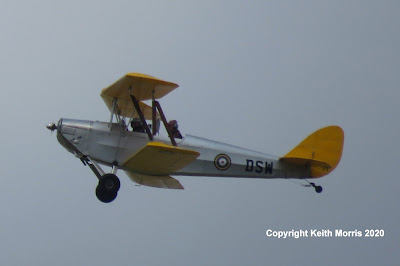 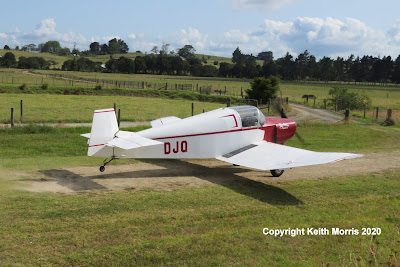 Brian Taylor was there when we arrived, then left for Dargaville in his Jodel D 11 ZK-DJQ. 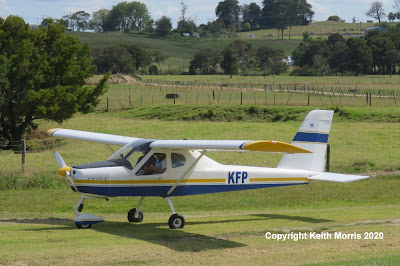 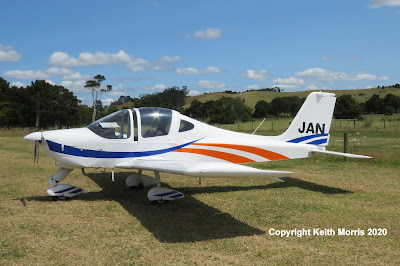 A couple of aircraft flew up from Waihi Beach:  Dave Evans in his Tecnam P 96 Golf ZK-JAN3. 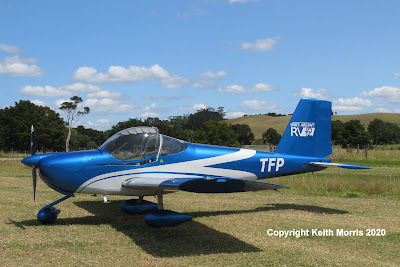 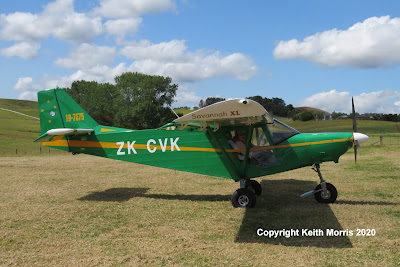 Then another of the Northland Savannah flock arrived as Steve Williams flew taxied up in ZK-CVK2. 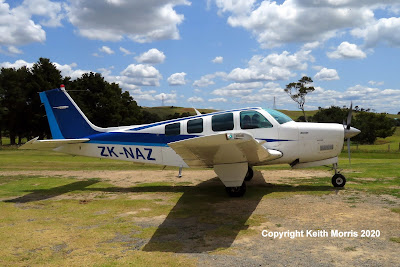 I was also pleasantly surprised to see Abbas Shahroodi fly up from North Shore in his Beech A 36 Bonanza ZK-NAZ.  It handled the strip easily. 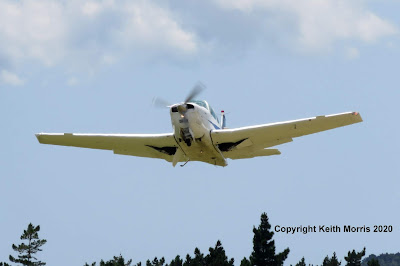 It sure sounded powerful among the Rotaxes!

Altogether a great day of aviating and talking about aviating!