The Northern Aviators Club Pancake Breakfast flyin at Kaipara Flats this morning had a smaller attendance than last year due to the 25 knot South Westerly winds.  However this did not stop some hardy flyers attending in autogyros that handle the winds a bit better, plus some heavier metal.  This year we were able to use the facilities of the Rodney Aero Club, which was great as the hangar door was sheltered from the wind while being open for the sun.


And the pancakes were great too!  Thanks Erwin. 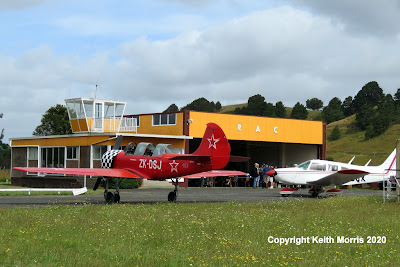 NAC stalwart Leo Johns was there in his trusty Cherokee Archer ZK-DQX, and the very active North Shore Yak 52 ZK-DSJ2 was a welcome arrival. 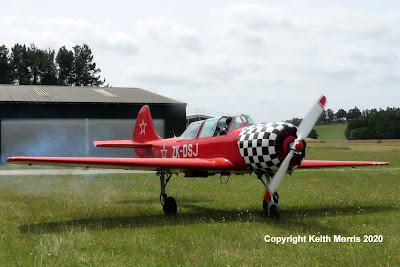 The Yak was crewed by Christoph Berthoud and Brent Hempel.  Here it is firing up its big radial for departure.  I am not sure if a Yak 52 has been into Kaipara Flats before, I certainly haven't seen one there.  Welcome guys! 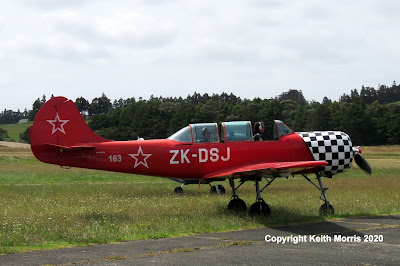 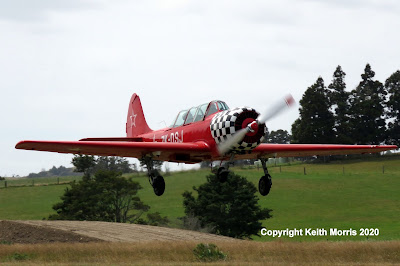 and blasting off again! 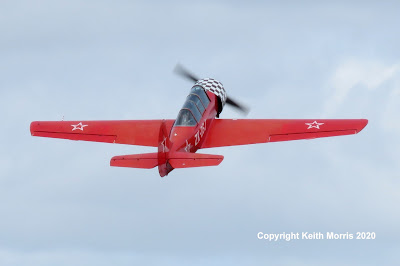 for an impressive climb out. 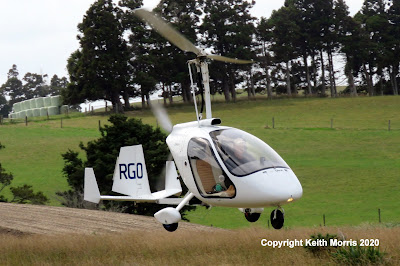 Peter Randall departs for Dargaville in his Magni M 24 ZK-RGO. 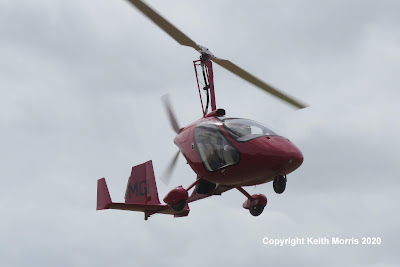 Followed by John Wiessing in his sister ship M 24 ZK-MGI. 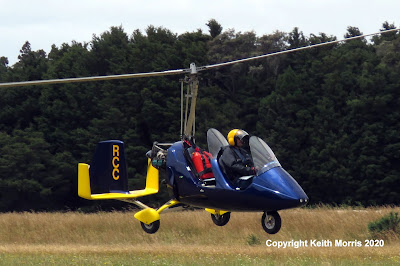 Then the overnighters left for points South - Geoff Maurice in his MTO Sport ZK-RCC, 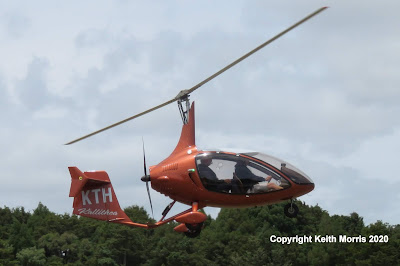 followed by Tony Unwin in his Kallithea ZK-KTH. 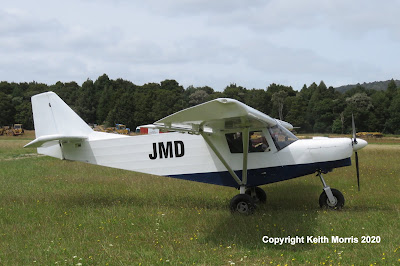 And later on Rusty Russell and Graham Metge arrived for brunch in Savannah ZK-JMD, that Graham has owned since 7/2/19, when it joined the flock of Savannahs in Northland.