Auckland Anniversary Weekend has brought an increase in the number of visitors to Pauanui and amongst these today was the Wanganui Aero Club's Cessna 172S ZK-JIP3.   This was formerly ZK-RQA being reregistered back in April 2019. 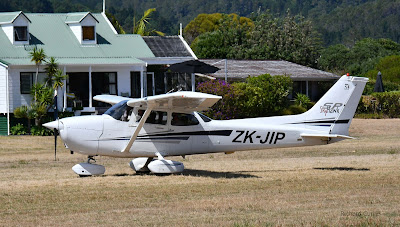 Not often seen is the 1976 Grumman American AA5A ZK-TMR which was imported from Australia in 2006, and has been Tauranga based since 2011. 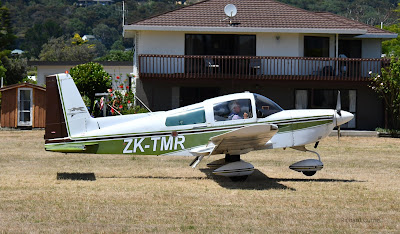