I popped into Franks hangar at Rangiora this morning to catch up with his latest  addition. 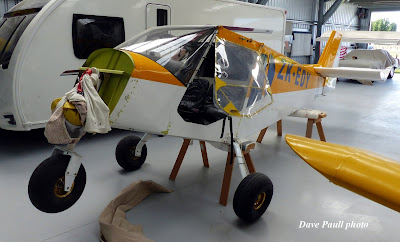 Zenair CH701 STOL ZK-EDY (c/n 7-3988) as a project started back in 2001 by Gary Eady of Whangarei.
It had a six cylinder Jabiru 3300 engine and Canadian PegaStol wings with auto retracting slats and symmetrical ailerons with the wing also having a different section with more ribs and clad with .020 thou skin.
It was recently trailered south to Rangiora for Frank Barker who operates the 701 STOL ZK-NVY. 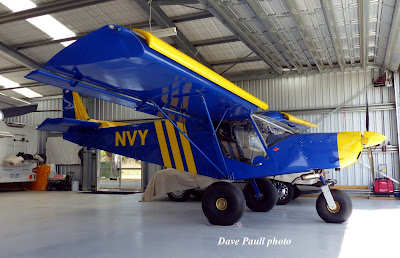 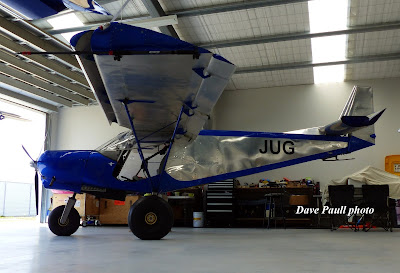 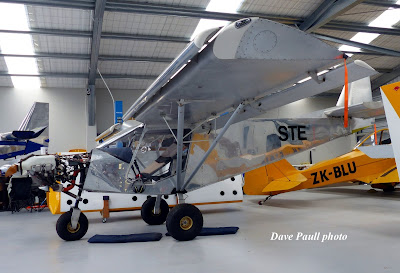 701 STOL ZK-STE c/n 7-6120 with its 2200 Jabiru engine visible was registered to Stephen Preest of Waipara on 9 September last year.

All four have featured on this site previously.
Posted by Dave Paull at 20:09