In recent weeks Taupo based Piper PA24-250 ZK-BAZ has been noted at Ardmore which is not out of the ordinary but since last seeing the aircraft back in 2013 the addition of a very neat decal on the tail has appeared.

As timing would have it we were on location when the aircraft departed 26 September allowing a better shot of the aircraft and decal.  As can be seen in the accompanying photos, the decal is of a styilised Anzac poppy with the label of the poppy saying "New Zealand WW100" and underneath this "Wings to Gallipoli ANZAC 2015".  I guess this may point to the aircraft and owner making a journey to Turkey to commemorate the centenary of the ANZAC landings on the Gallipoli Peninsular. 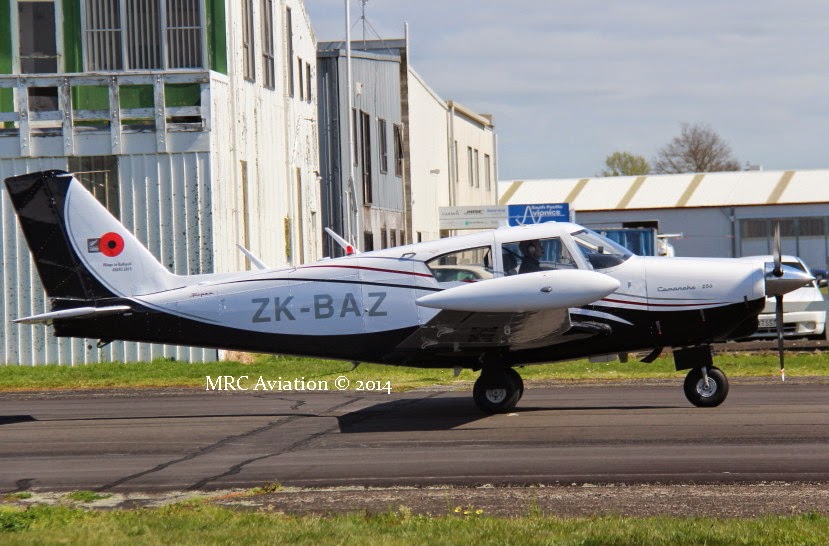 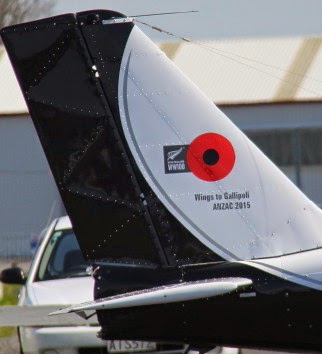