A stunning winter's day was perfect for the first flight from NZ soil of Tecnam's latest offering in the light sports range of aircraft, the Astore.

Thanks to Bluebus for the following insight to this new offering on the NZ market:

The name Astore is Italian for Goshawk, a European raptor, and this name was also given to the Partenavia P48 built some 65 years ago.

Its existence was announce in March 2013 with first flight being conducted in June and it was designed to meet the United States FAA Light Sports Aircraft rules.
The Astore is a steel tube frame with aluminium sheet with carbon fibre fairings.  Of low wing configuration, it features side by side two place seating arrangement and tricycle undercarriage and has the same wing as the popular P2002 Sierra and Bravo.  It also features an advanced avionics suite with AHRS (Altitude & Heading Reference) intergrated to EFIS (Electronic Flight Instrument System).
Engine options are from the Rotax range with the 912ULS, 912iSR injected or 914UL2 turbocharged engines available.

As mentioned above ZK-AST made its first flight from NZ soil 21 August (http://www.tecnam.co.nz/news028.html) and its first public outing will be at the Waikato Aero Club Fly-In this coming Sunday.

The arrival of this machine sees the NZ population of Tecnams to 86 aircraft! 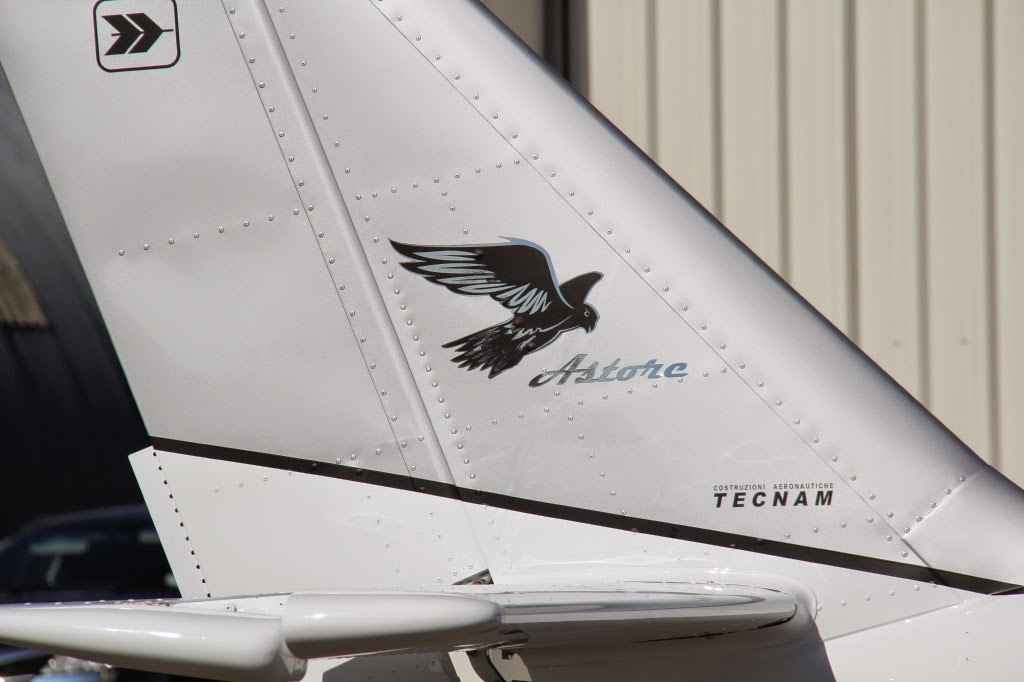