I have a two more gems from Rob Pierre showing his father John at work.
These two views show John starting the Isaacs Fury II ZK-CYO (c/n AACA/70/1) for one of its very early test flight. That would date the photographs about March of 1979. 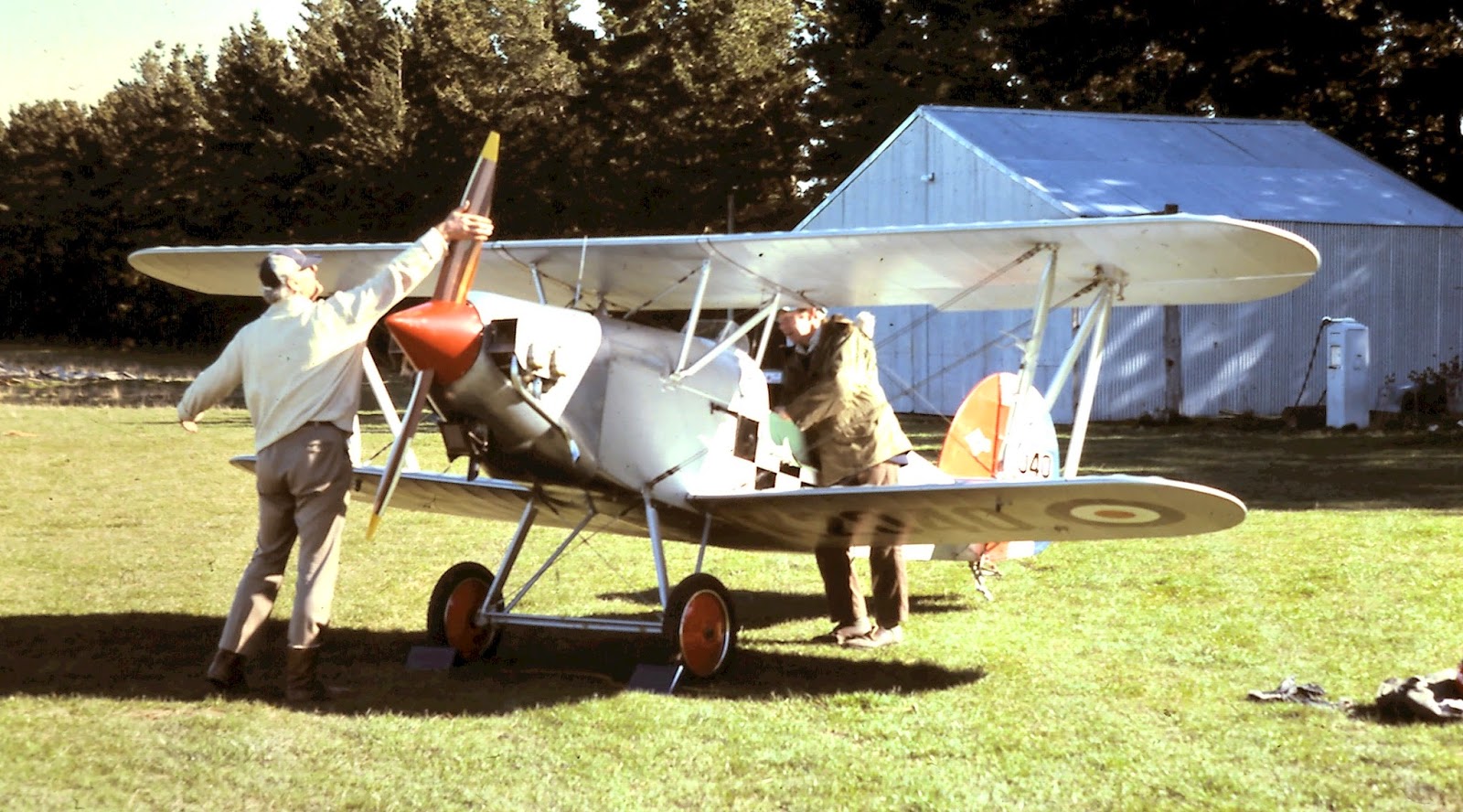 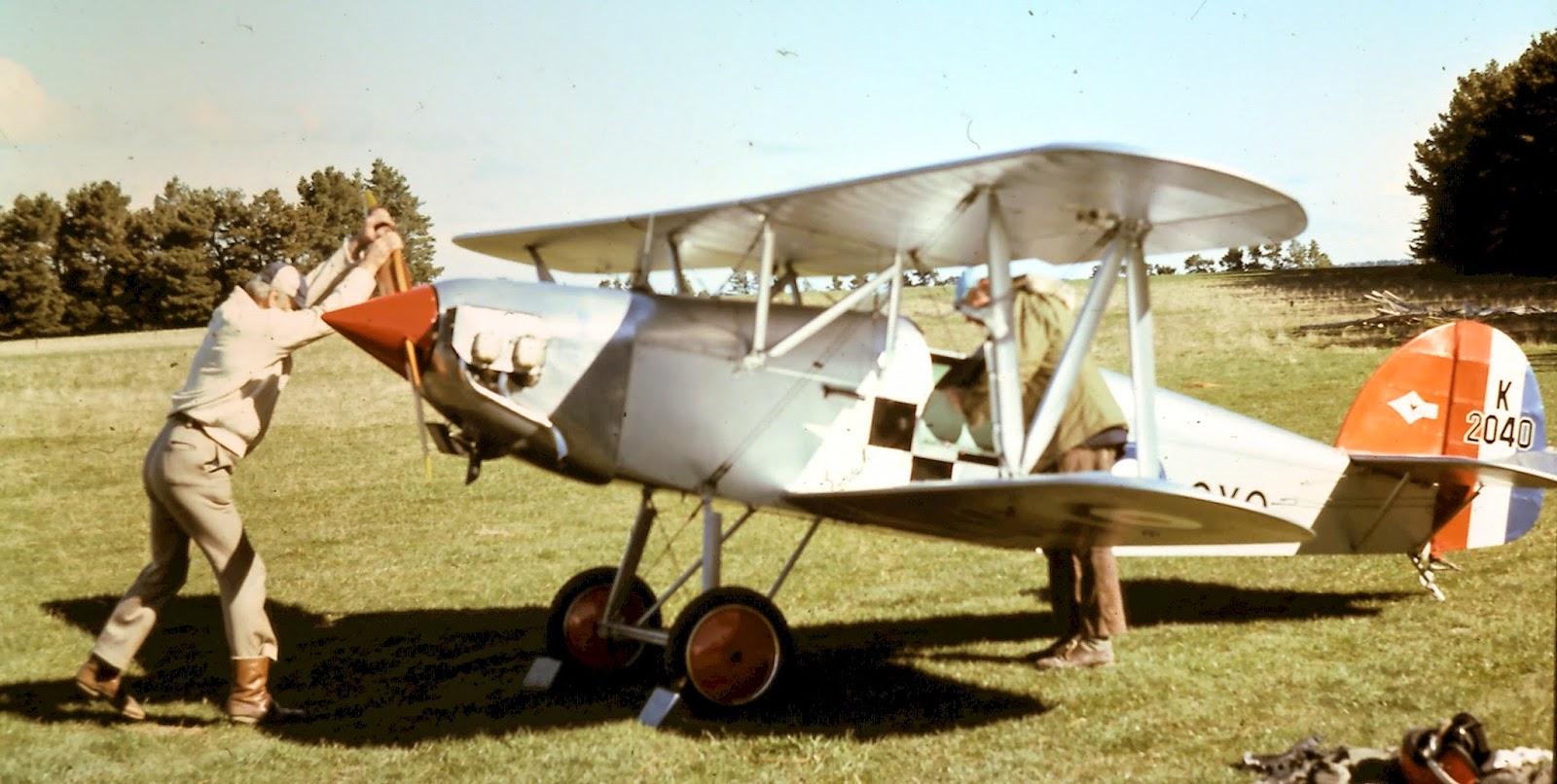 And below an old shot from Russell Woods showing ZK-CYO airborne during the AACA fly-in at Pudding Hill in January 1981. 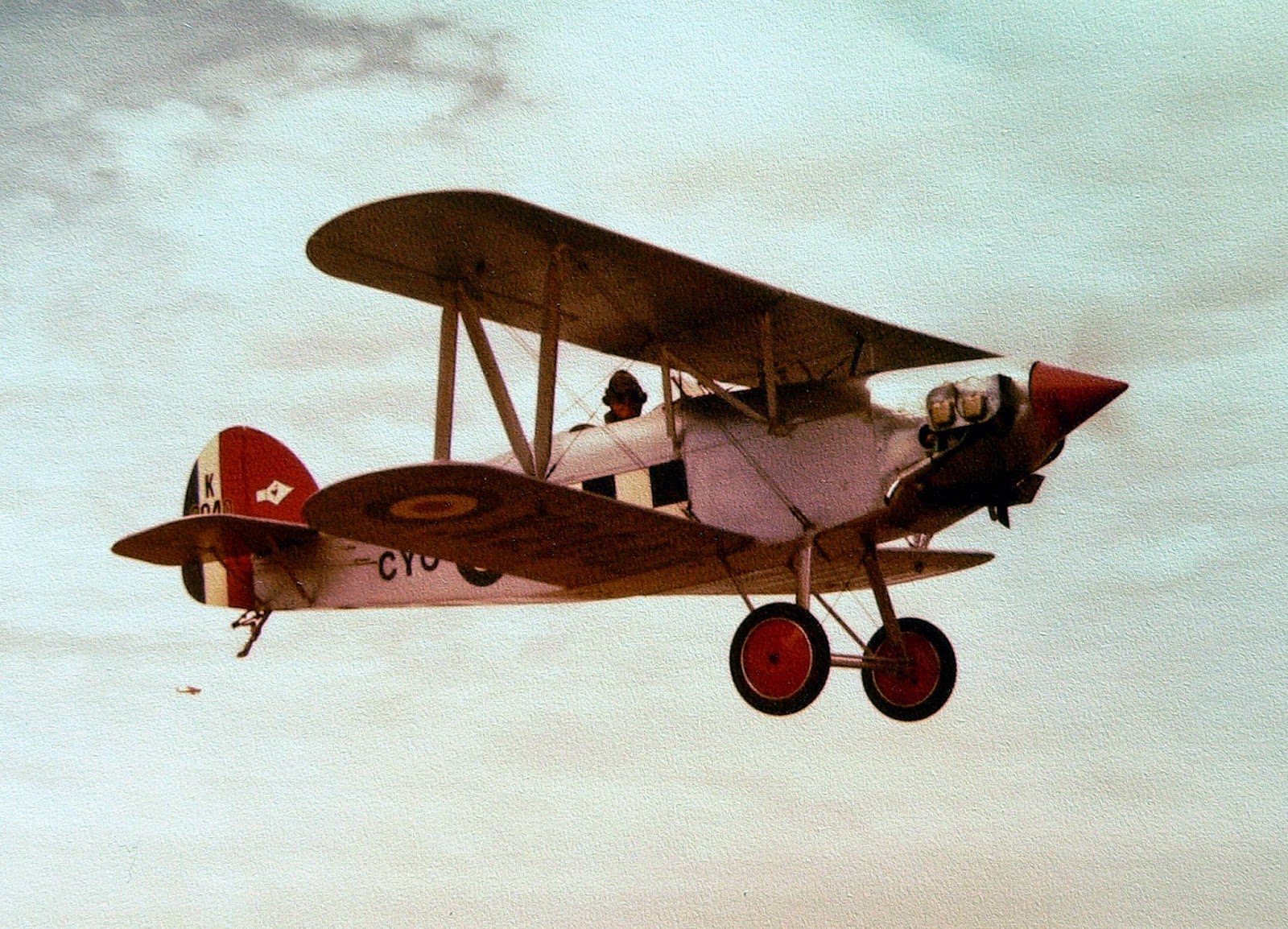 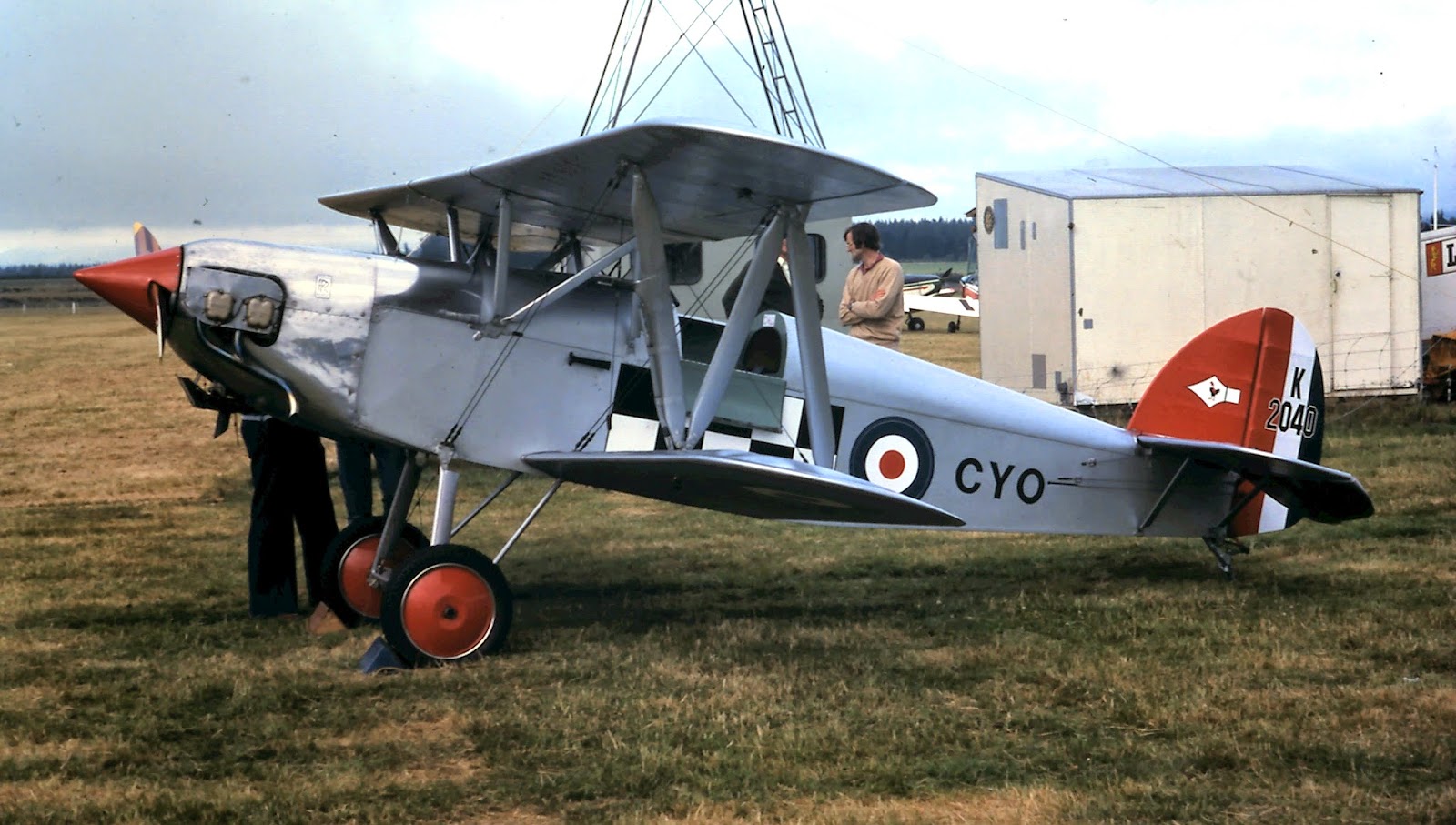 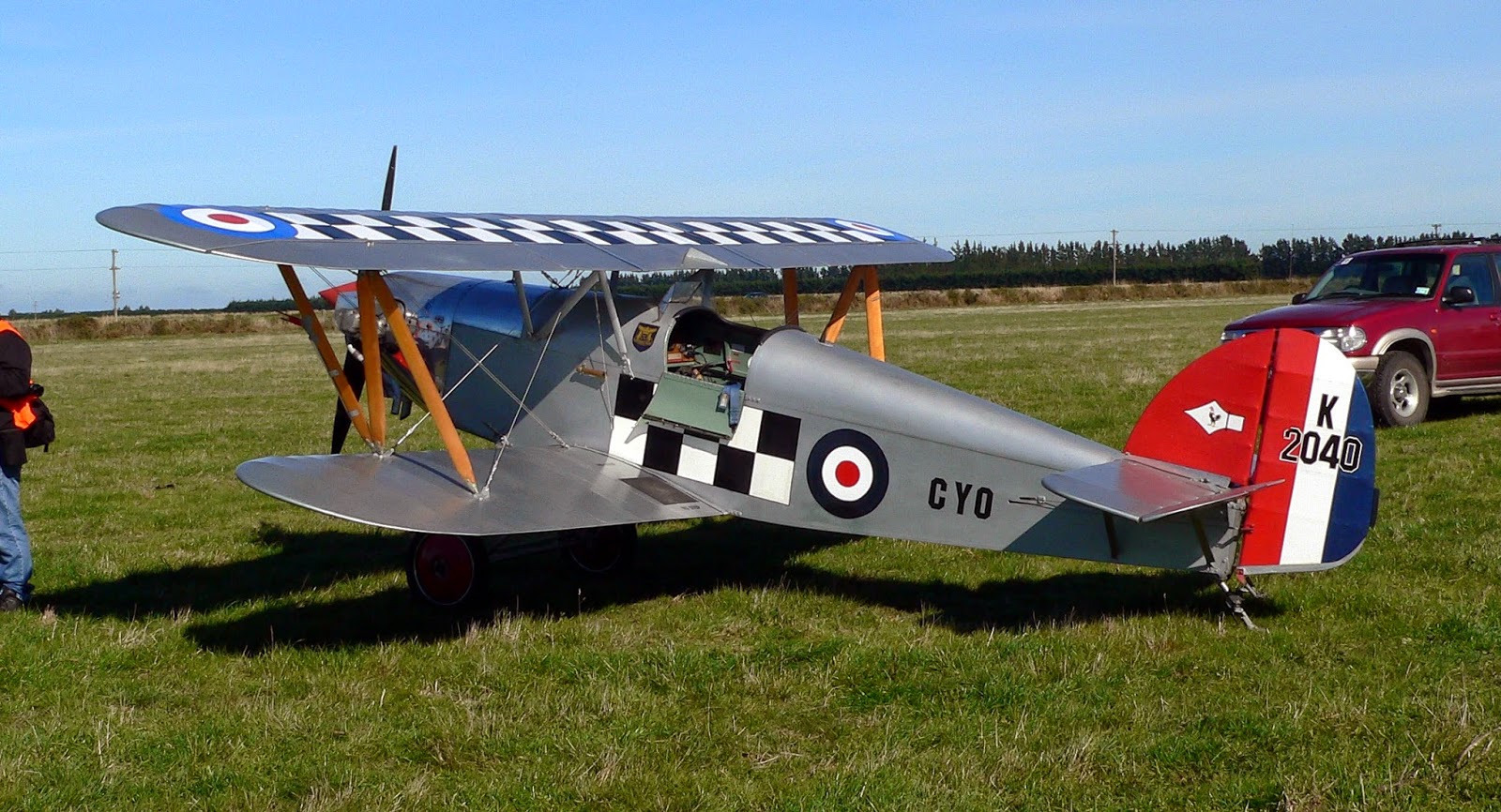 Now two shot taken on Charlie Drapers strip near Darfield on 22-04-2012. The above view shows the chequered upper wing pattern - not often seen, and below is the well equipped cockpit. 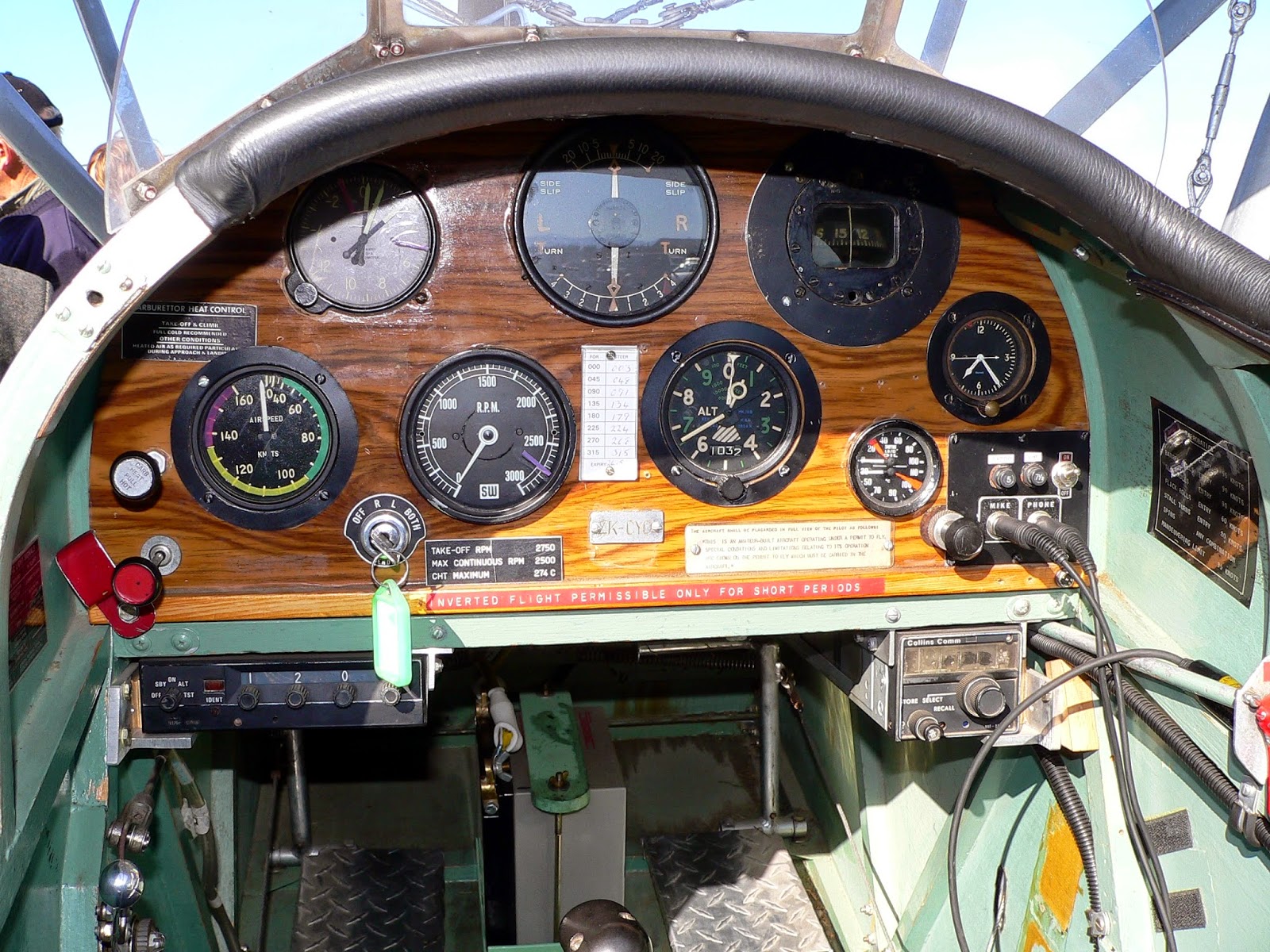 Finally below is a recent shot taken at Swannanoa on 27-04-2014.
So it hasn't changed much in all those years. 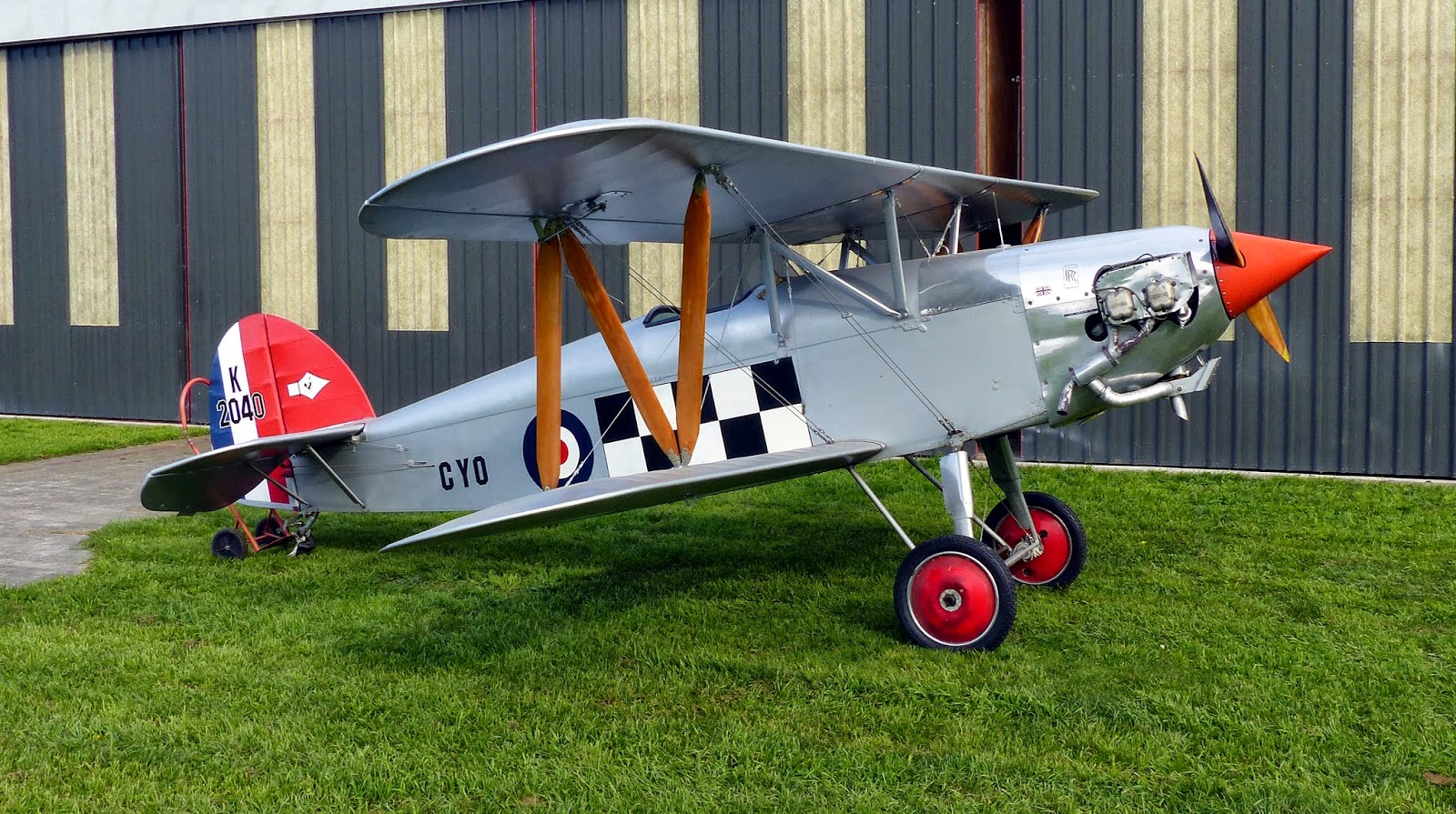