Yesterday (Saturday 30-08-2014) there was a gathering at the Gore Airfield.
Vince Gardner reports on the day.
There was not a bad turn out with something different for every one to see. 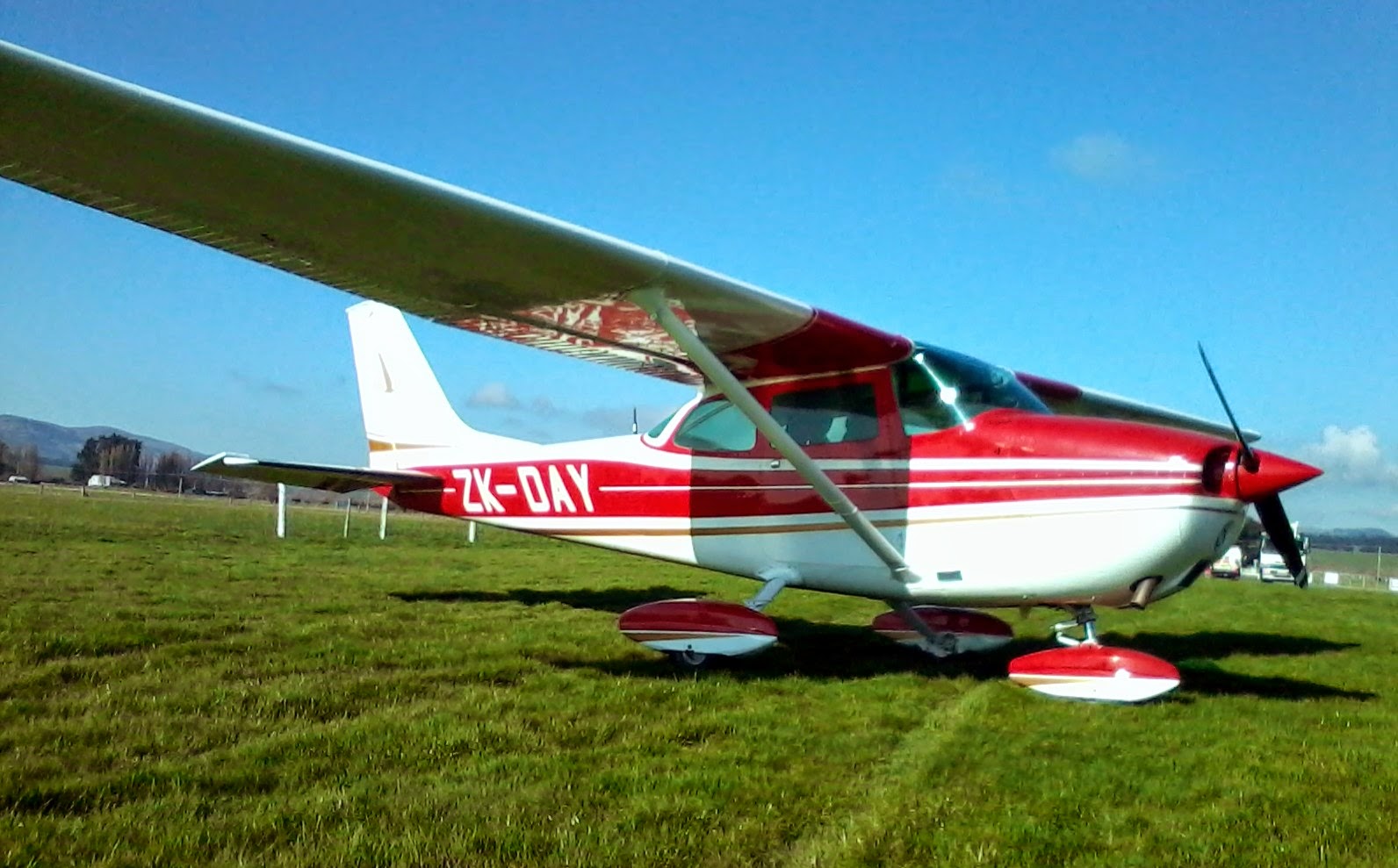 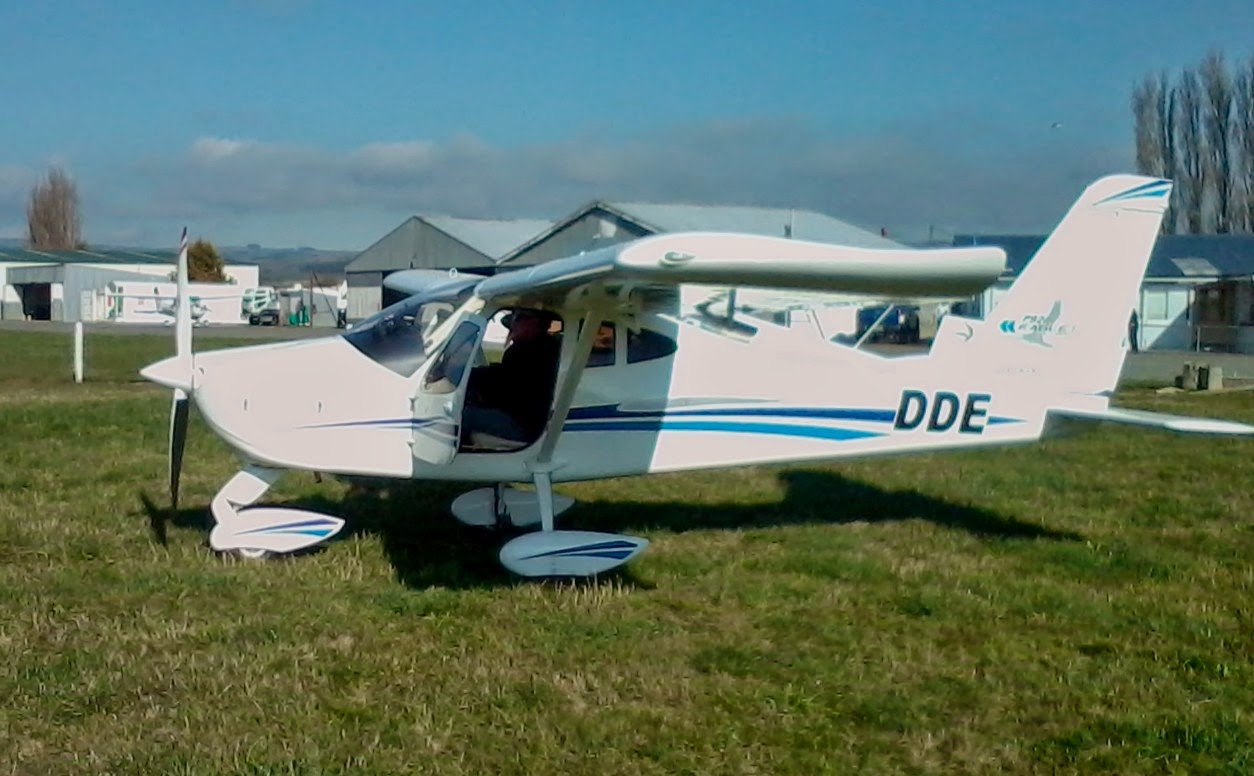 The Cessna 172L ZK-DFX is c/n 60682 is Tapanui based with Keith Falconer.
As a new aircraft this was with the South Otago Aero Club at Balclutha from November 1972 until March 1973 when an incident saw it back with Rex Aviation for a rebuild. 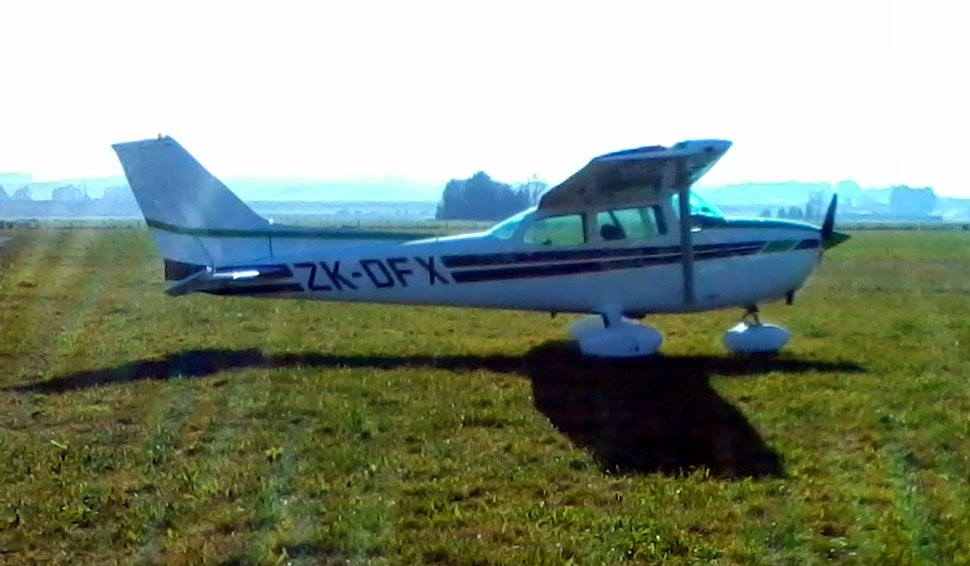 A selection of Rans aircraft called in:
Bradley York has his Rans S6S Coyote II ZK-KNI (c/n 11293576) was in from Wyndham. This now has new carbon fibre cowls, supplied by Craig Miller, making a 10-15 kt cruise speed difference and a great weight saving, although they still want paint.
That is Dave Scobie's Rans S-6ES Coyote II ZK-JLE beyond, with the Fiordland Clubs Alpi next in line and Rans ZK-LBD at the far end. 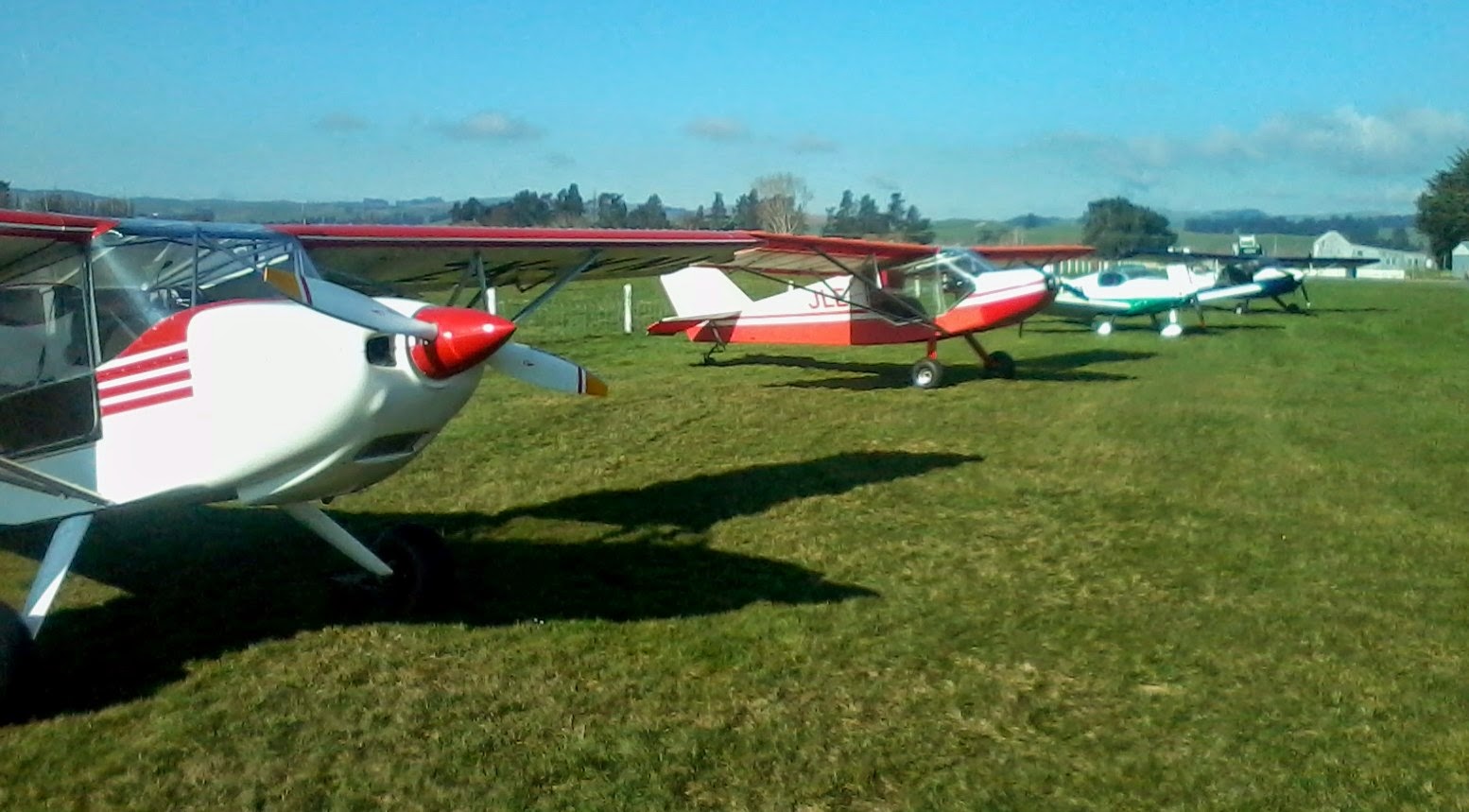 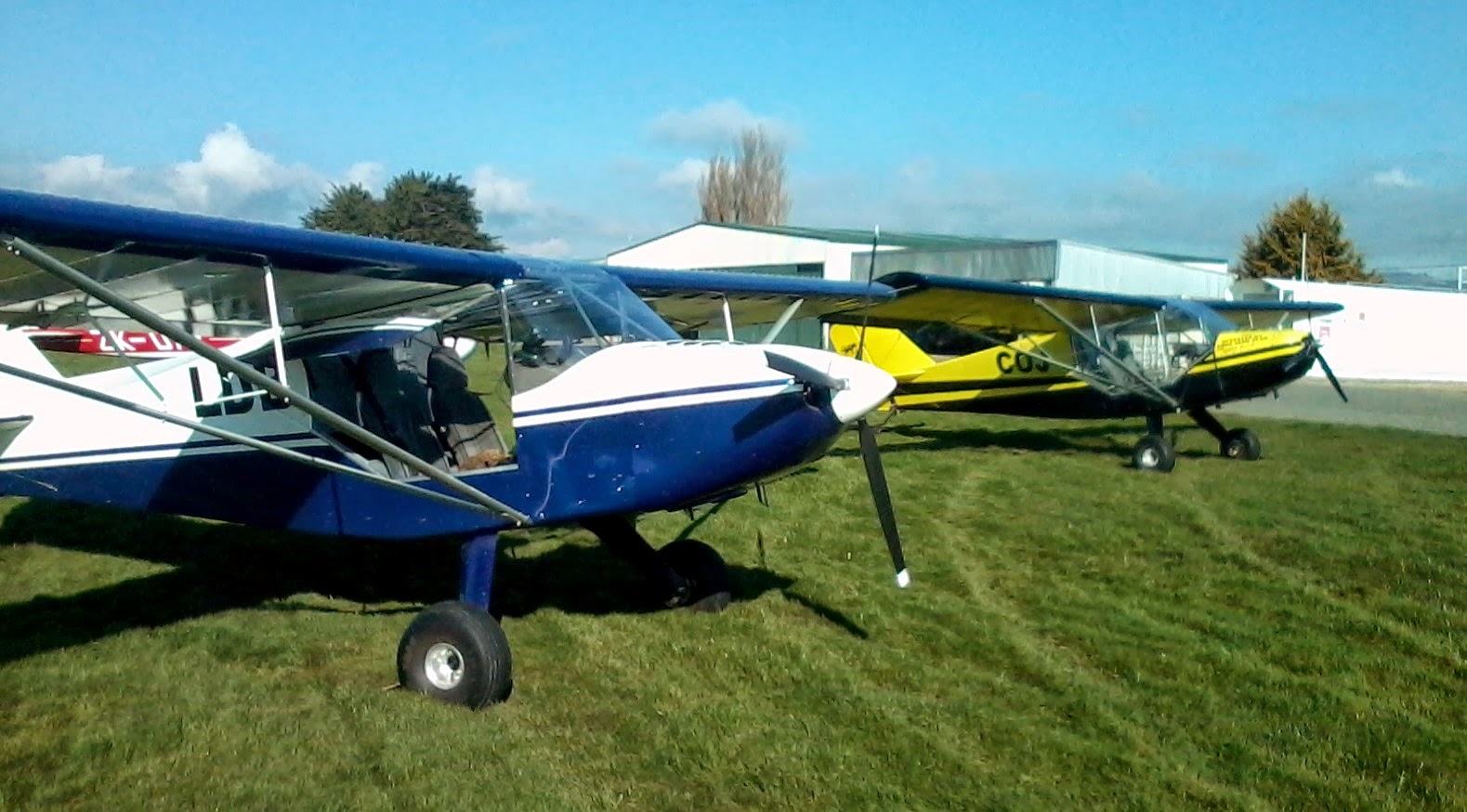 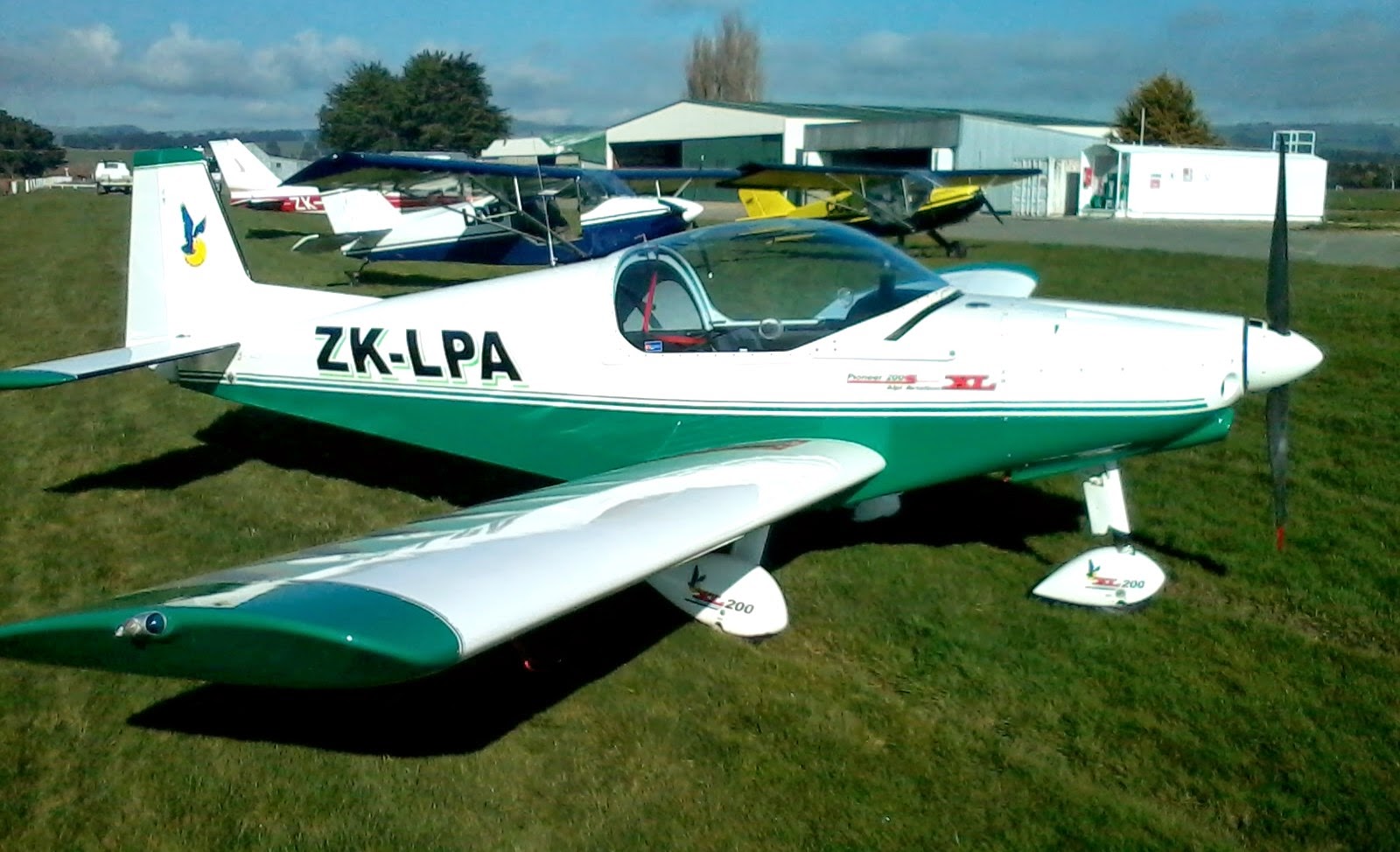 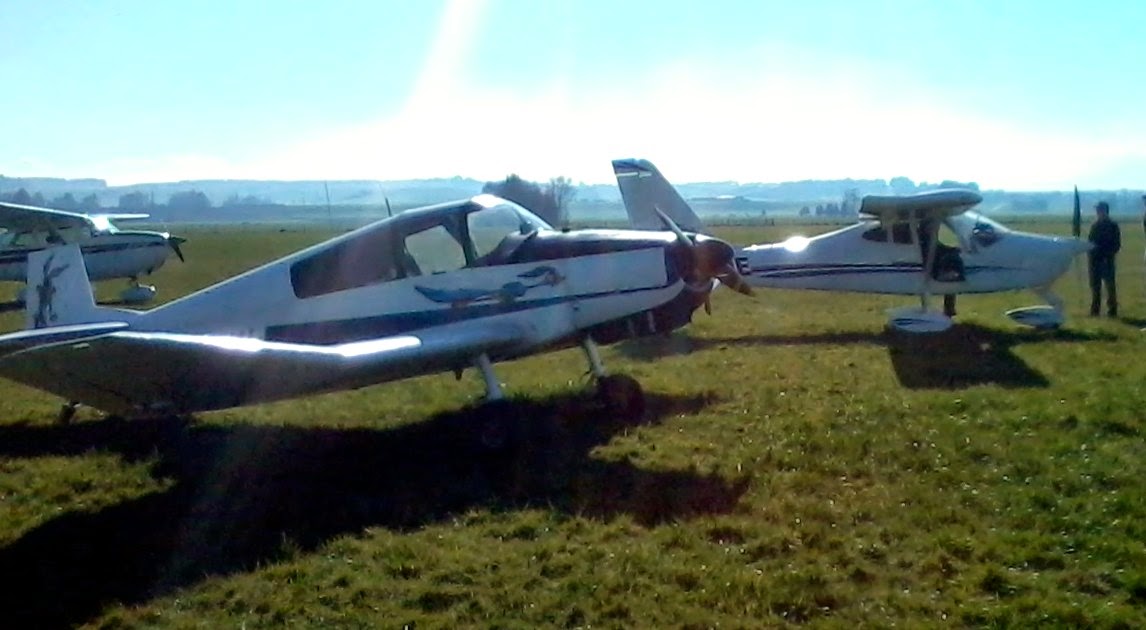 ZK-MAU I hadnt seen before. This Jodel D.11 is c/n AACA/397, which tells us that it was built by Jack Millett and first registered in October of 1981. George Taylor of Mossburn took it over on 15-09-2011. The Roadrunner and Wile E Coyote art works are a different touch. 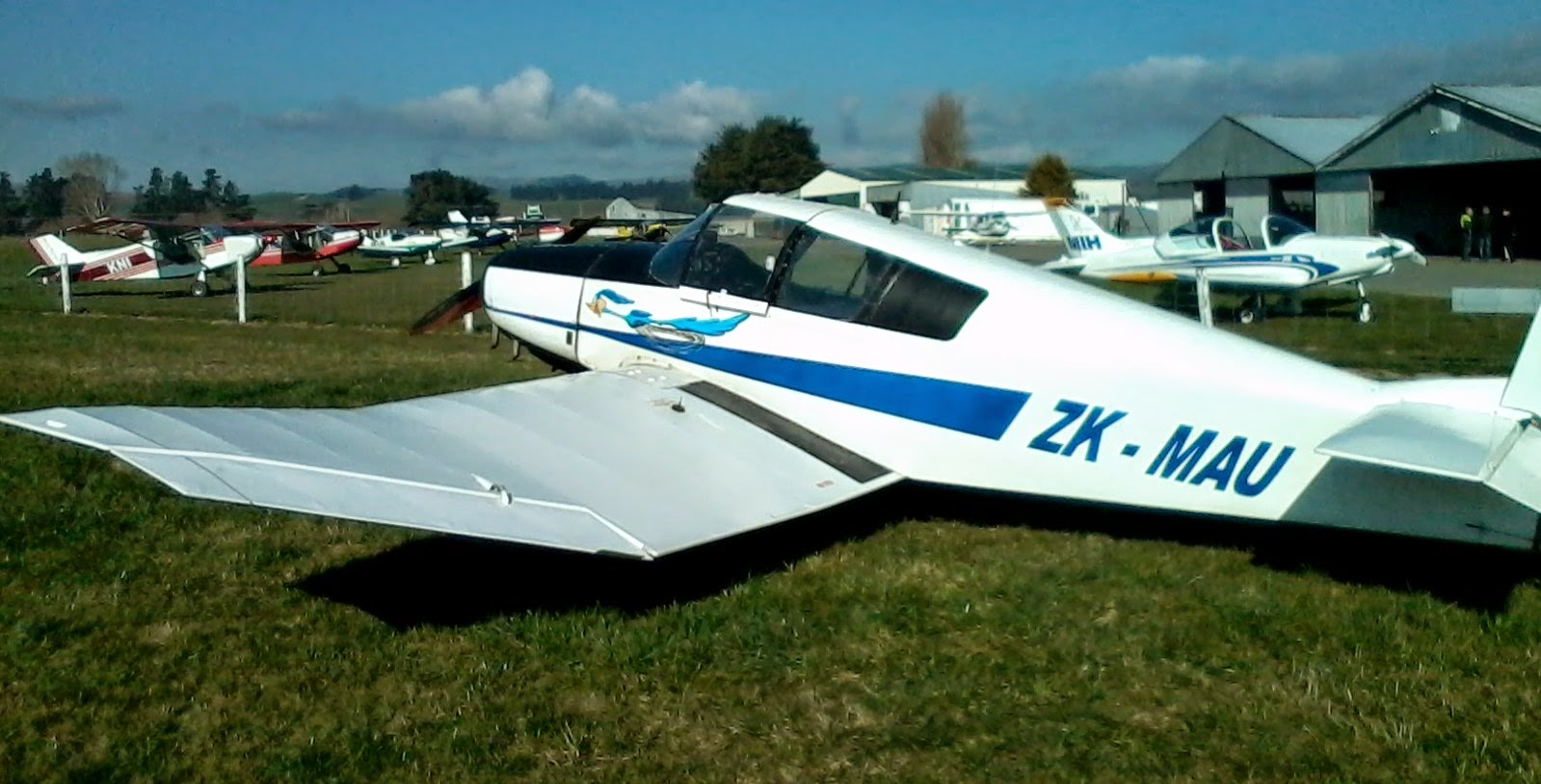