Part of the reason I was at Ardmore last Saturday was that I was on taxi duty to Auckland International Airport for a 12 midday flight to Wellington.  So with a free afternoon and glorious weather it would have been rude not to hop on down the motorway.

However, before I headed to Ardmore I thought I would see what I could find of interest at the airport, and I came up with the photos below.  These were taken through fences, or by poking the camera over fences. 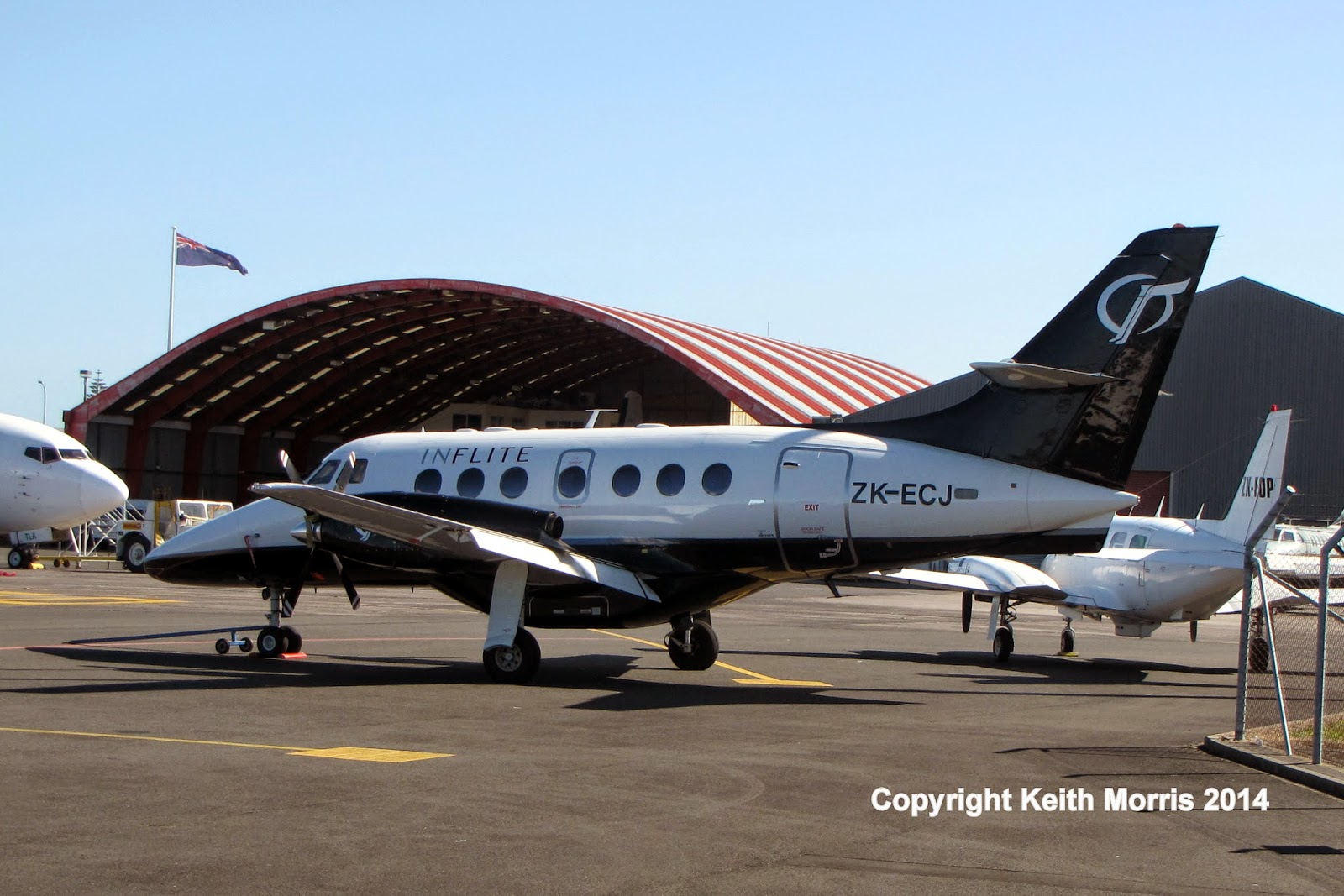 BAE Jetstream Series 3200 ZK-ECJ is now painted in the corporate InFlite colours and is owned by Airwork Flight Operations of Auckland Airport.. 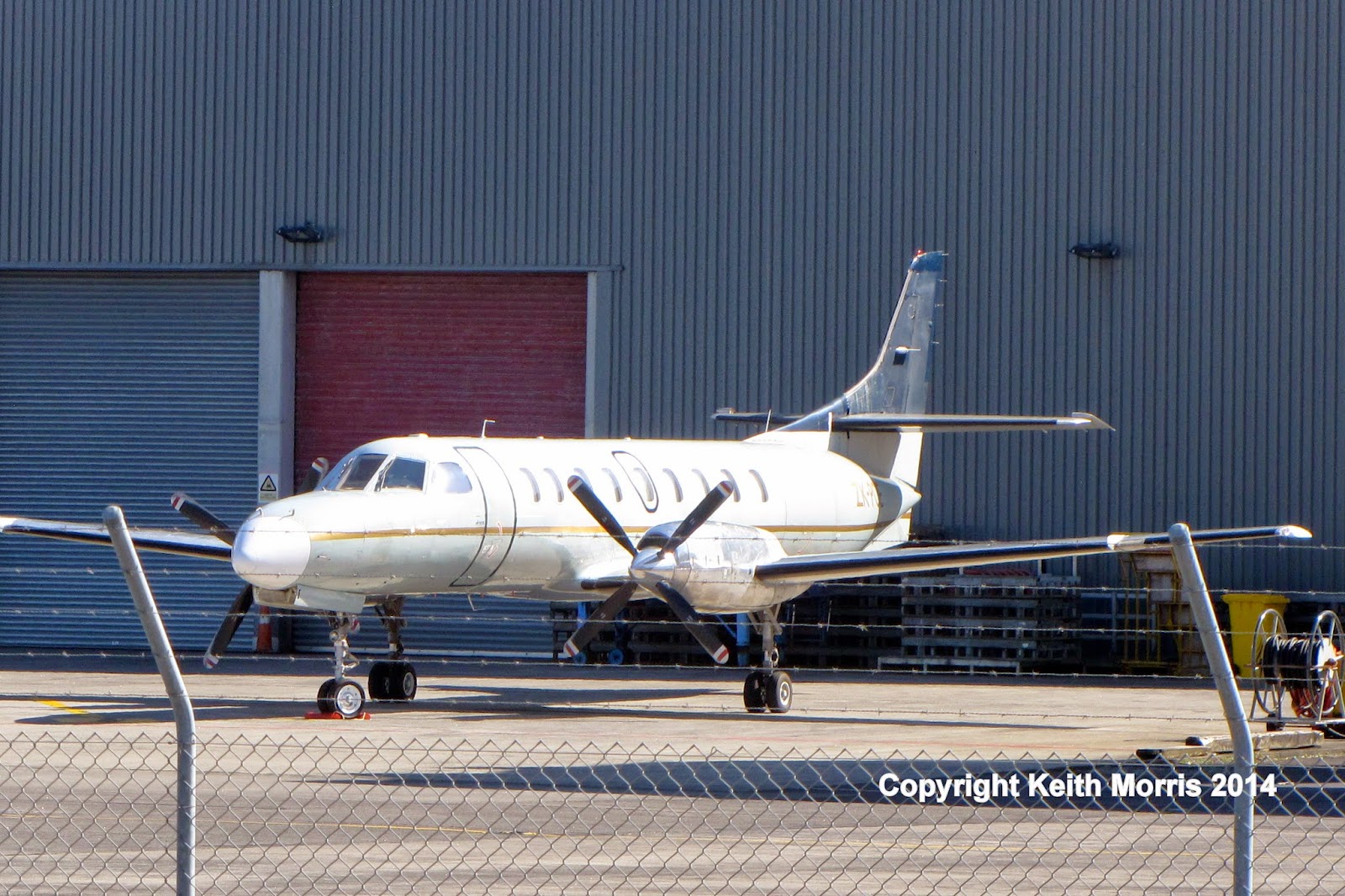 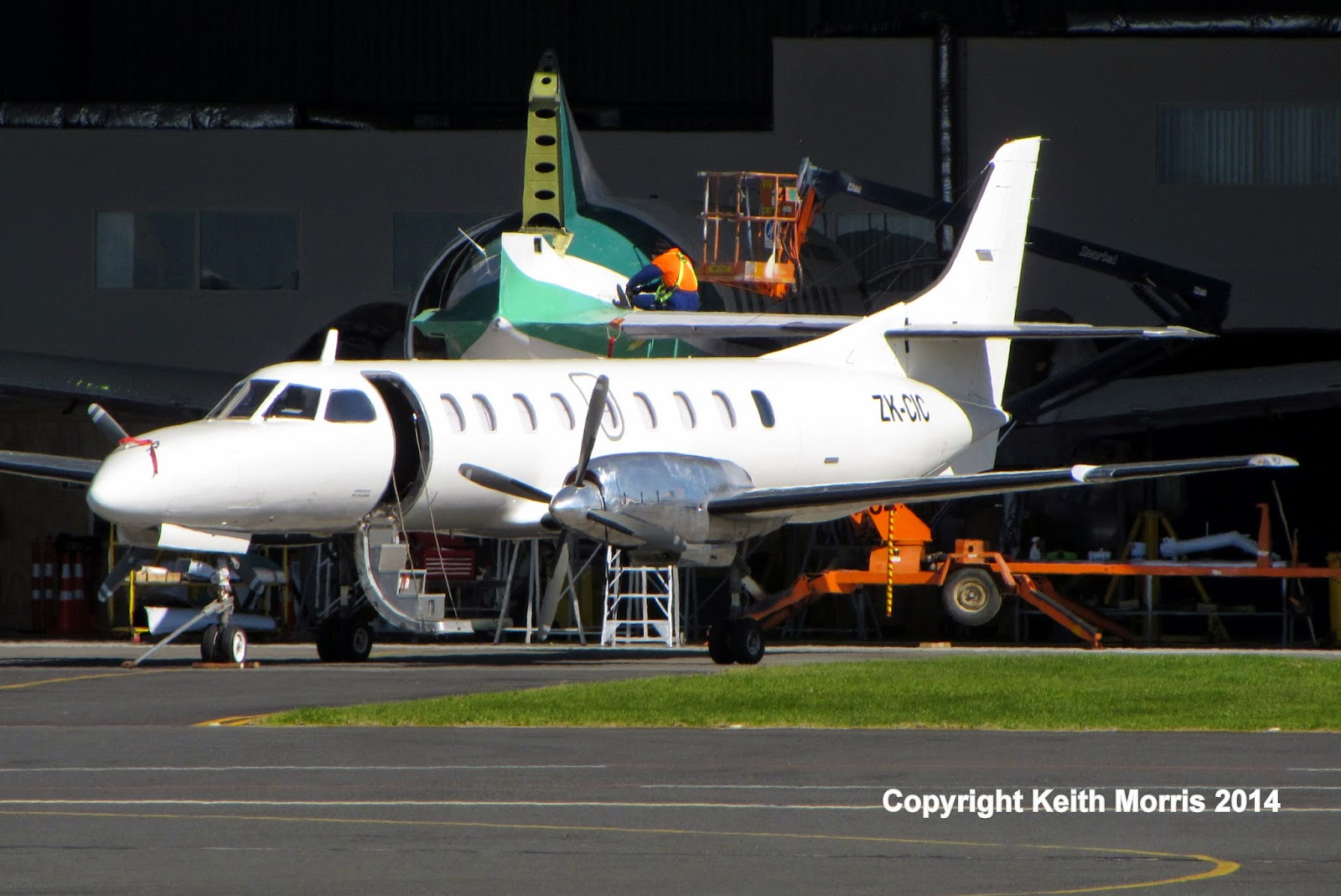 Further down the road, another Metroliner sat outside the Air Chathams hangar.  This was ZK-CIC, a SA 227-AC model.  It is owned by Air Chathams Ltd of Waitangi, in the Chatham Islands.  Convair ZK-CIB was having major work done in the hangar

Two of the LifeFlight Metroliners, ZK-NSS and ZK-LFT also sat around. 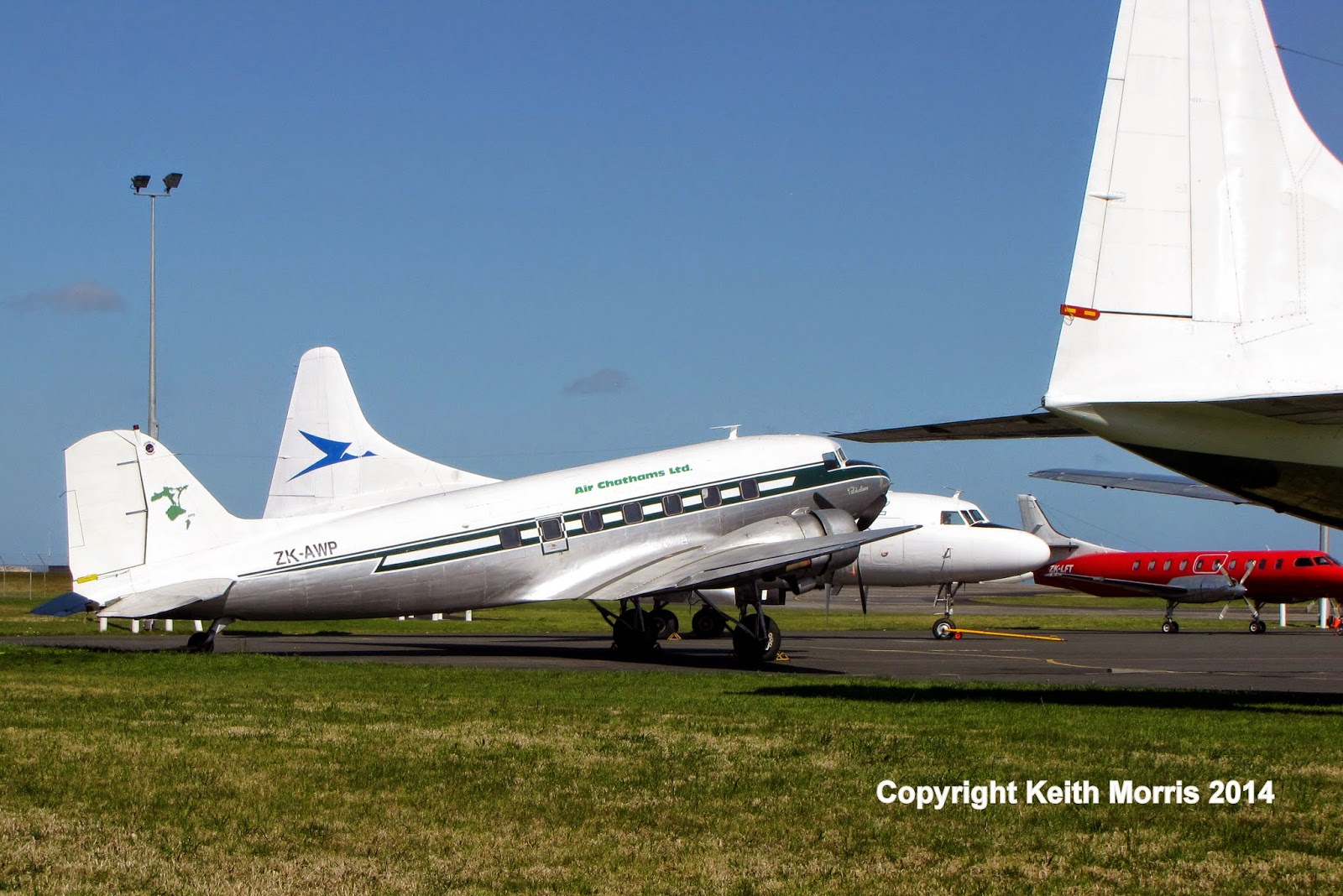 Air Chathams DC 3 ZK-AWP was parked up between Fieldair's Convairs. 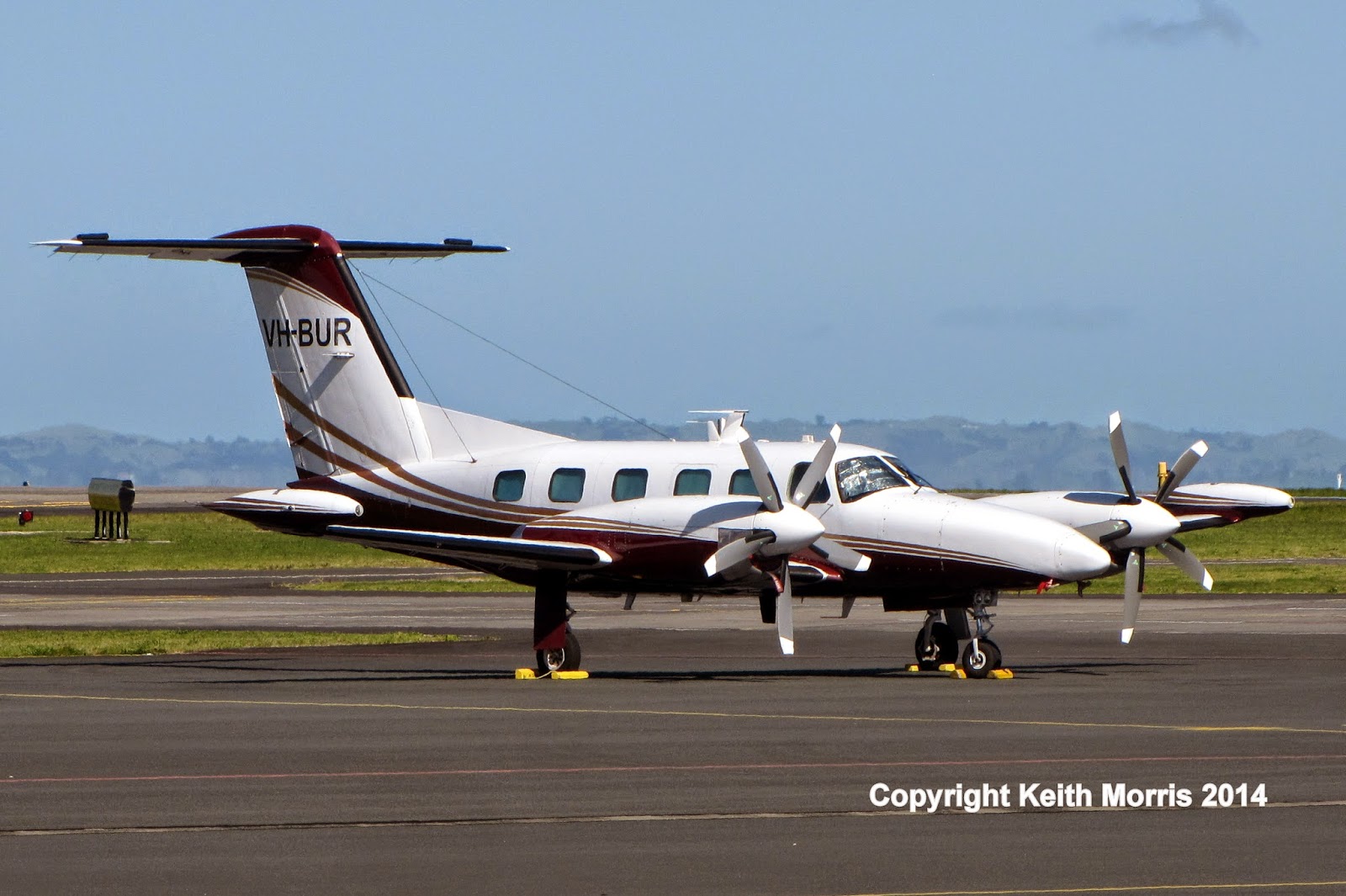 And an unusual (to me) visitor was Australian registered Piper PA 42-1000 Cheyenne 400LS VH-BUR, which is owned by Burley Aircraft Pty Ltd of Mascott, Sydney  It is powered by twin Garrett TPE-331-14A turboprops and features pretty impressive propellors! 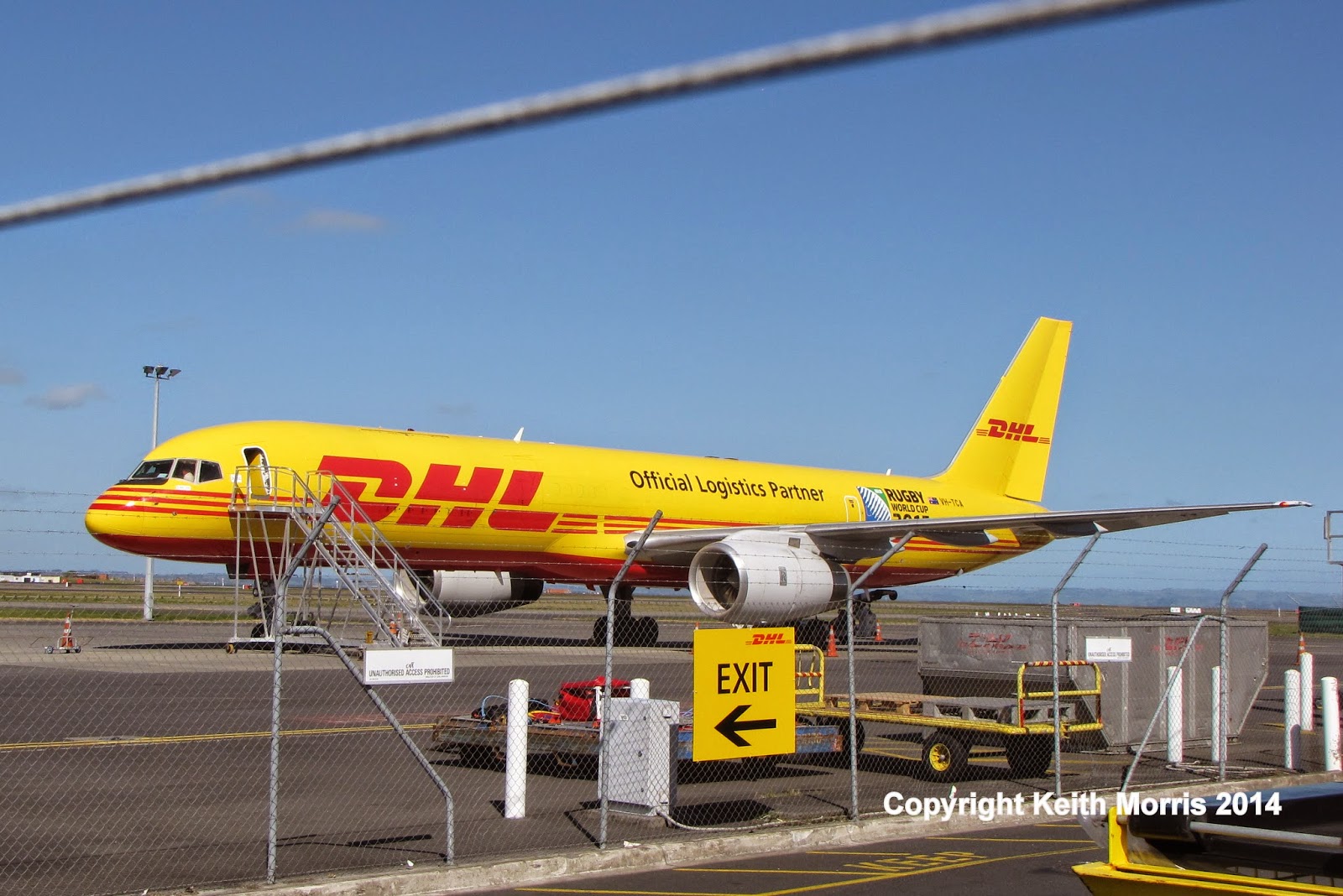 Finally, because it looked so colourful, I photo'd Boeing 757-236 VH-TCA of Tasman Cargo Airlines out of Kingsford-Smith Airport in Sydney, painted in DHL colours and marked up with the Rugby World Cup 2015 logo.

Oh, and by the way, The wire at the top of the photo is electrified!