Seeing Blue Bus's post including the Eagle Flying Training Diamond DA 40 ZK-DAE at Christchurch reminded me that I had taken a photo of their smaller DA 20 ZK-DAV at Ardmore last Saturday, so I will post it for a comparason between the DA 20 and the DA 40. 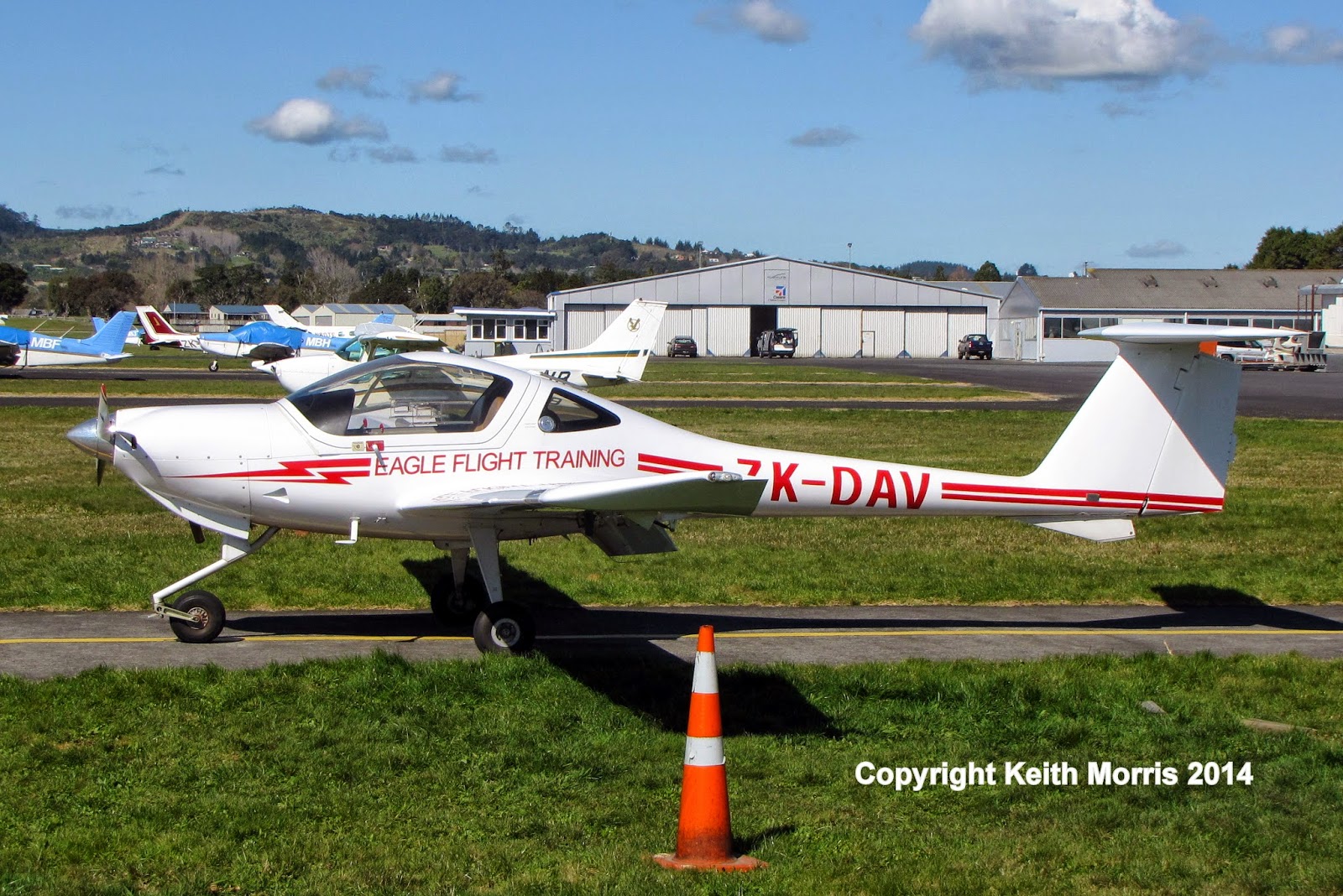 And also according to the register we have 14 DA 40s in New Zealand - all but two owned by Massey University School of Aviation of Palmerston North (with Eagle Flight Training owning one and a private owner at Drury owning the other).

I didn't realise how many of these aircraft we had in New Zealand (and we also have 10 twin engined DA 42s).