A few from Ardmore 19 August

Tucked up hard against a hangar at Ardmore was Mooney M20C ZK-CPF.  this 1966 edition Mooney first appeared on the ZK register in 1986 registered to K R Mckay of Tuakau.  It is currently listed with M20C Mooney Syndicate, North Shore, and has received a new coat of paint since I last saw it. 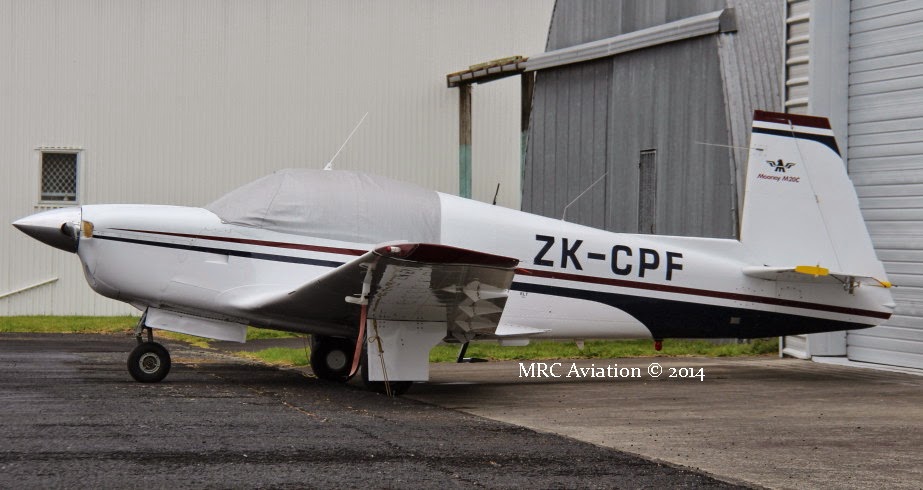 A new addition to the Dennis Thompson International sales yard is Jabiru J230UL ZK-DIZ. This example joined the NZ register in 2010 and built mostly at Foxpine over a two year period.  Designed as a four seater it was registered as a microlight class two (ie two seater).  Power is from a 2.2 litre, Jabiru engine.  Its first flight was at Paraparaumu by Max Saunders on 29 December 2010.  The ZK-DIZ registration was chosen because Dennis Jacobs, who built the aircraft, had previously operated Piper PA28-140 Cruiser ZK-DIZ between 1986 and 2002.  This aircraft later became ZK-MIU and was exported to Australia.
http://www.dtiaircraftsales.com/aircraft_details.cfm?aircraftID=157

Lastly, we found a recent addition to the register in the form of Lancair ES ZK-EDZ.  This smart machine was imported from the USA by D Frost of Waitakere.  It first appeared on the FAA listings back on 04 September 2003 as N764ES and was cancelled as exported to NZ on 29 October 2013.  This is the second use of the marks EDZ, the first were applied to a Taylor JT-1 Monoplane that ended its days in the sea off Gore Bay in 1993.