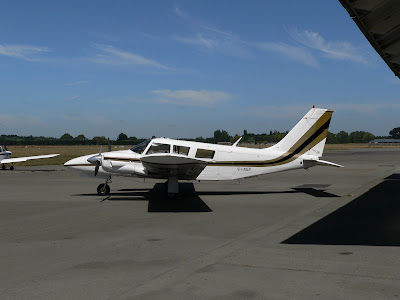 New Zealand Flying Schools "Flagship"Piper PA-34-200 Seneca ZK-NFS , c/n 34-7350165 arrived back in Christchurch yesterday afternoon from Avtek at Timaru where its NZ certification was carried out. Above is a pic of it at Wigram on 26-01-09 just after its arival there as VH-MEP. In an earlier blog I inferred that it was to be repainted in the NZFS colour scheme. It appears that this prognostication was somewhat of an untruth as it still retains its Australian scheme. (I guess there is a lesson there - "Don't believe everything you are told")

Pic below taken this inclement morning. Note the new control tower under construction in the background. 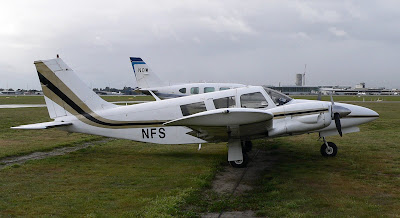 Below. A happening scene at the Canterbury Aero Club. During a break from the lecture room on a non flying morning:- what else can you do ? - give the olde girl a scrub up. 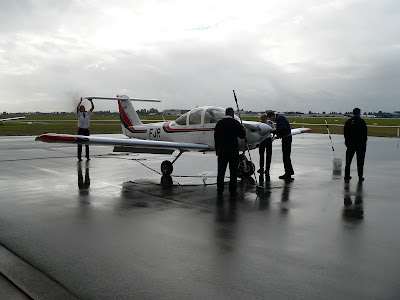 Still registered to Air New Zealand is this Fokker F27-120A Friendship ZK-BXH c/n 10190.
Parked outside today being prepared for its weekend appointment.
It carries the "Engineering Training Service"script on the fuselage below the cabin windows.
It was withdrawn from service late 1989.