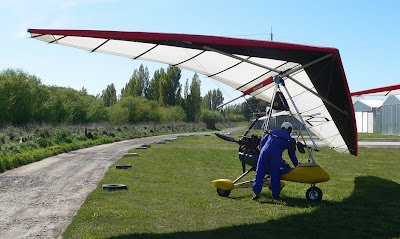 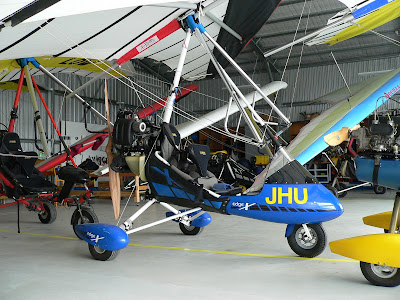 I have a report that it was damaged when a trailer which it was on overturned.
Above shows it today at Rangiora now listed as ZK-JHU to Doug Anderson and with its correct c/n of 582-411B. The initial c/n used was in fact its the serial number of its Wizzard 11 wing. Originally it had a Brolga prop but now sports a locally produced Brent Thompson propeller which still requires a little tweeking.
The reason for having the new registration on the fuselage pod is that the wing fabric has had a treatment which prevents the transfers from adhering.
Posted by Dave Paull at 19:09