Some More Members of the Local Pawnee Tribe 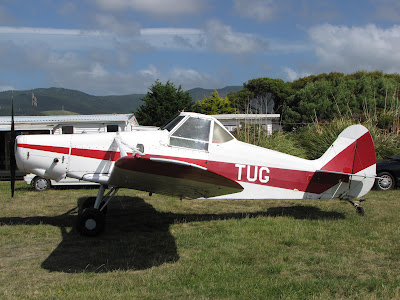 Following from Blue Bus's blog, I also photographed a couple of glider tug Pawnees over the holidays. The first was Wellington Gliding Club's ZK-TUG at Paraparaumu on 1 January 2009, on a good wave day that saw only gliders flying. This Pawnee was 9M-AMY with Malaysian Air Charter in Kuala Lumpur from 12/64 until 10/75, then VH-WNY of Western Air Crop Spraying at Derrinalum, Victoria until 7/95. It was registered to Wellington Gliding Club on 6/11/95. 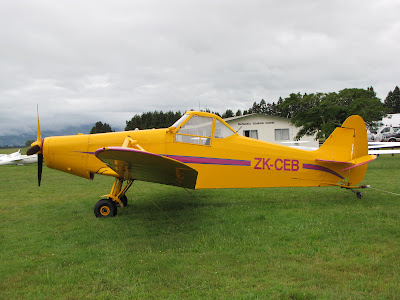 Then on 3 January was Auckland Gliding Club's ZK-CEB at a wet Matamata. This was registered to Airwork on 30/5/63 and assembled during 10/63. It was then operated by Rangitikei Air Services based at Taihape from 13/2/64. It was registered to Auckland Gliding Club on 20/10/67, where it has been modified for glider tug duties with the installation of a 260HP engine and a 4 bladed prop.