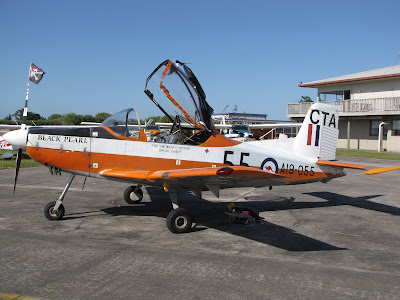 CT/4A Airtrainer ZK-CTA of North Shore Aero Club, pictured at North Shore Airfield this morning prior to competing in the Great Northern Air Race with about 15 other aircraft. The team obviously think they can pirate the race for the spoils!