It had a paint scheme change during October 2007 to the scheme shown below. This pic taken at Christchurch on 06-01-2009. 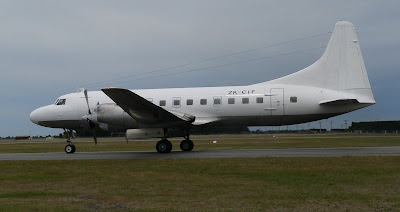 Also on this day a work collegue travelled out to the Chathams & provided the following pics. The Tuesday flight from Christchurch is direct. The Friday flight goes back to Wellington. 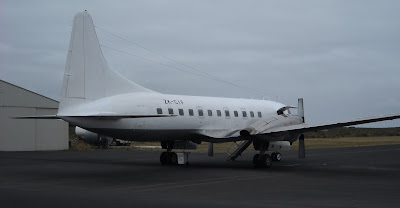 ZK-CIF at Chathams beside the hangar which houses the seldom seen Cessna U206G Stationair ZK-KAI , c/n 03711. This has had a paint scheme change from its previous dark redish to white with top half of tail green & with the Chathams map within. 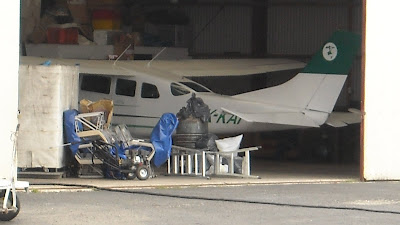 Passing back through Wellington there is a shortish walk from the Air Chats aircraft park to the end of the southern finger. Along the way you pass the Sounds Air ramp. Here Marty got all three Caravans ZK-SAA, ZK-TZR & ZK-PDM. All now in the Sounds Air scheme.

NZWN pics also by Marty.
Posted by Dave Paull at 17:46