When I recently posted about Alf Crowe's helicopter, I asked if anyone out there could identify what it was.  Thank you to Anonymous who posted a comment saying that the helicopter was an Adams/Wilson Hobbycopter.  I checked this out and from the shapes of the tubes it surely is a Hobbycopter.

The Hobbycopter turns out to be a famous example of an early homebuilt helicopter.  It was designed in the late 1950s using commonly available materials in the UK.  It was also called the Flying Triumph as the prototype was powered by a Triumph motorcycle engine which produced around 50 HP.  The specifications for the Hobbycopter are:  length 15 feet (4.57 metres), rotor diameter 21 feet 6 inches (6.55 metres).  The empty weight was around 300 pounds (136 Kg) and the MAUW was 600 pounds (272 Kg). 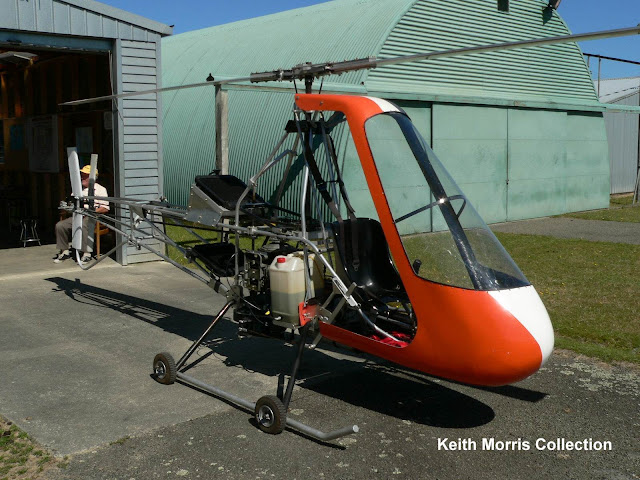 According to Anonymous Alf Crowe used a VW Beetle engine to power his Hobbycopter, and from the photo of his Vancraft gyrocopter the cockpit fairing looks the same so maybe he bought a second fairing from Vancraft, 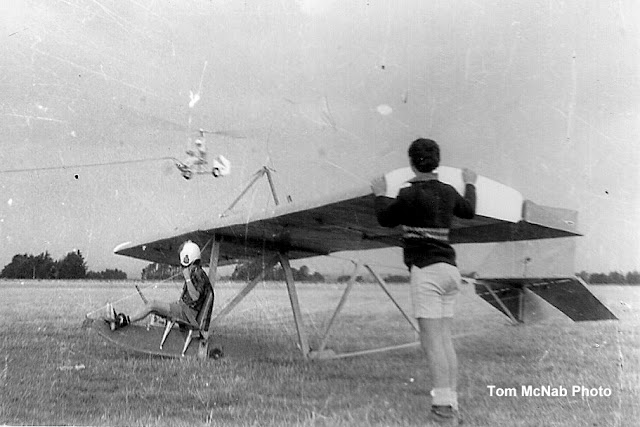 This is a good place to add a couple more photos of Alf Crowe's flying machines.  In the background of this photo taken in 1972 you can see one of his towed Benson (I am guessing) gyrogliders flying past. 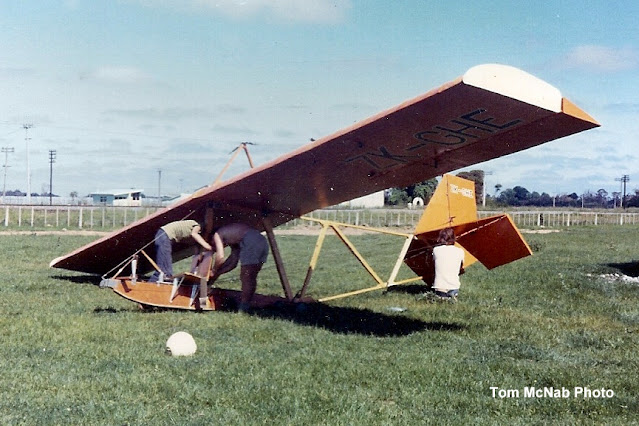 And here is a colour photo of Alf's Mead Primary glider taken in 1972.
Thanks to Peter Layne for the Tom McNab photos.