After having attended the Tiger Club dinner and prizegiving I spent the night in a friend's motel.  Thanks to all who helped me out in Taumarunui and I did need that 10 litres of avgas to get me back to Te Kowhai without worrying.  Taumarunui was fog bound and so after a breakfast at McDonalds along with lots of other Tiger Club members (it is pretty quiet in Taumarunui early on a Sunday morning) it was back to the airfield to wait for the fog to burn off.  Which it did and I was on my way at 11 am. 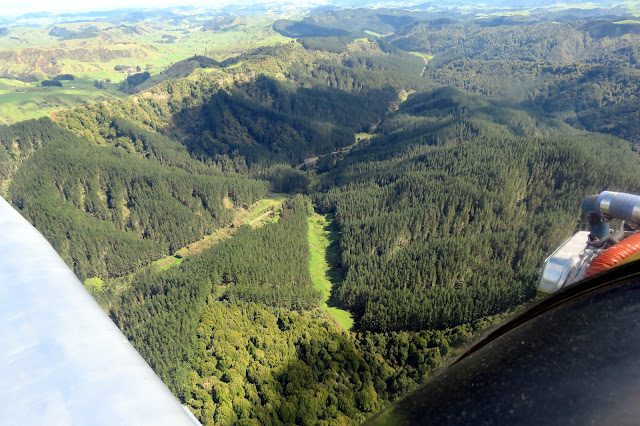 There is some pretty gnarly country North of Taumarunui with not many places to land if you had to! 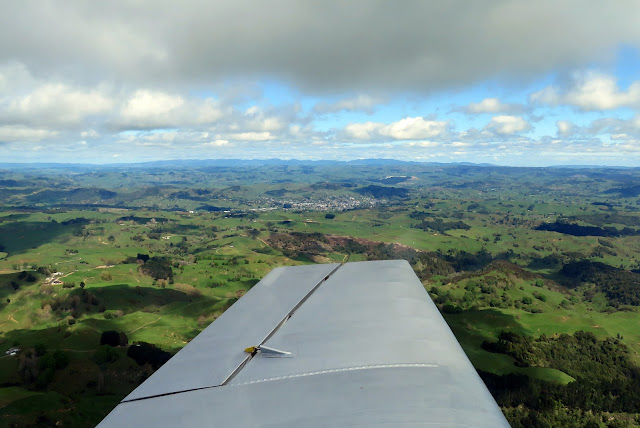 I flew a course of 330 degrees which brings you to Te Kuiti which is in the distance off the wing. 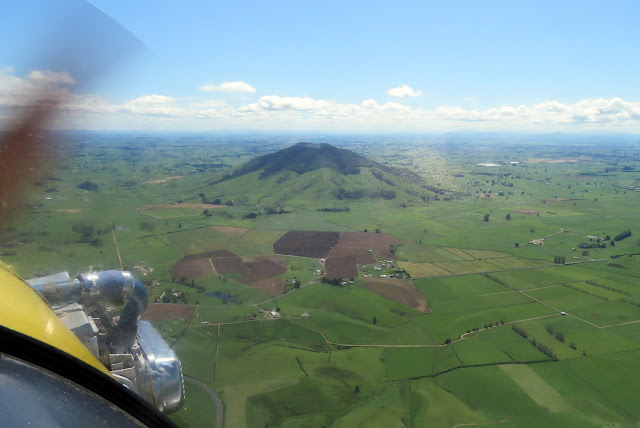 Then it is dairying country all the way.  This is Maungatautari Mountain near Otorohanga which is a good landmark that you can see from a long way off. 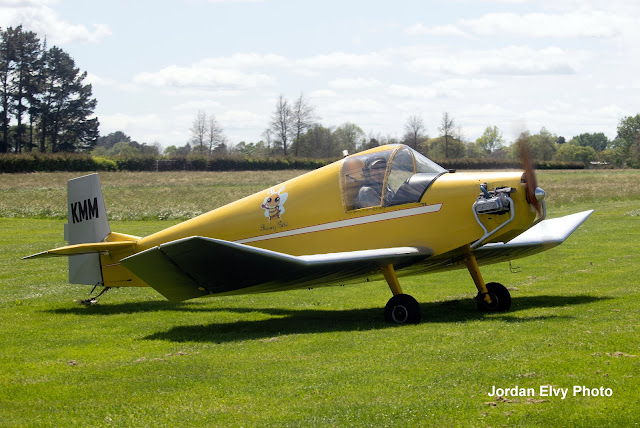 Jordan Elvy was on hand with Simon Hills when I arrived at Te Kowhai.  Thanks for the photo Jordan.  My flight time from Taumarunui was 1 hour and 5 minutes with the help of an increasing tailwind. 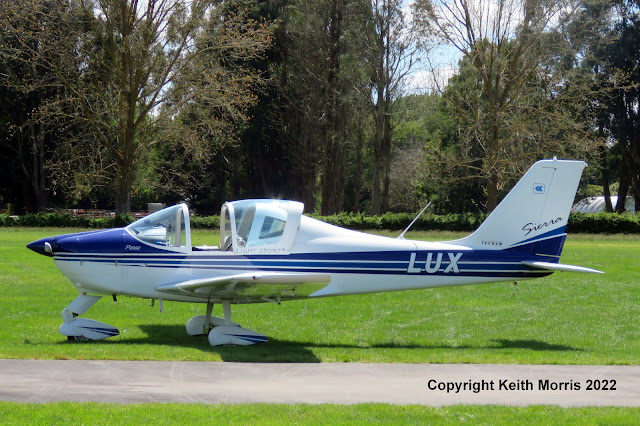 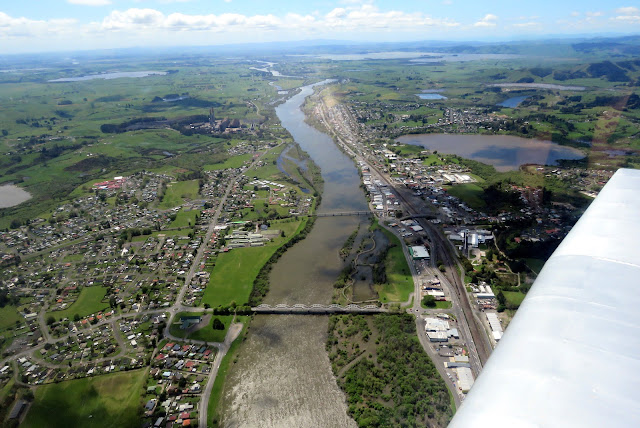 After a sandwhich and a cuppa with some of the locals I was on my way again.  here about to pass Huntly on the Waikato River. 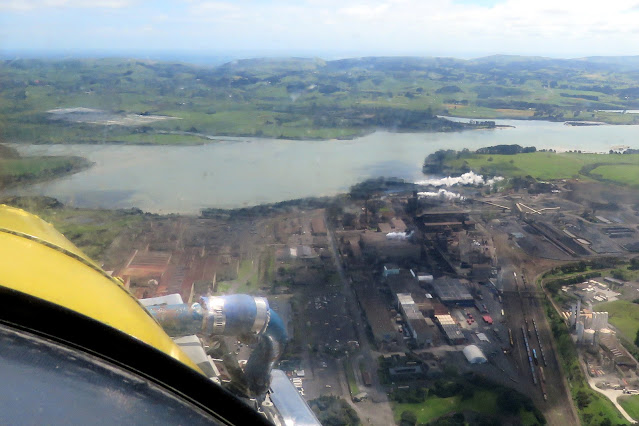 By the time I got to the Glenbrook steel mill the South Westerly breeze was quite strong. 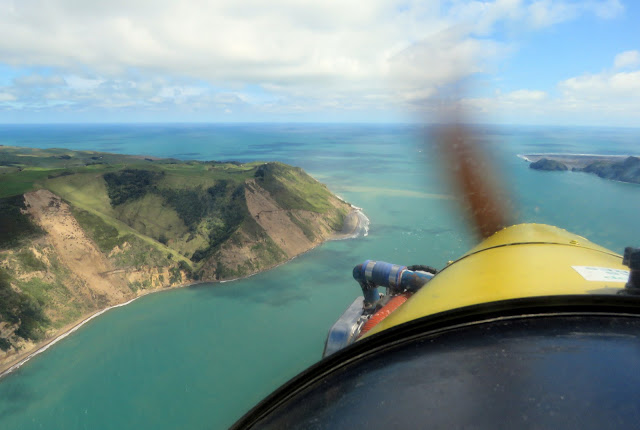 So I got a bit of turbulence flying at 1400 feet through the Manakau Heads, but no worries. 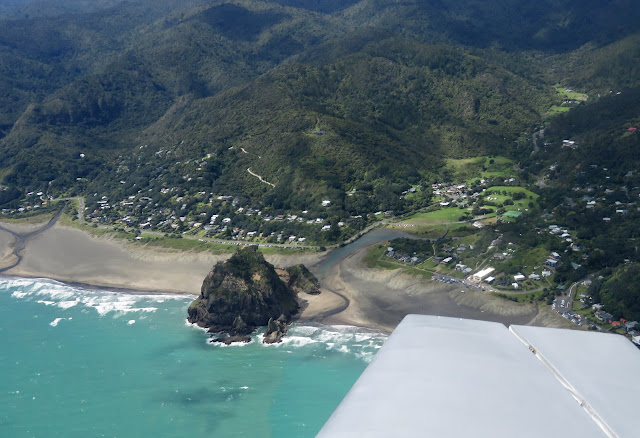 Then up the coast for home in 1 hour 35 minutes flight time from Te Kowhai.  You cant resist taking a photo of Lion Rock at Piha as you fly past!

I had a great time over the weekend.  Definitely a tick off the bucket list!