I flew my Jodel Bebe down to the Tiger Club flyin at Taumarunui over the weekend.  I had been hoping to go but the weather during the week was unpromising, however the big ex tropical low slid by to the East of the North Island and provided a window of suitable flying weather on the Saturday and Sunday.  I had prepared Honey Bebe during the week so at 10.45 I set off from Kaipara Flats.  My mate Rob Waters took a video of my departure and it is here:

I headed out West and down the coast past Muriwai, Piha and the Manakau Heads the cut across to the steel mill at Glenbrook which is a great landmark that you can see from a long way away. 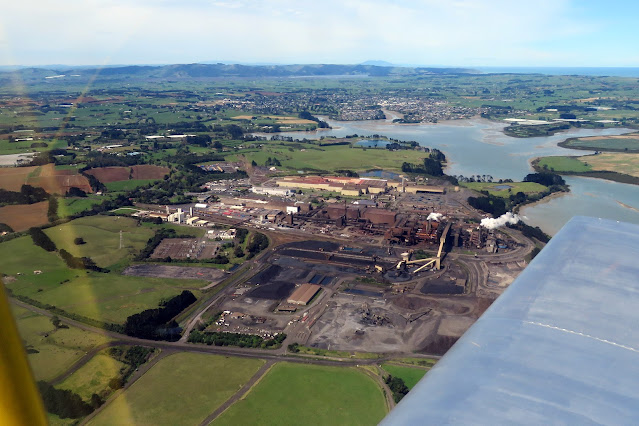 Not much wind at Glenbrook with the steel mill chimneys showing a light Easterly. 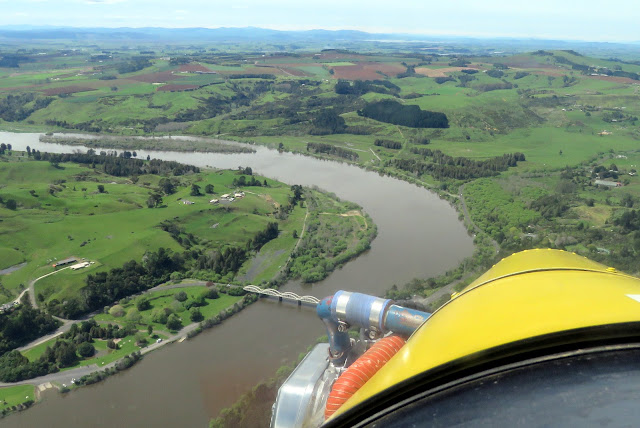 On to the mighty Waikato with the distinctive bridge near Waiuku. 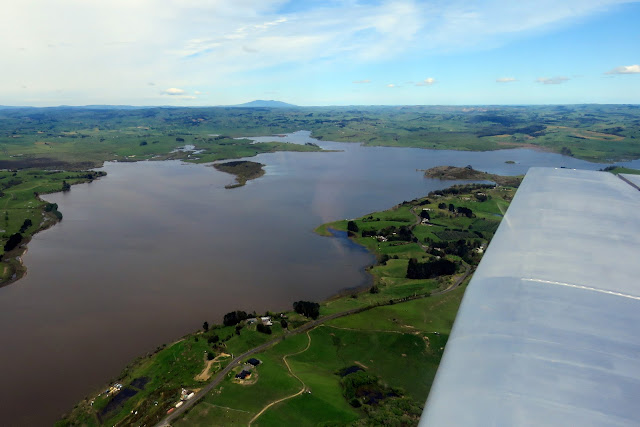 Just North of Huntly were some big lakes that maybe are bigger at the moment because everything looked pretty wet down there. 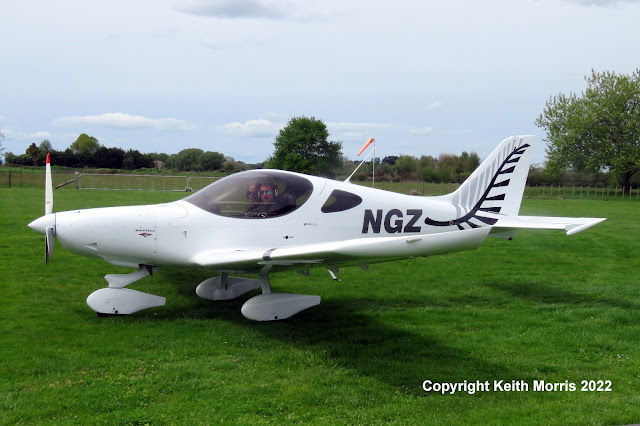 After landing on 05 at Te Kowhai I fuelled up with avgas and had a bite to eat with a cuppa in their very nice pilot's room.  There were a few aircraft out flying including the Bristell NG 5 ZK-NGZ which has a new owner.  This was to allow Martin Henton to have a new Bristell demonstrator and three of them will be arriving in the country soon. 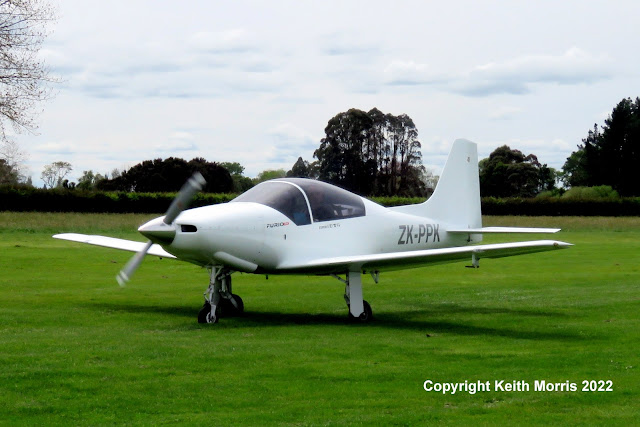 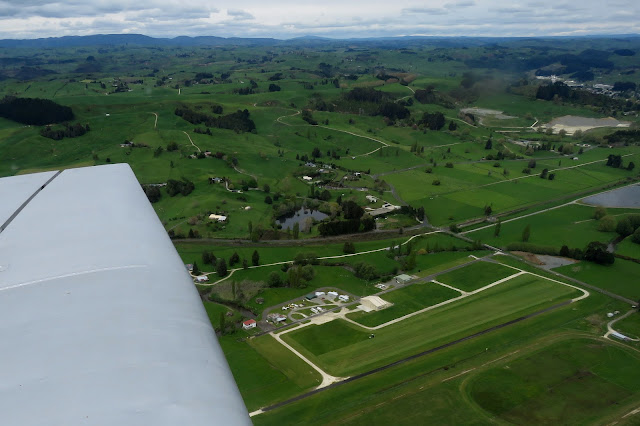 Then it was on to points further South, here passing Te Kuiti aerodrome where there is a huge new Superair hangar. 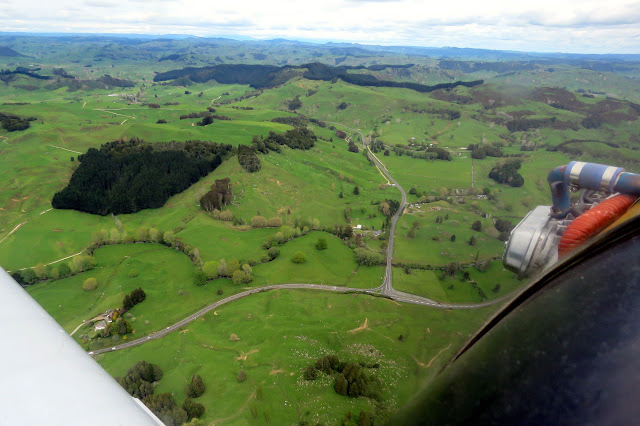 Then I reverted to IFR (I follow roads - I only have round dials) to get me to Taumarunui.  That is the intersection of SH 3 and SH 4 at Eight Mile Junction down there and I turned to follow SH 4. 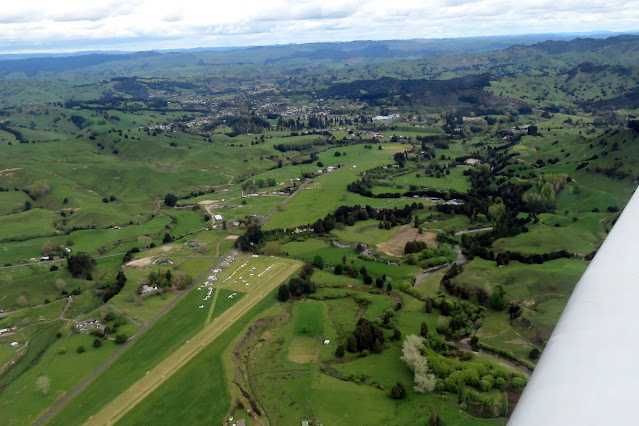 Until hopping over a ridge beside SH 4 and Taumarunui airfield is just down there with a good selection of aircraft parked up. 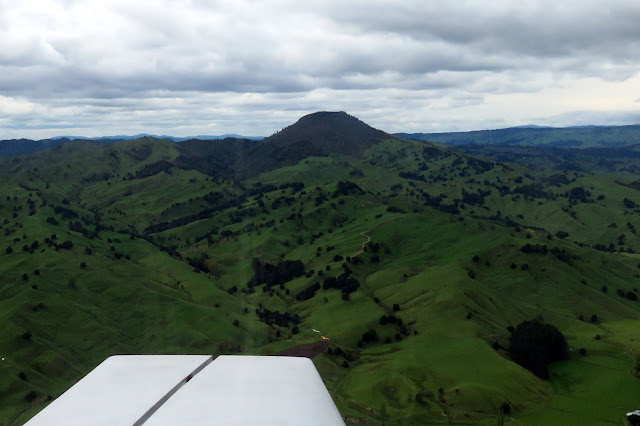 I arrived just after the competitions were finished and two Harvards took off under me for a display.  You can just see them off my wingtip (Click twice to enlarge).  They held their display while I was in the circuit - thanks guys.
And in the above photo you can see Mt Hikurangi which is a landmark for finding Taumarunui aerodrome.