The Tiger Moths were the stars of the weekend but Brad Pearpoint and Alex Kandoorp's Sling newly released from its testing hours Sling TSi ZK-SLN impressed a lot of the knowledgeable aircraft crowd on the field.  Actually it could not be more different to a Tiger Moth in almost every respect and Sling Aircraft have really nailed this design.  Apparently there are another 4 Sling TSi kits in New Zealand so we will see more of them. 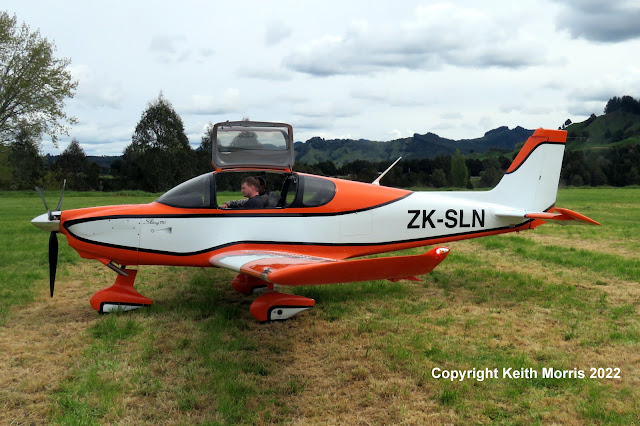 Brad and Alex flew a lot over the weekend. 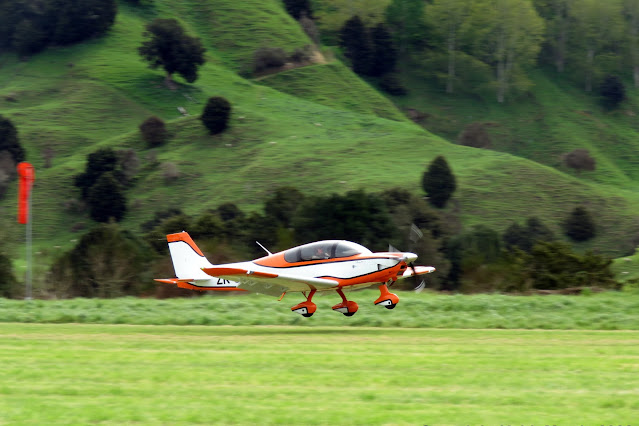 And the Nemo colour scheme looked great against the spectacular backdrop of the Taumarunui hills. 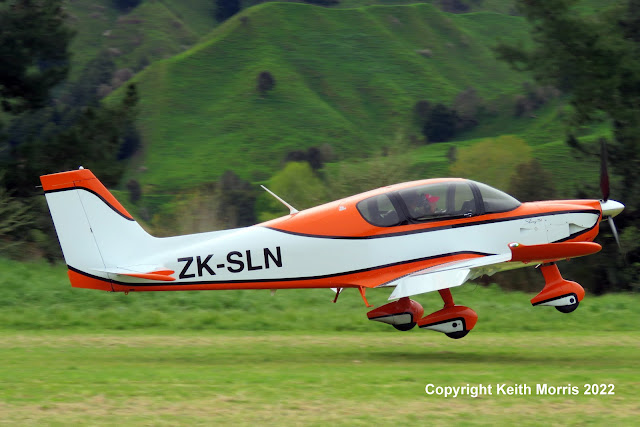