As well as the new Furio there were other interesting aircraft outside at Ardmore yesterday: 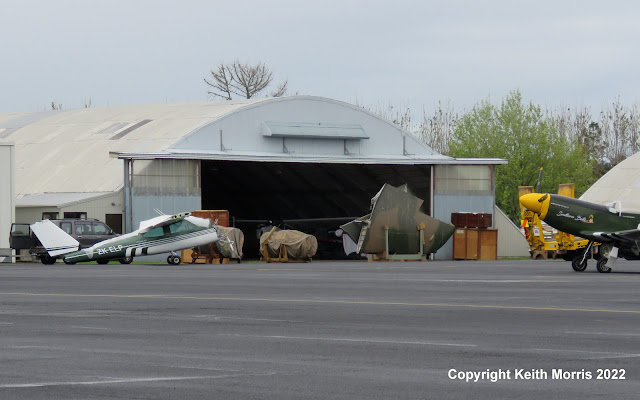 In the old hangar beside where the Thunder Mustang used to be hangared, some of the aircraft had been pushed outside to allow the loading of some large pieces of what looked like a large camoflagued jet (?) onto a low loader.  I was a bit pushed for time so I could not ask what it was, so can someone advise what it is?  The Cessna 177RG ZK-ELP has not appeared on the blog previously. 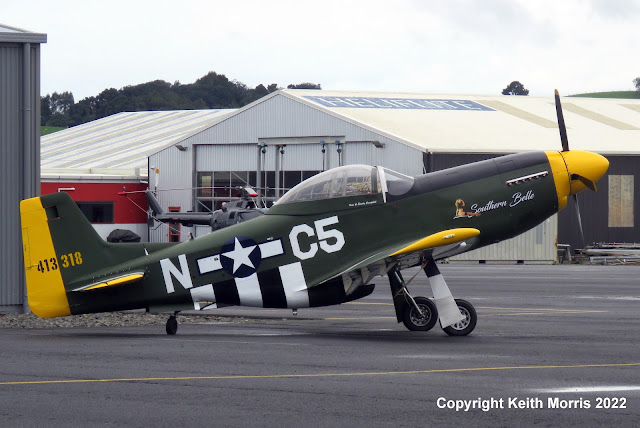 One of the aircraft outside was the Titan Mustang ZK-MJD. 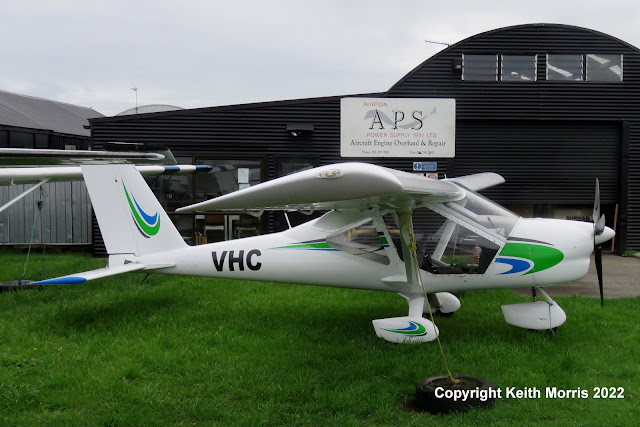 This was the first time I had seen the Aeroprakt A 32 Vixxen ZK-VHC which changed its ownership to a Private Owner on 4/6/22. 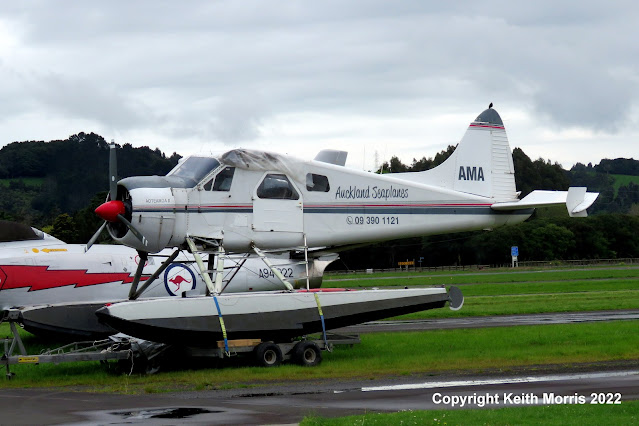 The wingless Auckland Seaplanes DHC 2 Beaver ZK-AMA2 was outside Avspecs.  It was damaged earlier in the year when it was blown over during high winds.  It is for sale I understand. And Warbird Adventure Ride's Supermarine Spitfire Mk IX ZK-WDQ is always worth a photo.
Posted by Sir Minty at 12:39