A windy day kept most of the Rotor Work fleet in the Waikato grounded today and visiting 3 of their bases the following were noted starting with R44 ZK-HFV5 at their main Kihikihi base.  This was imported new back in 2004 briefly as ZK-HKV3, then ZK-HKP3 before becoming HFV upon acquisition by Rotor Work in 2014. 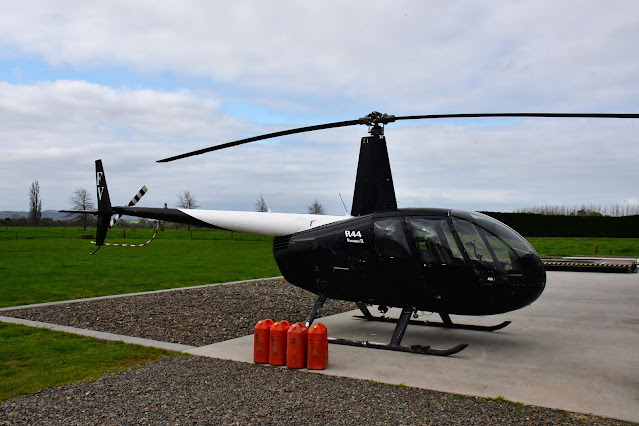 Further down the road near Te Kuiti was R44 ZK-IWH which has recently acquired a smart new paint scheme.  This was imported new in 2004 and acquired by Rotor Work in 2017. 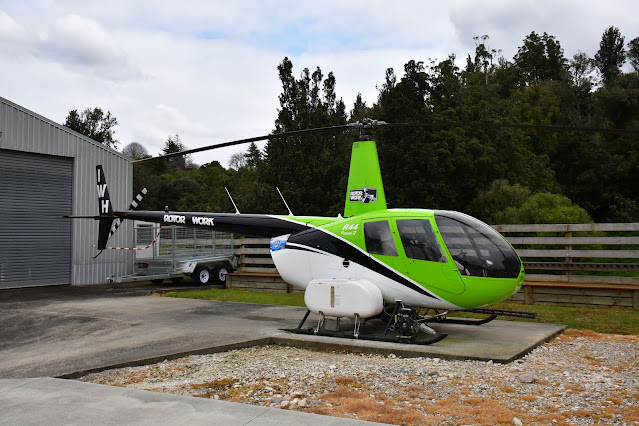 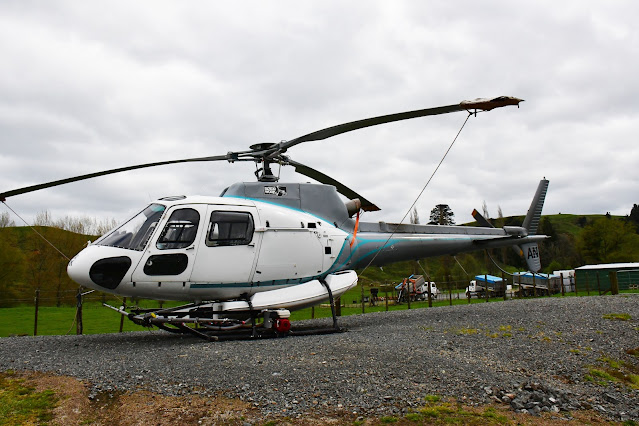